Two games this week, both Sudan. The scenario was Seek and Destroy in which the Imperial forces must destroy a series of native buildings in order to win the game.

The small Imperial force deployed pretty centrally with the aim of advancing rapidly on the enemy. The Mahdists adopted a pretty defensive posture, looking to draw the enemy into the village. 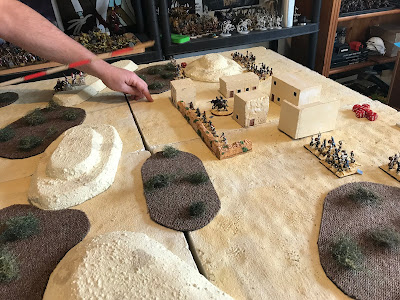 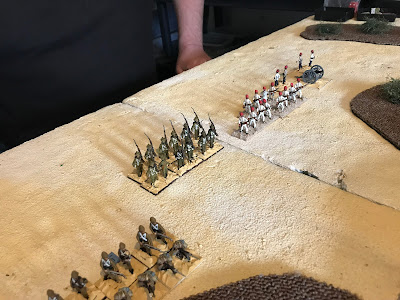 The Imperial advance was rapid, aided by the C-in-C having a trait that allowed the possibility of a double activation each turn. 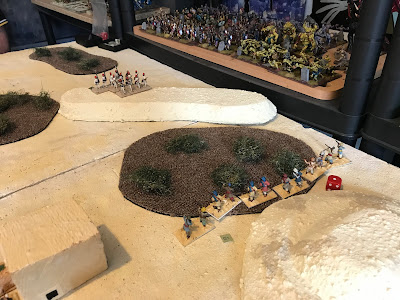 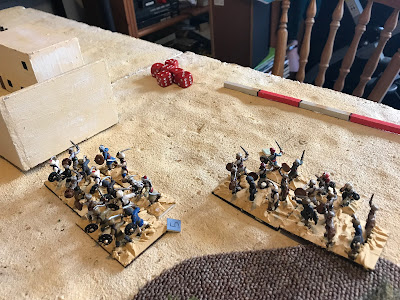 Playing on the other table I missed most of the action but the game was a blood one with the Imperial units routing the Mahdists. Imperial Win.

The British deployed to the centre and the east, with cavalry covering one flank and the Egyptians in the centre. The Mahdists deployed with strong flanks, hoping to envelope the Imperial troops before they could damage the village. I was the Mahdi on this occasion. 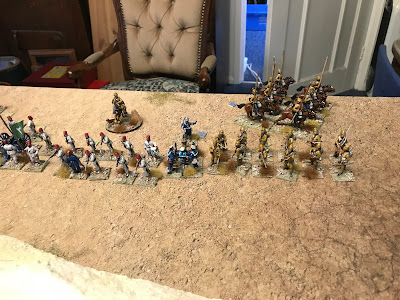 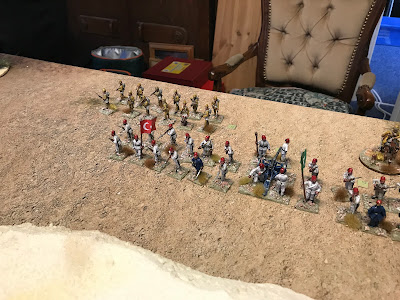 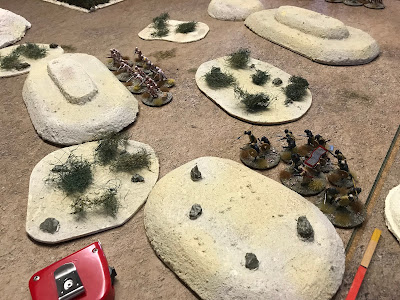 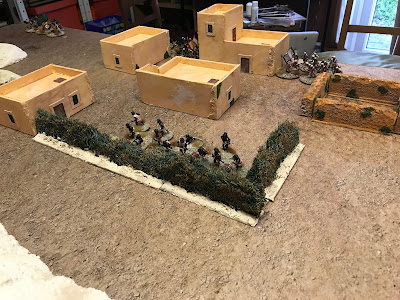 The British advance began well as they pushed onto the hill and came in range of the village. the Mahdists moved through cover in an attempt to surround them, whilst looking to snipe away at the attackers. 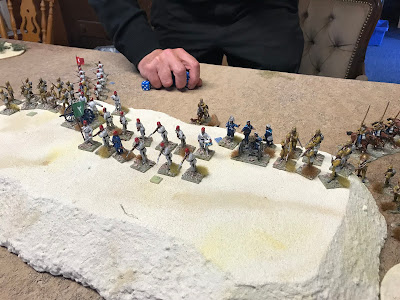 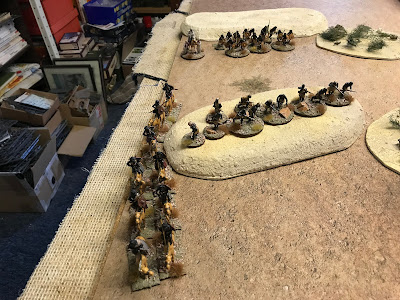 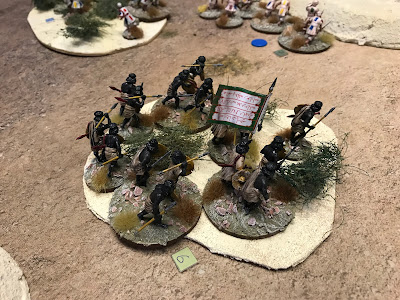 The early turns favoured the British as they managed to pin down the Mahdists riflemen and cause some damage on the village. Their Hussars were successful in routing a group of Beja camel riders seeking to  outflank the lines. 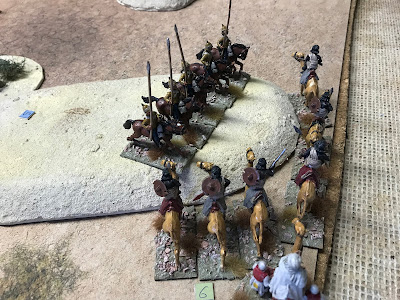 In the second half of the game the Mahdists managed to launch a strong attack into the western flank of the British line. The Egyptian unit panicked and fired high, allowing the Mahdists to overwhelm them roll up the flanks of both British infantry units. 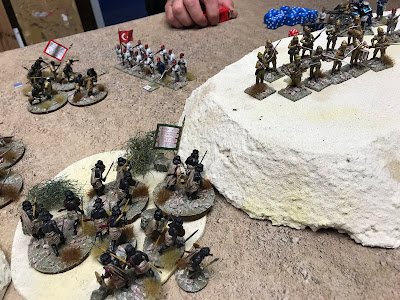 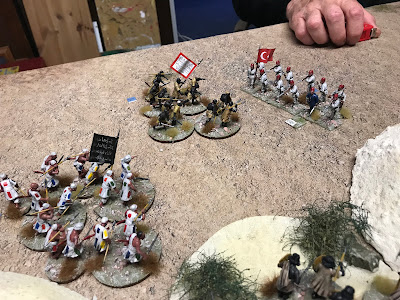 The last unit of Egyptians was hit from two sides despite a valiant fight they routed. Mahdist win. 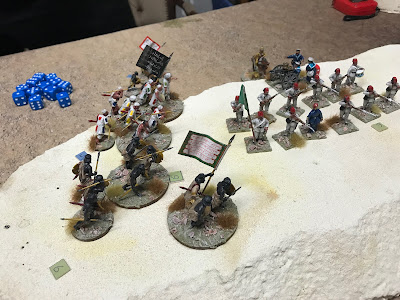 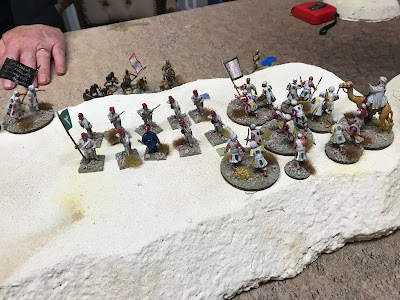