On Sunday afternoon we played our second game of Napoleonic's using simple rules and Zoom for the remote commanders. A slight tweak to the rules was a bonus for the assaulter in any melee.

The scenario was a simple one - both sides had to try and capture the crossroads and at least one of the hills that overlooked it. To hold the crossroads both B5 and C5 must be captured. 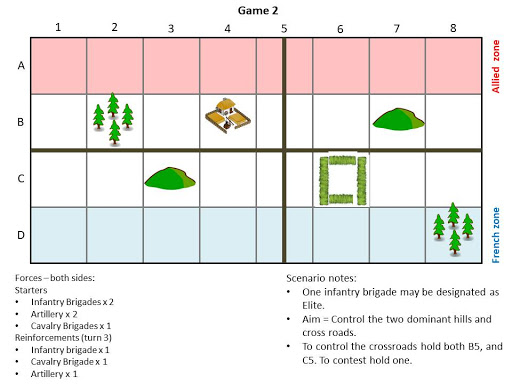 The French massed all their forces in D5,6 and 7 with the hope the reinforcements would take the hill on their side. The Allies spread out looking to hold the hill, crossroads and town, whilst come cavalry tried to secure the hill on the French side. 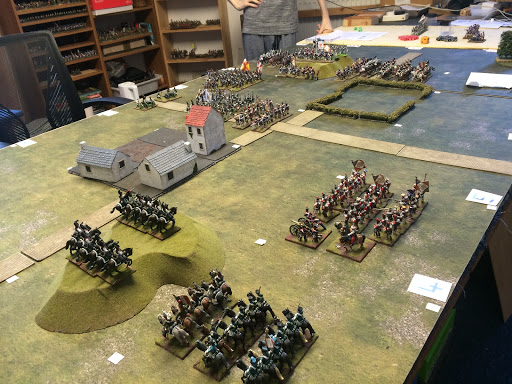 The hill at B7 was the focus of a major French attack which was successful initially in pushing the Allies off, Centrally they badly damaged French units trying to secure the crossroads, leaving them free to assault and contest hill B7. 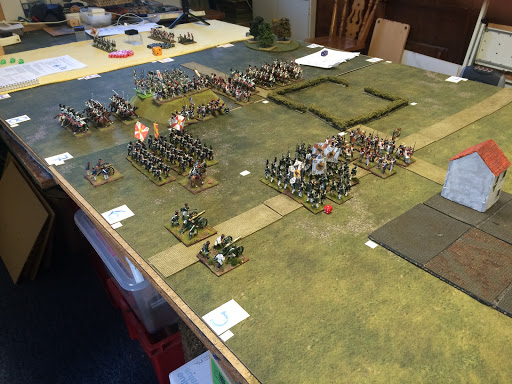 The French reinforcements  were sent into action to retake the hill at C3 which was held by allied cavalry. while the reserve infantry tried to first attack the town and then the crossroads. The Allied reserves were almost all committed to the retaking of hill B7 in a very intensive action. 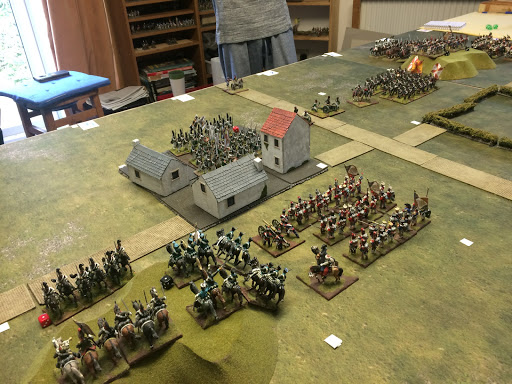 The end of the game saw a 0-0 draw as all three objectives were contested. The French were unlucky though as in the final turn 3 fresh cavalry regiments were unable to eject a single French regiment from hill C3 and claim a 1-0 win. 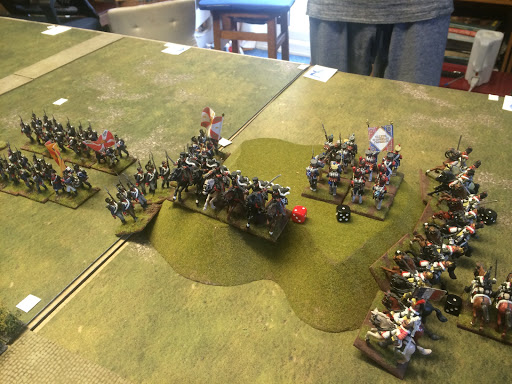 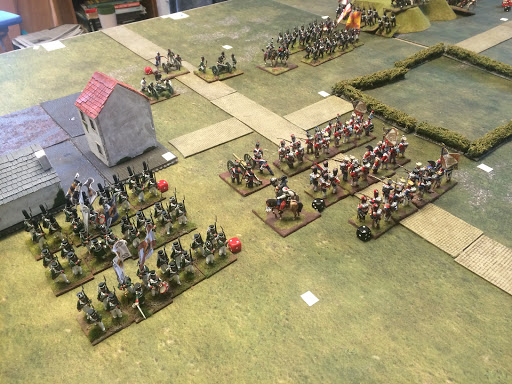 The second game seemed to go pretty well and was a more open affair that Game 1. The main glitch being the loss of one of the French commanders due to IT issues. We also learnt a bit more about  how artillery and initiative needs to work, so more tweaks for Game 3.
Posted by Wargamer Stu at 06:21