Just the one game this week due to illness and work patterns. This encounter was fought in a built-up area so was a close range affair. For this game we had two Hetzer tank destroyers against two KV1s. 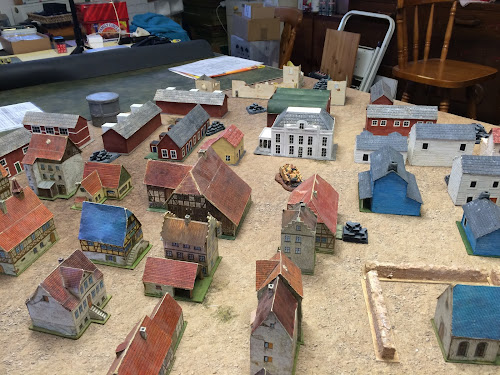 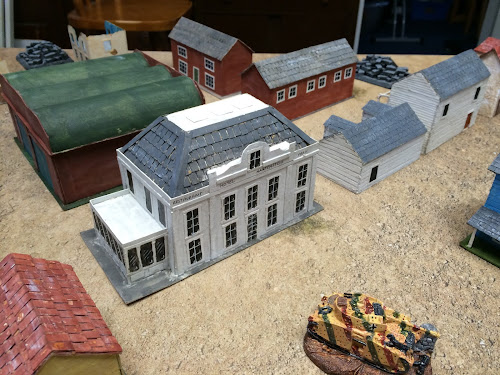 A combination of being Fast and some lucky command dice meant the Hetzers were able to close quickly with the KVs and get into good firing positions. Ac combination of Heavy Armour and having a turret evened the odds though. 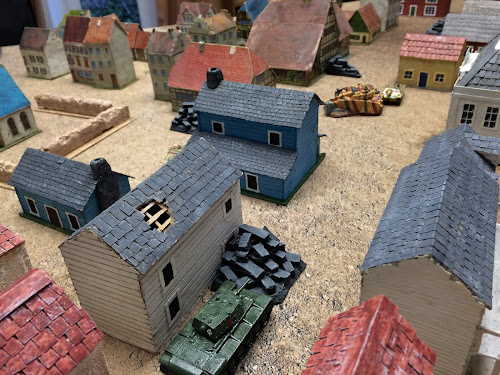 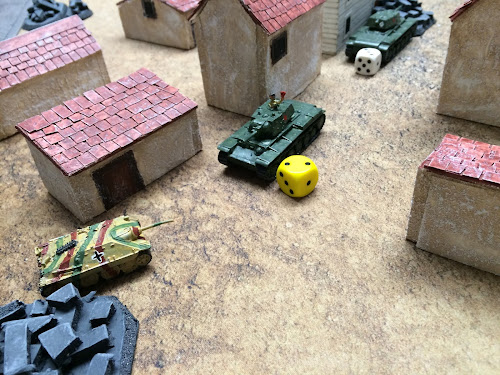 After a game of kiss-chase the KVs had managed to chip way a little at the speedy Hetzers. The game3 was decided in the German's favour by a couple of really decisive shots - twice the Germans did average damage but the Russian's failed to save a singe one and so exploded, going from pristine to dead instantly. 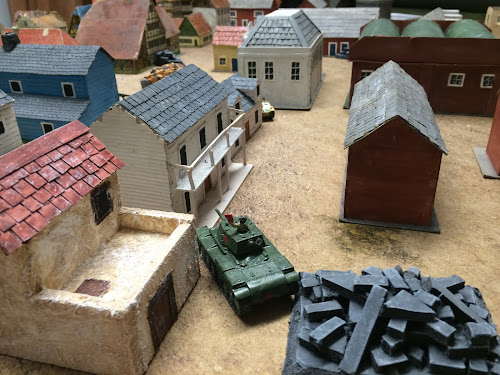 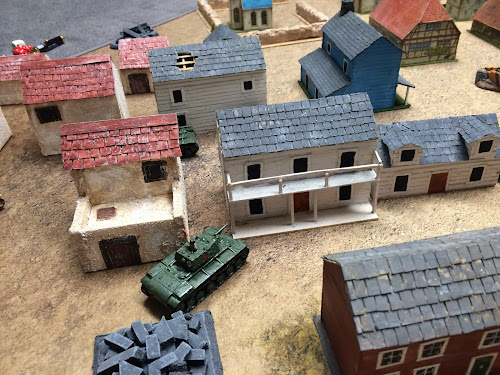 You may have noticed that at the centre of town was my version of the Hotel Hartenstien in Arnhem. About half the buildings used are some scratch-built ones I made about 20 years ago for use in a 15mm Arnhem campaign. There is currently an online campaign to save the hotel which is a museum as COVID has hit their income. 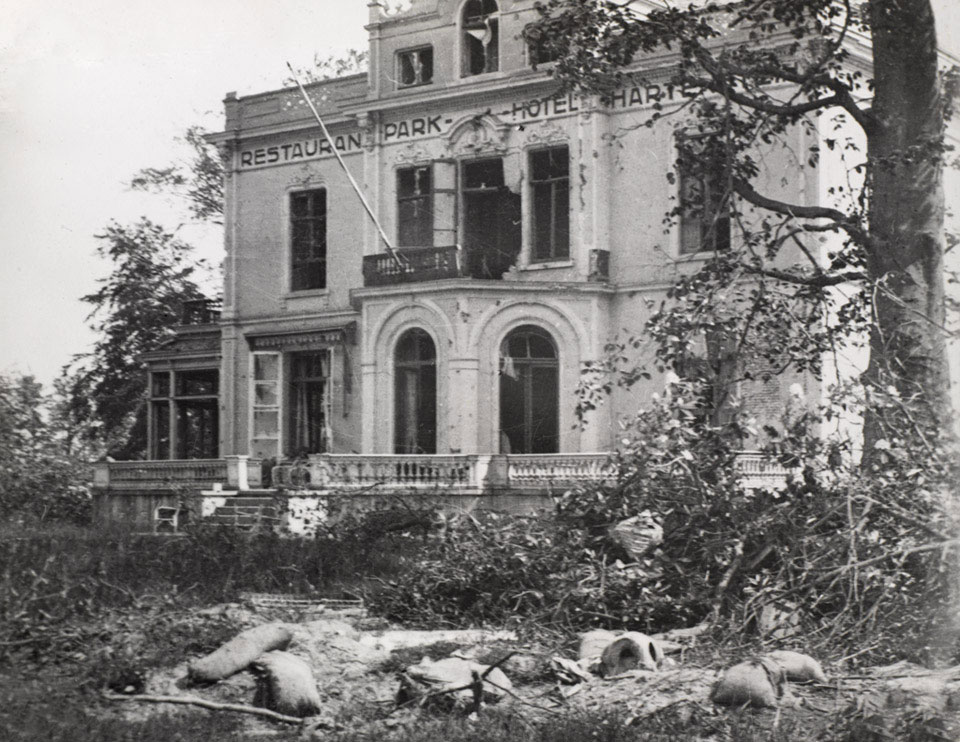