Nigel has been beavering away on his 20mm painting and has sent me the pictures below.

Some pictures of my  20mm Prussian 1806 army that I have finally got around to finishing. All Hat Industrie figures, 10 battalions of musketeers, 2 of grenadiers, 2 of fusiliers, 2 of jaeger, 3 of cuirassier, 2 of dragoons and one of hussars with 8 artillery. Not 28mm but I like them!
And a picture of repainted Airfix marching infantry with mounted colonel. These must be nearly 50 years old but I stripped the old paint and varnish off. They survived that although I have the plastic rot syndrome on other figures; they broke off at the ankles. 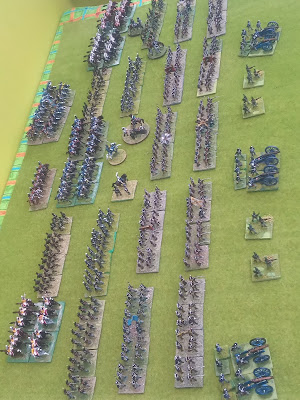 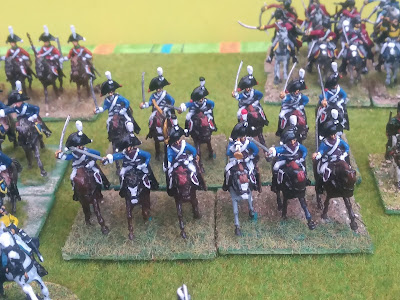 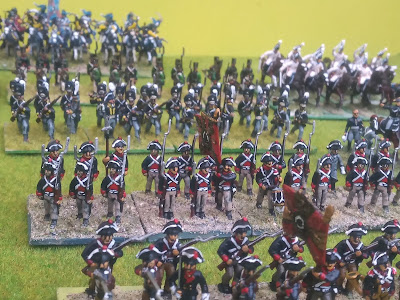 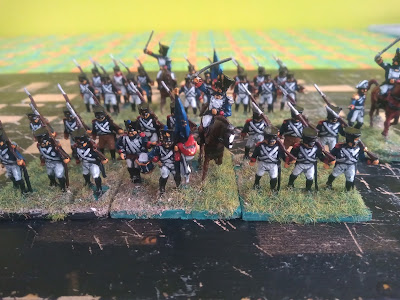 Pre-18912 is a nice period for fans of exotic head-gear. Hopefully the use of more modern water-based paints is kinder on the plastic than the old enamels were.