This week we had what will be our last in person game at my house for a while - being a family of 5 I was able to accommodate Roy, but will not be able to host normal club games for a while. So we're looking at more on-line play, some 1-1 games where time allows and the option of playing some games at Roy's as he's a small house-hold.

This is all contingent on any mixing being allowed, which feels more-and-more doubtful in the medium term. So more on-line will be the way to go.

Anyway, this week we did some WAT with Roy commanding two KV1 against two Hetzers. So scalpel vs hammer 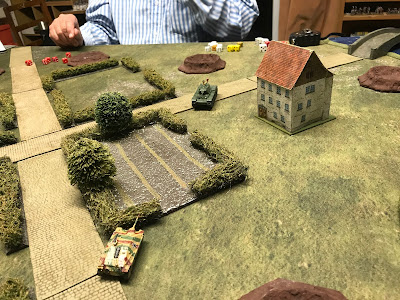 We each managed an early kill and then played cat-and-mouse around the village. I managed to engineer a couple of rear shots but could not defeat the KV's thick armour. 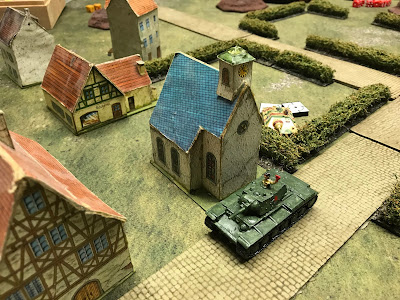 Eventually the Russian wore me down and I lost all command dice so was unable to escape. 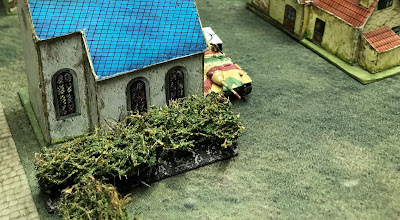