We managed two games this week, so employed both rooms for the games. 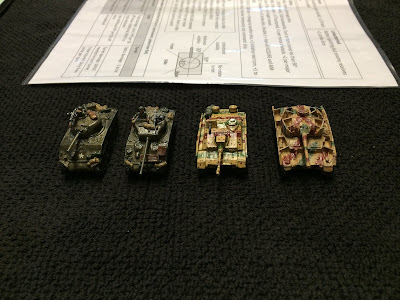 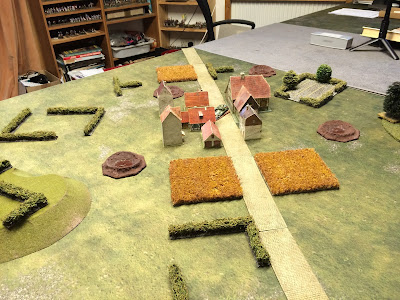 The US acted aggressively and pushed forward against the Germans who sought to occupy the town. 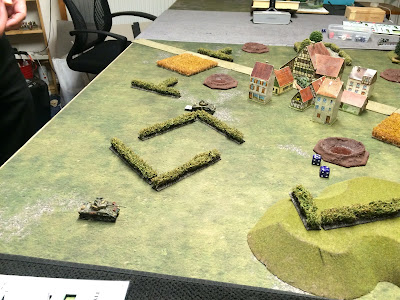 I was nt able to follow all the action but the result was the destruction of one Sherman and the other bailed-out. This result meant we had our first Ace of the campaign as Roy's StuG notched-up 5 kills without dying. 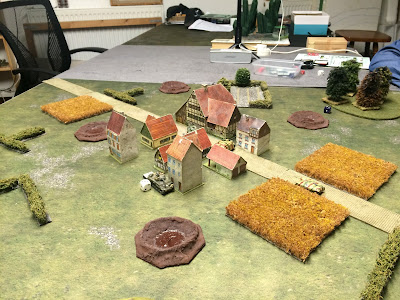 Table 2 saw the Russians verses the Germans. The Germans went for StuG IV and a late model Panzer III. The Russians fielded the rugged KV1s and a late model T-34 (76mm). We had a slight false start with both Germans brewed-up by the end of turn 2 by some lucky Russian shooting.  So we reset. 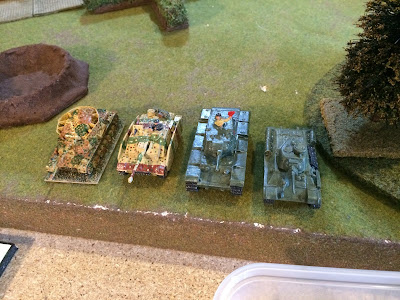 In the second game the Germans split-up while the Russians stayed tight. The soviets quickly surrounded the StuG and were able to finish it quickly before setting off after the Panzer III. 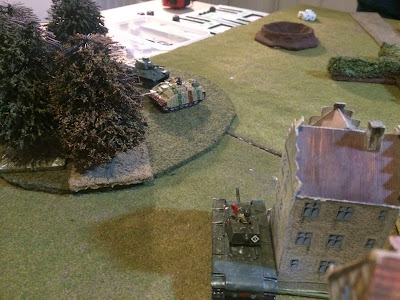 This ducked and dived and was able to disable the T34 before being chased round the town by the KV. The Russian monster wore down the Panzer and eventually it has to bail out as it lost all its command dice. This left the KV commander on 4 kills - 1 short of being an Ace 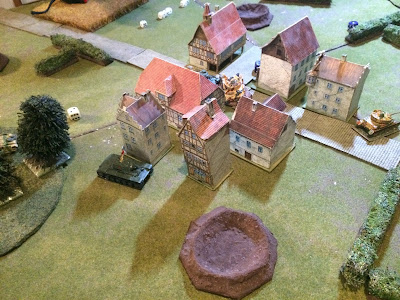 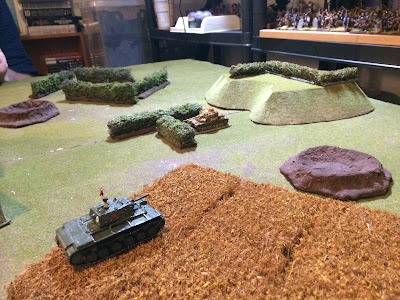