This weekend we held our third game of Napoleonics via Zoom. This week's scenario included randomly allocated reinforcements. Both sides deployed to occupy the farms closest to them, with the French tight and the Allies a little wider, with guns on the hills looking to bombard the town. A good plan but a short-lived one as the French quickly silenced the Russian guns. 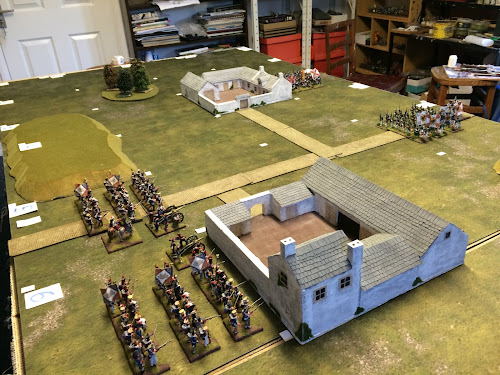 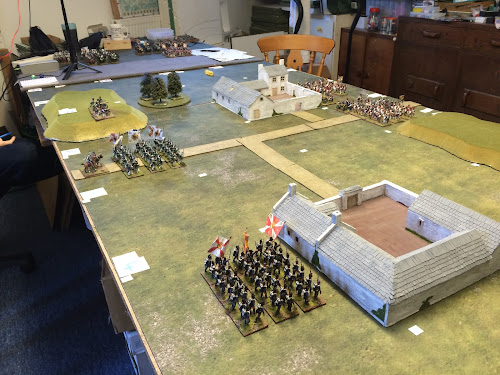 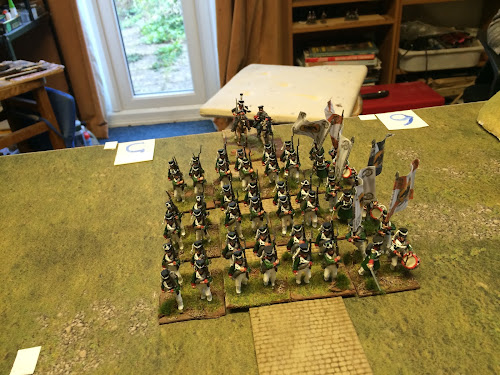 The French Elite brigade pushed forward deep into the Allied position ready to threaten their farm but quickly found themselves surrounded and under attack from two sides. The French were reinforced  by a gun in their centre (Y) and cavalry on the left (X).  The Allies were reversed with a gun at (Z) and cavalry at X. 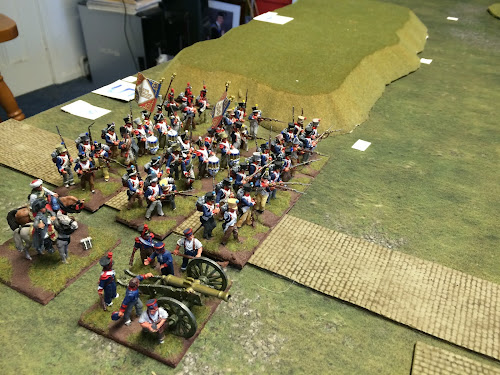 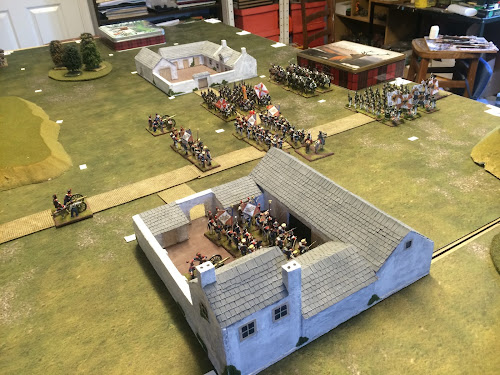 With the destruction of their Elite brigade the French became more defensive - they threatened the Allied farm with their cavalry and sought to reinforce the farm they held. Both sides received a further cavalry brigade in the centre (Y). The infantry arrivals favoured the Allies as their's arrived centrally (Y) where as the French were on the wide right (X), essentially putting them out of the game. 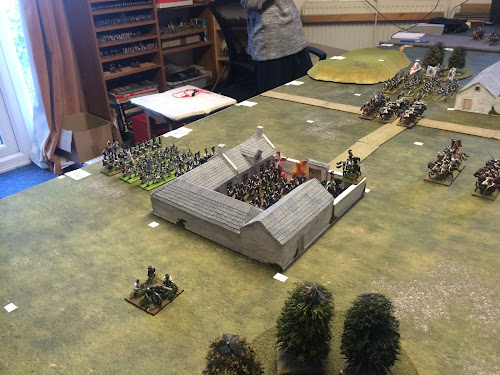 The final two turns saw some repositioning from both sides as the Allies moved their Elite infantry to assault the French-held farm. In a last gasp attack they charged-in during turn 6. Casualties were heavy but the French were unable to prevent the Russians gaining a foothold. 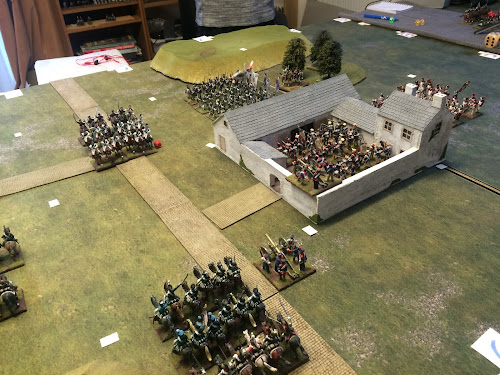 With one farm in allied hands and the second contested it was declared 1-0 to the Allies.

A fun game and nice to try unplanned reinforcements. We agreed though that the off table troops needed to arrive one turn earlier to really be able to have an effect, or perhaps the infantry should all have begun on table.