I've managed to get a couple of games in this week / weekend thanks to some stay-cation time.

The first was a continuation of a Kings of War campaign featuring Good Undead (some complex magic / morals involved) vs the Demonic Forces forces of the Abyss. It was one of my favourite scenarios  - Smoke and Mirrors - where each player places 5 objectives ( 2 * 0 VP, 2 * 1VP, and 1 * 2VP) and then both flip one per turn. So lots of bluffing can be done.

In this game it tuned-out we'd both gone for the centre / eastern-end for our scoring tokens. I made good headway initially and was able to dominate the eastern side of the table whilst the Undead were strong in the centre. 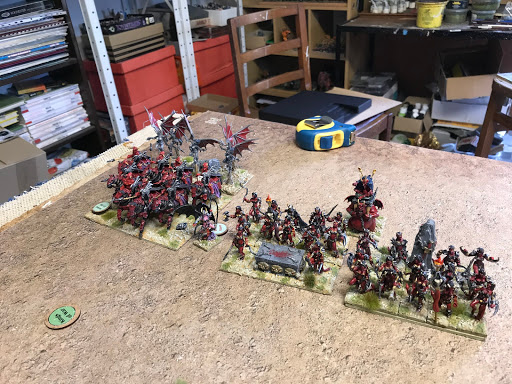 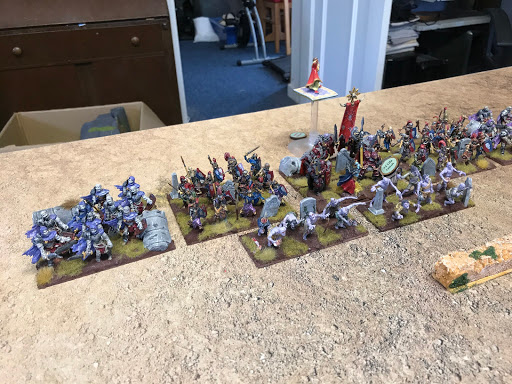 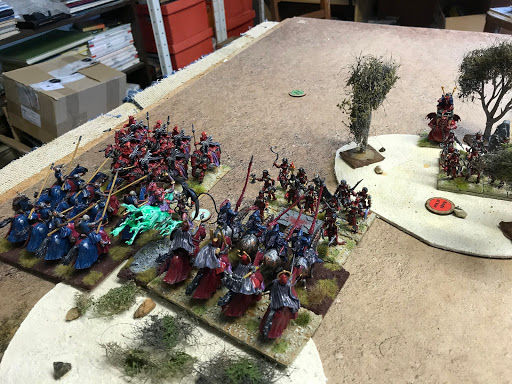 In the end it was a 5-2 loss though. The greater numbers of the Undead hordes allowing them to get greater Unit Strength to a few of the high-scoring objective. I was not helped by my Arch Fiend spending most of the game pursued by several skeleton units and getting rear charged - which he survived but got bogged down. 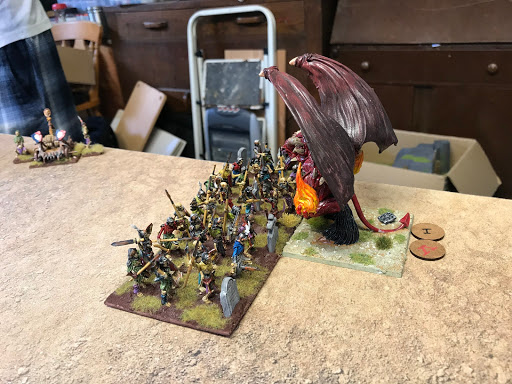 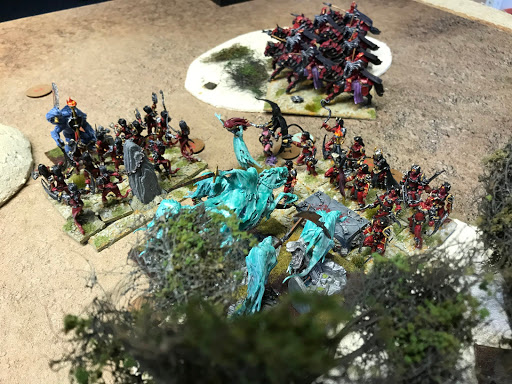 The second game was over in Fishponds where I played my first couple of games of Deadzone - a scifi skirmish typically involving about about a dozen models a sidec on an 8 x 8 gridded table. I was the Space Orks (aka Marauders) facing off against the Rebels.
The games key feature is it uses "true line-of-sight" so you spend lots of time at hunched over trying to get a figures I view. 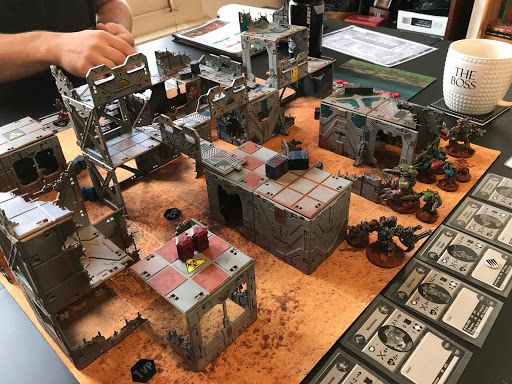 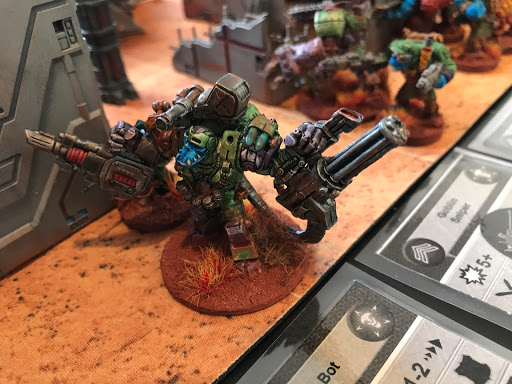 Game 1 was pretty close as I lost 16-13 but the second was 16-9 as a I got a bit boxed in.  Given the right terrain the system could work well for any FIBUA-type games in a shattered city. 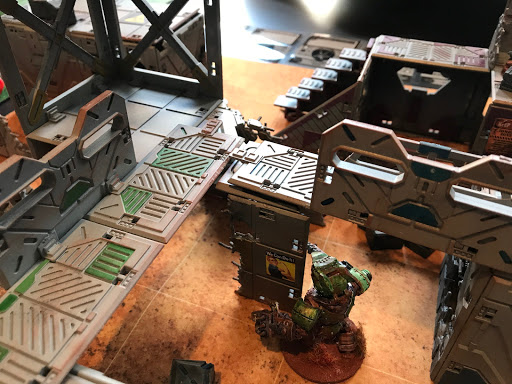