What a tanker week 3

We had a modest amount of tension for this week's game - one of Roy's tankers was on 4 kills, just one from Ace status. Could he get that last kill and survive to reap the rewards? We played 4 Shermans vs 2 StuGs in a 64 point game with Roy piloting the StuGs.

The terrain featured a small village on one side, fields on the other and some crops in the centre. Two objectives were placed along the centre. The brewed-up Sherman and an HQ tent in the woods. 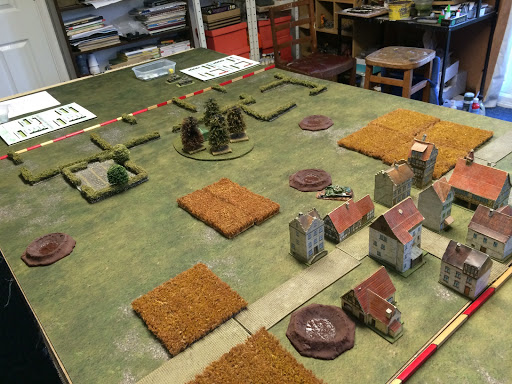 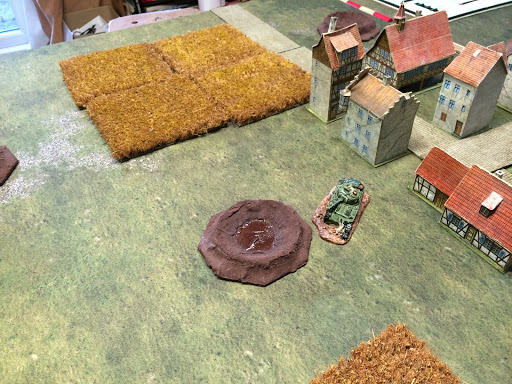 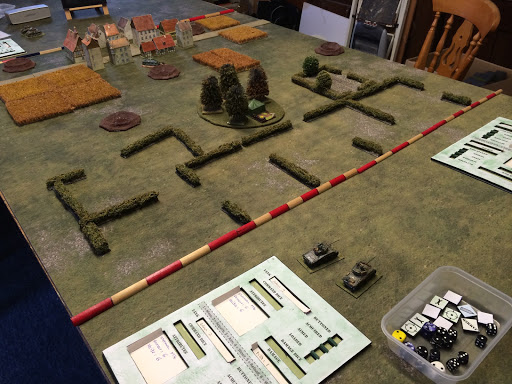 I advanced my Shermans through the village with one being popped in turn 1 by and advancing StuG. so my other hunkered down whilst both StuG's then moved against the Shermans on the other side. 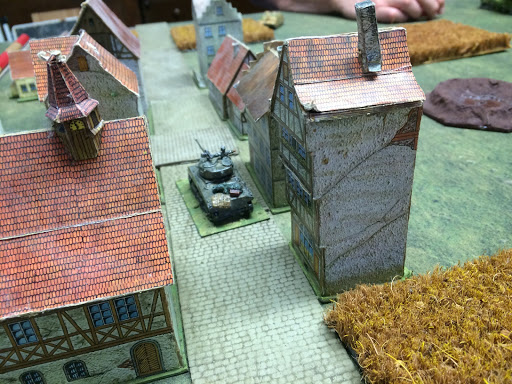 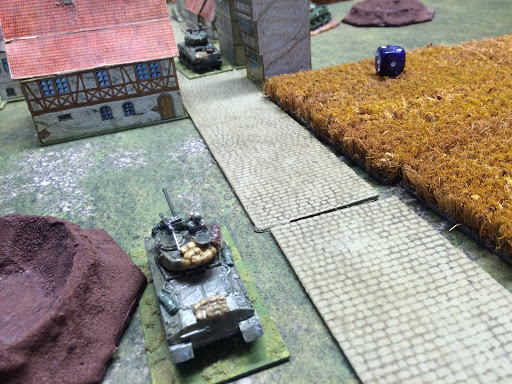 With one Sherman distracting my killer I was able to rapidly flank and destroy the brute.  This pushed the advantage back to the Allies as it was now 3-1. 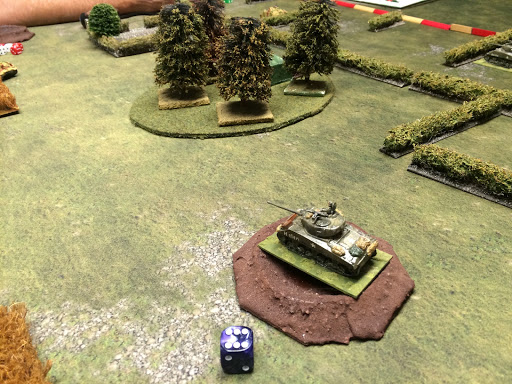 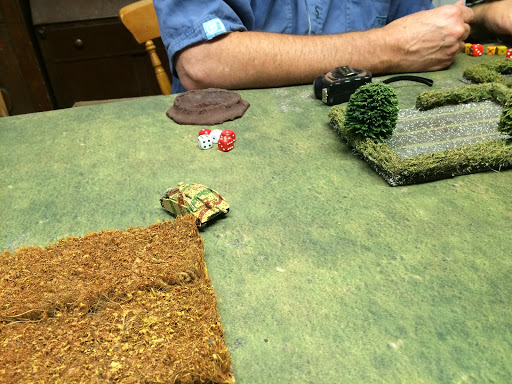 The remaining StuG pounded away at the Sherman to its front but failed to either hit or cause serious damage. This allowed the remaining Shermans to flank its position. It proved a tough nut though and eventually was forced to bail for being reduced to 0 command dice, rather than being destroyed. 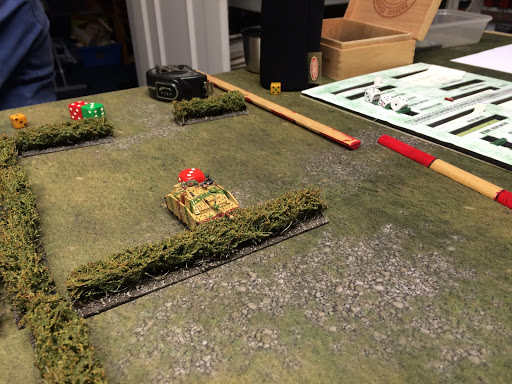 So an Allied win but the crew on kills survived and so can try again next time to earn their Ace status. In the end it was a solid win for the allies but could easily have been different. The Germans had the chance to knock-out two Shemans in turn 1 and and 2-a-side the Allies would have stood little chance. 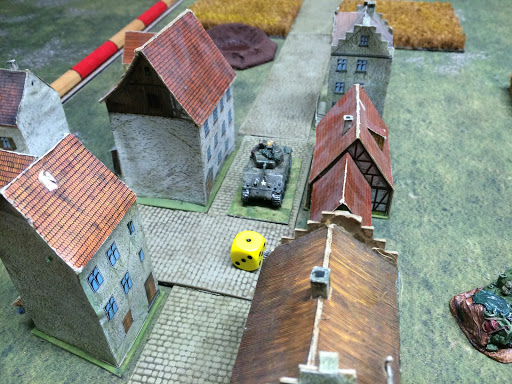