I've managed to complete a couple more units of Ottomans recently but I'm a bit behind on my posts.

The first unit are some Janissary cadets in their fetching pointy hats. The models are Trent Miniatures Djiveleks but they also are called Ajemi by some authors. They are splendid fellows though and I've gone for a nice bright blue. 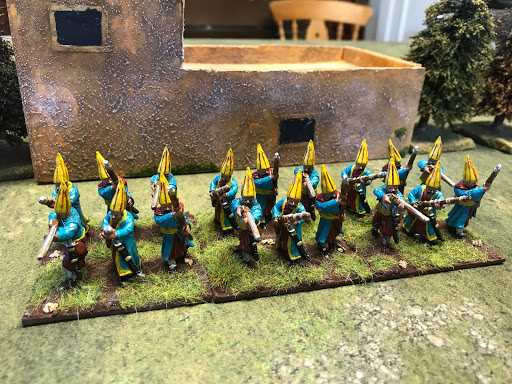 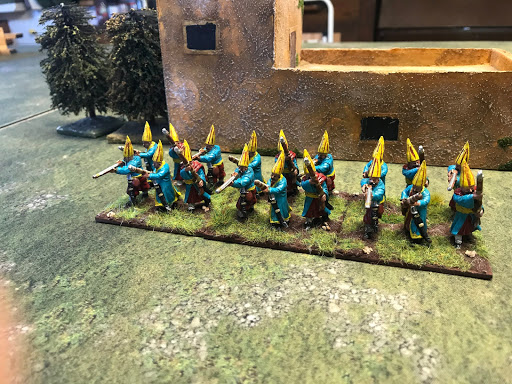 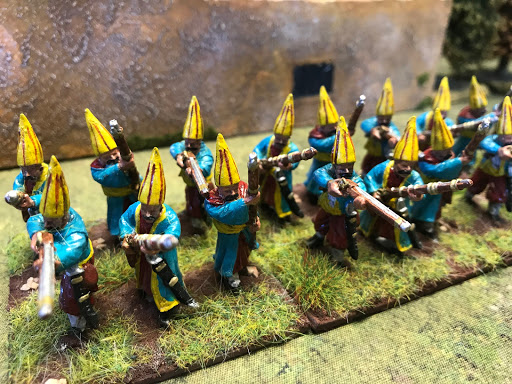 Rather dull by comparisons is another units of Azabs, the second of three I'm planning. 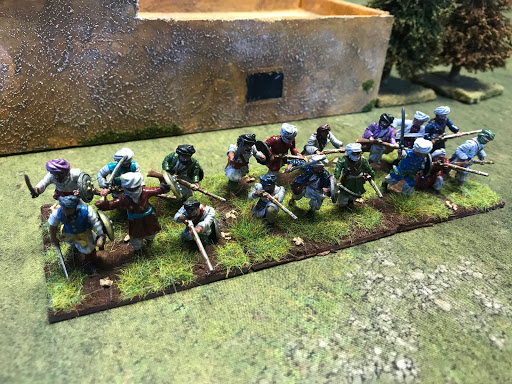 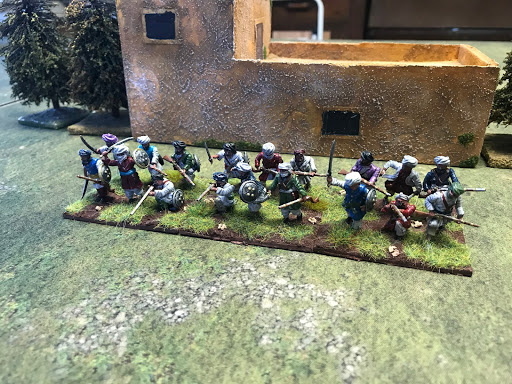 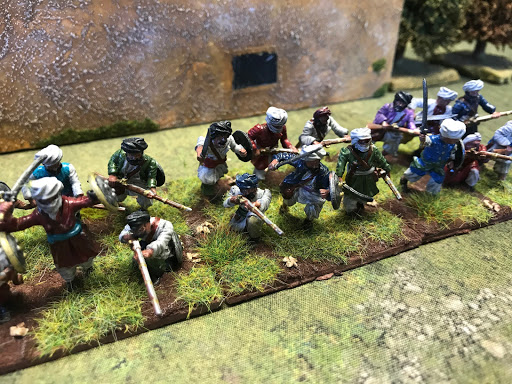 Its starting to look like I'll be fielding 4 brigades - Janissaries, Cadets / "new" troops, Azabs, and Marksmen. The guns are currently being based so will be posted soon