As step 2 in resuming some gaming we introduced Zoom this week to our WAT game. This was social Zoom rather than people commanding tanks but we may try that next week if the view was good enough. We setup with two cameras - one on the table and one on a couple of the players. 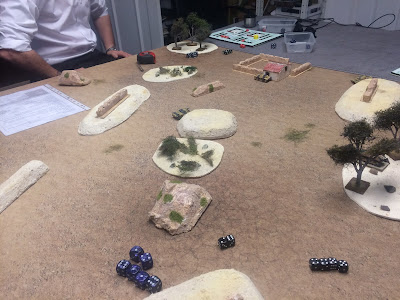 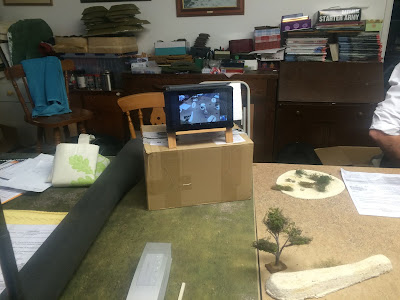 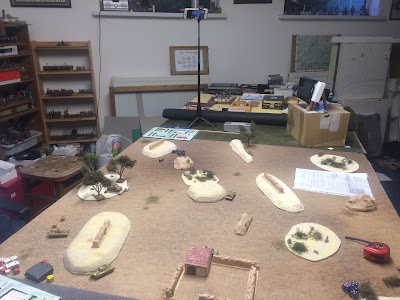 The game itself was a western desert one - 2 * Stug III (short 75) took on 2 * Crusaders and an M3 Stuart. A simple scenario trying to secure a small house and kill the enemy. 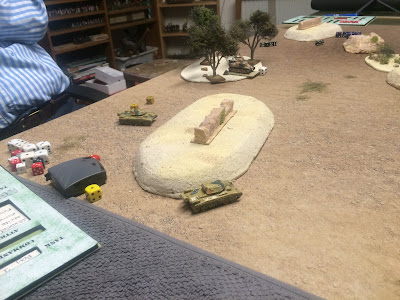 The Stug's were the better vehicles being low profile (hard to acquire), tank destroyers (better at aiming) and having slightly thicker armour.  The Crusaders were quicker than the Stug's and the Stuart had the best gun. 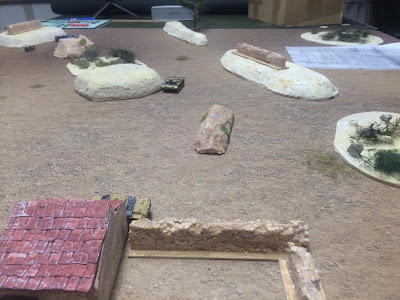 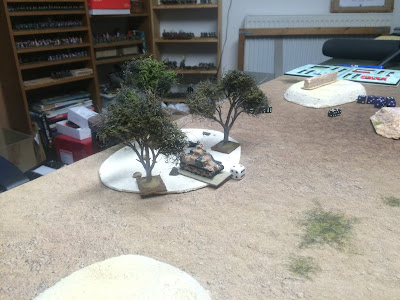 The Stug's pushed-up quickly and grabbed the objective while the Brits hung back before the Crusaders tried to flank and the Stuart provided a base-of-fire. Focusing their shots the Brits were able to whittle-down the Stug near the house. WAT has a neat system where damage reduces command dice needed to active a tank, and so gradually degrade becoming easier and easier to destroy. 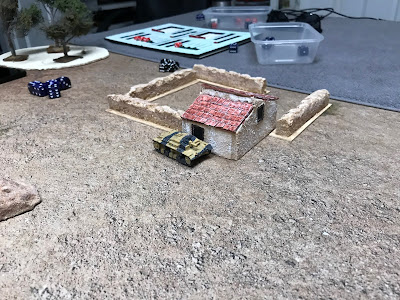 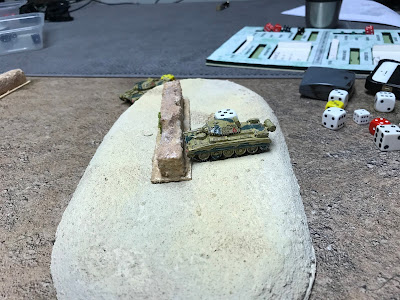 The game ended with one Stug bugged-out (0 command dice) and the Brits in control of the objectives, so giving them 2 kills for two of their tankers (1 per player). 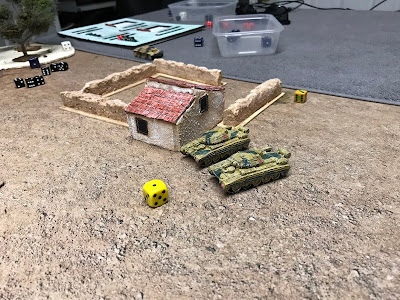