For this week's games we had two tables so we could maintain distancing; Germans verses Russians and Germans vs British. Both tables were rolling fields with plenty of hedge lines.
Table 1 had a Panzer IV + Hetzer vs a Firefly + Cromwell. The central objective was a British MP's roadblock. 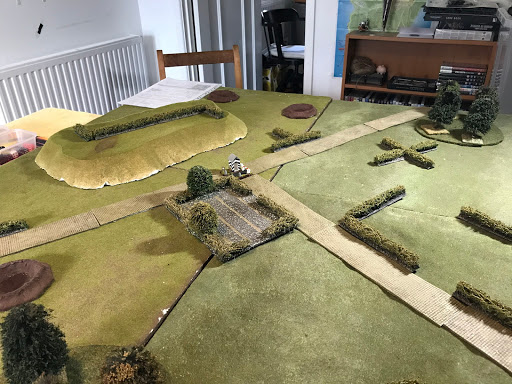 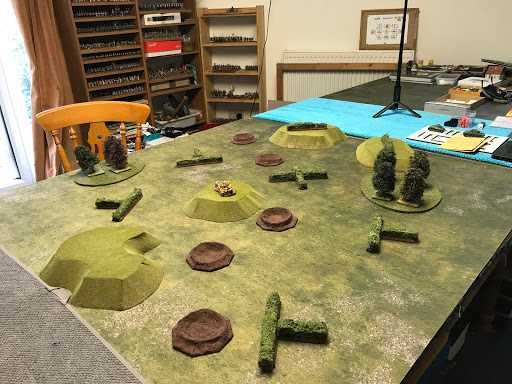 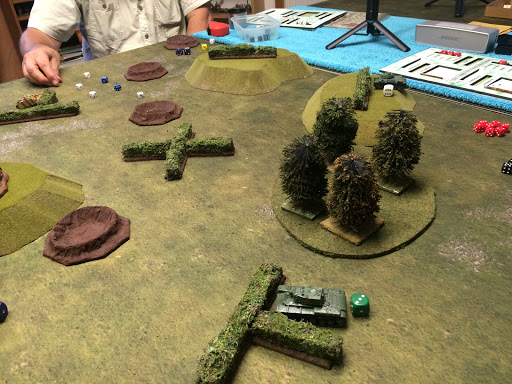 On table 2 both sides found  cover early and started taking pit-shots from long-range. The Panzer IV died early but two spectacular shots, combined with some average Russian saving, saw the StuG take out the Russians. 2-1 to the Germans. 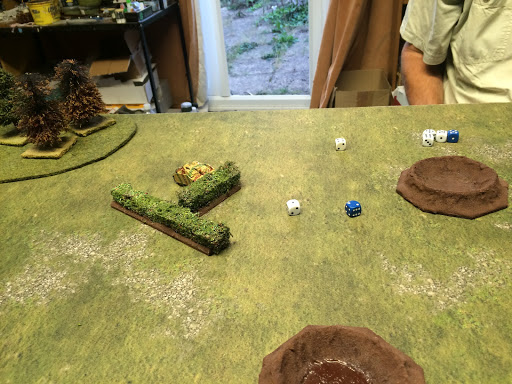 On table 1 the British advanced bodly in their first outing, while the Germans snuck the Panzer IV around a large to get a flank attack on the Firefly and destroy it. 1-0 to the Germans. 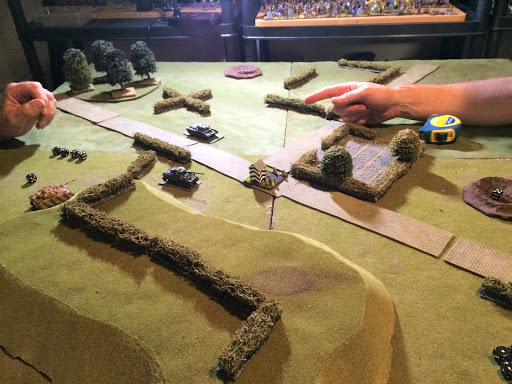 The later war tanks are proving more deadly than the early ones, due to the numbers of dice rolled. It takes 3 unsaved hits to destroy a tank outright. That's tough when early tanks are typically only rolling 4 attack dice, but its easier with the 6 - 9 found in late war tanks.
Posted by Wargamer Stu at 23:17