The Wards of Agnih-Bhanu - the final game

The final game of the mini-campaign was the Push scenario where the armies get 2 VPs for each loot marker over the half way line and 1 VP for each in their own half. The Warns of Agnih counting as loot. Getting two of the wards to Agnih allowed you to take control of her. 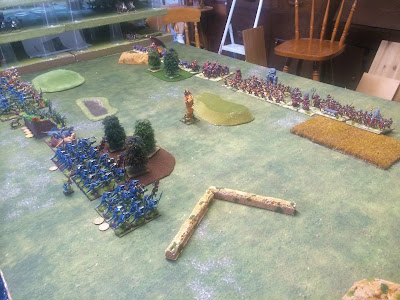 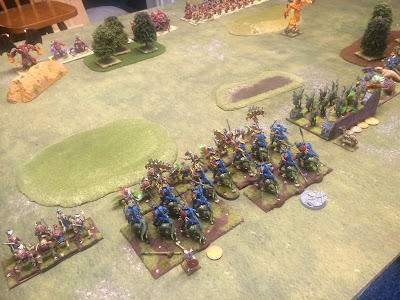 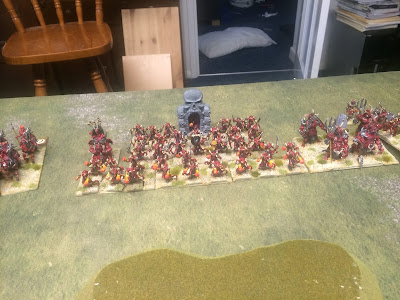 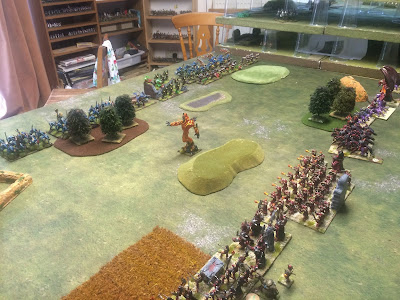 The opening moves were fairly cagey as both sides indulged in a little shooting which caused little damage to the Abyssal Horsemen but did allow the Lizardmen Corsairs to remover the Abyssals fast chaff. 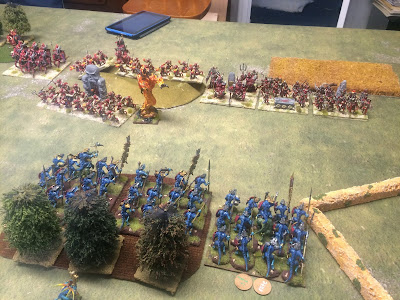 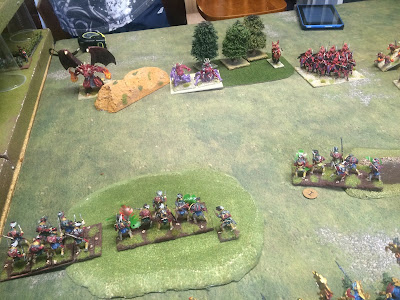 The Abyssals Horsemen then ploughed headlong into the SkyRaiders but were unable to break them and so got flank charged and wiped-out by the Rinosaurs. 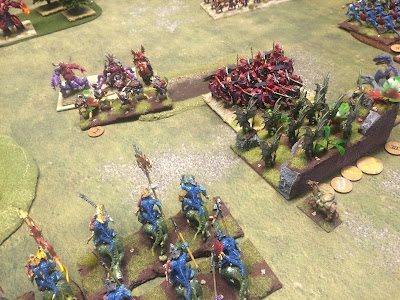 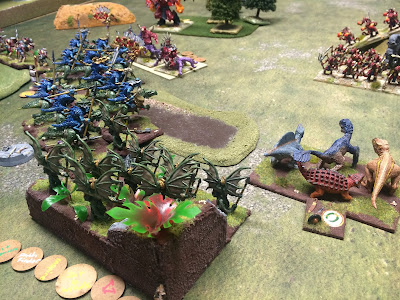 A second wave of attacks cost the Abyssals their Archfiend but in combination with Molochs they routed a unit of Rinosaurs and captured a token. A devastating round of Abyssal shooting routing one of the Rinosaurs. 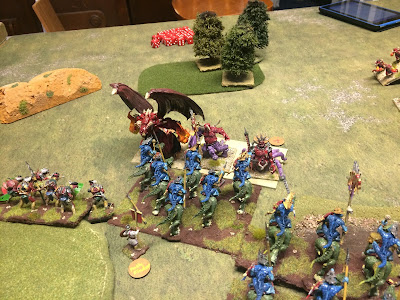 Battle was joined in the centre when the main lines clashed. The Lizards came off second best as they were out numbed, but bought vital time for the Corsairs to recaptured a token and move against the flanks of the main line. 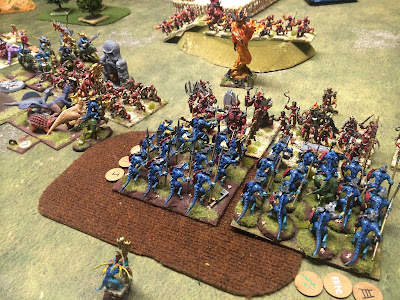 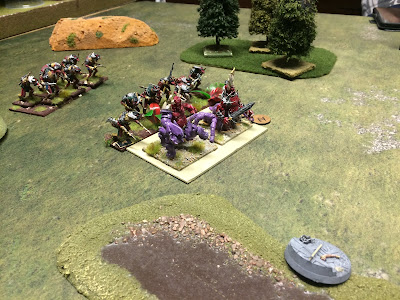 The battle ended with the SkyRaiders swooping over the halfway line in the last turn to make it a 4-3 victory for the Lizardmen. Neither side in the end managed to active Agnih as the focus was firmly on winning.

The game featured another new unit - the Lower Abyssal horde. I'd originally planned to have the Lowers streaming away form the gate but the narrowness meant it would not be possible to get a decent looking number of models on the base so I went for a more conventional setup. 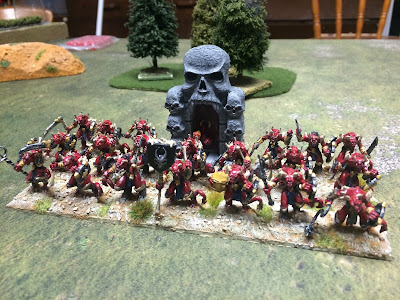 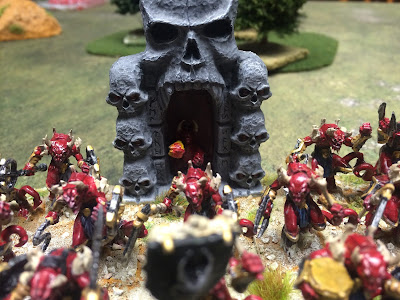