A brace of Kings of War games

This week end I managed a couple of games with the Lizardmen - battle 3 of both the Tale of Two forts and The Wards of Agnih-Bhanu.

The Tale of Two Forts

The game was against The Herd and was Control - here the table is divided into 8 parts with points awarded for having the most troops in the zone. I chose to deploy with the bulk of my attacking units on my right and refuse the centre and right. The Herd looked to attack more centrally with fast flying units against my refused flank. 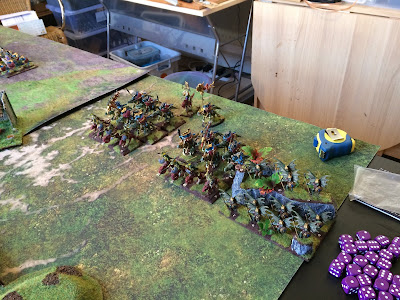 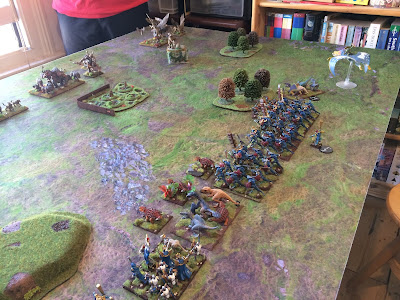 The Lizardmen pushed forward against the Herds left. The combats went well but the space was very congested so it took longer the breakdown the enemy than I had hoped. 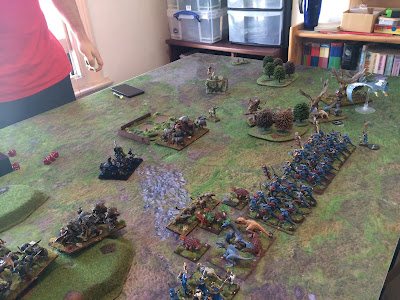 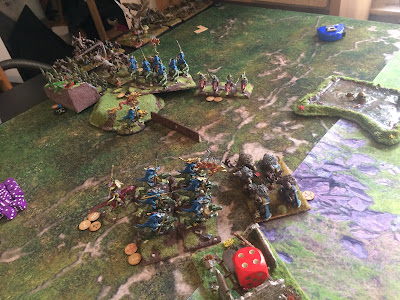 On my right I was out-numbered and the faster Herd flyers / monsters cut into the Lizardmen lines. There was a very lucky moment where a key Herd unit was routed on a double-6 which stopped the whole flank collapsing.  The flank would fall in the end, but bought vital time for the rest of the army. The final score was 4-3 to the Lizardmen.

Notably the Basilean Paladins managed to get into the action for the first time helping with the routing of a couple of units of Herd troops.  Its also the first win over the Herd for the Lizardmen, pulling the campaign back to 2-1.


The second battle was against the Abyssal troops. We fought Eliminate, where points are awarded for destroying the 3 most expensive units on the enemy side with fourth point for a campaign objective.

I deployed in a tight formation the Ancients on Rinosaurs supported by the Crew of the Embers Dance and Skyriaders on the right. I went for a centre and left using the terrain to give a good defensive position. 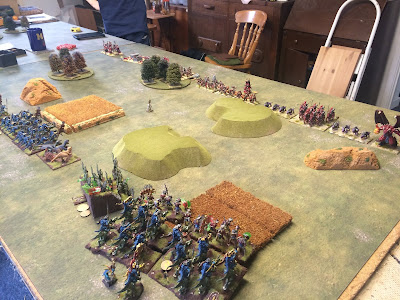 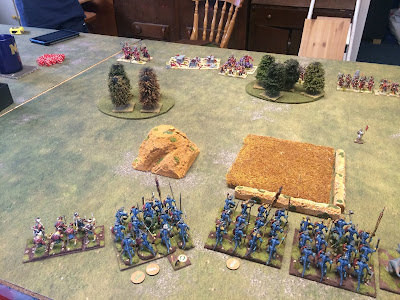 The Abyssal forces spread across the table with hard hitting units peppered amongst more shooty elements. 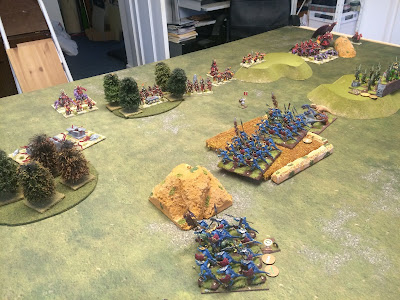 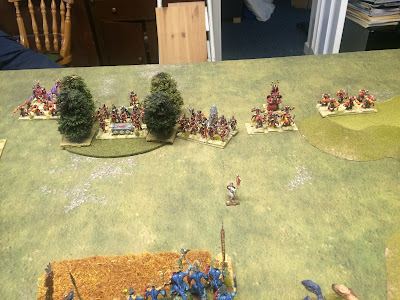 The Abyssals pushed forward cross the line looking to close the space and threaten the central objective. A vigorous attack disposed of the Skyraiders  (one of  my 3 scoring units) but I was able to counter attack with the Rinosaurs and destroy two scoring units (Arch Fiend and Abyssal Horsemen). 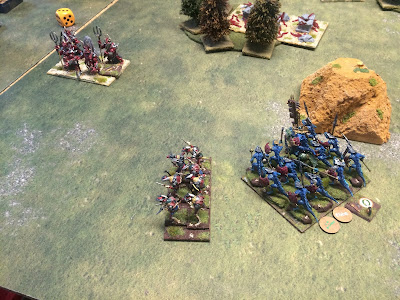 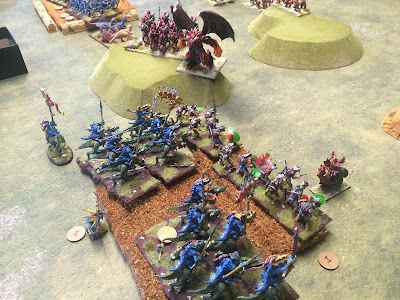 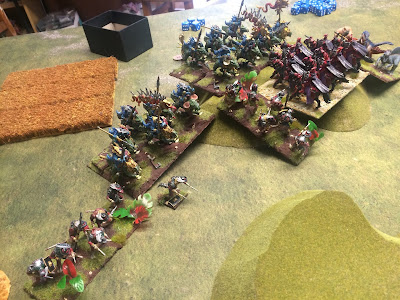 Centrally the Abyssals launched a strong attack with the Succubi that punched through after a couple of turns and threatened the left flank. This bought time though for the Rinosurs and Embers Dance to swing into the centre. 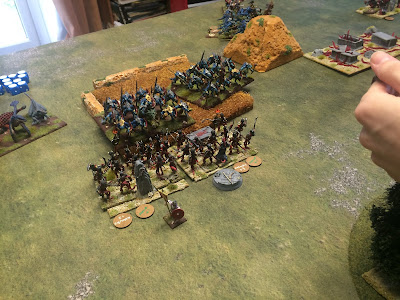 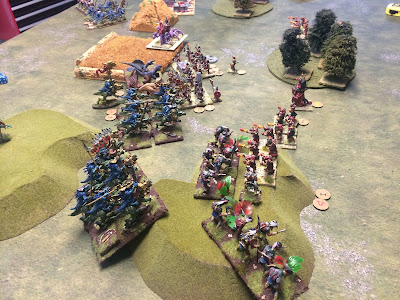 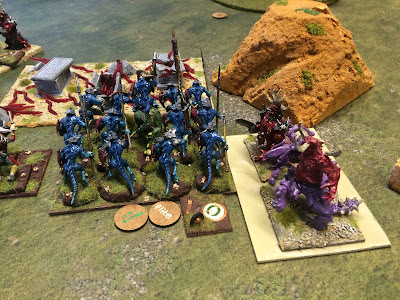 The final result was a win for the Lizardmen by 2 units to 1. I lost my Ward but was able to gain two more. As we enter the final battle the Lizardmen hold the Spear and Banner (Elite melee and Inspiring) and the Abyssals the Shield (+1 Regen).

The Crew of the Embers Dance proved useful as flankers and chaff killers but were not tested against heavier units.