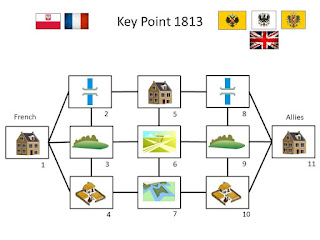 The battlefield featured a central town with woods to the west and hills to the east. The campaign moves had led to an even battle on this occasion, with two infantry and one cavalry brigade a side.  A nice size as a couple of players were absent on other duties. 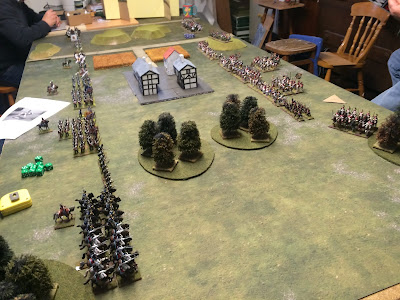 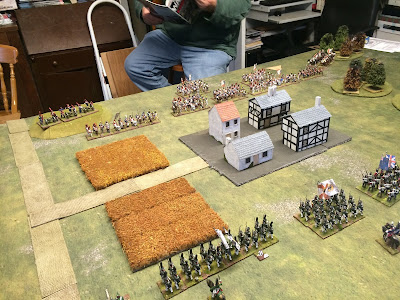 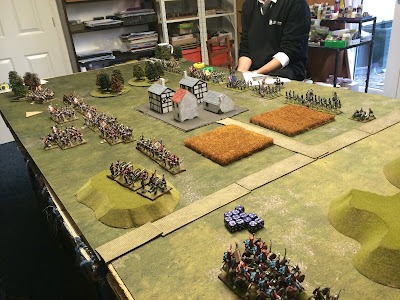 Both sides quickly occupied opposite ends of then town and began a firefight that would last for the majority of the game. In the west the French Cuirassiers were compelled to charge their Russian opposite numbers despite the presence of some Hanoverian hussars lurking on their flank. 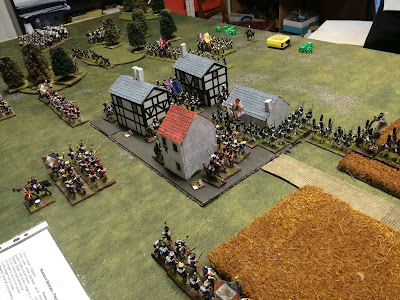 They made short work of the Russians but were themselves taken in the flank - things look bad for the French heavies. 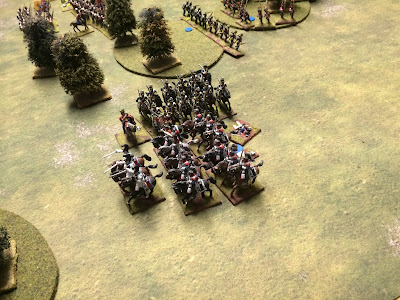 In the centre the Russians probed towards the town while the French dragoons pushed forward to engage more Russian horse.

Despite being at a significant disadvantage the brave Cuirassiers beat off the Hussars and routed their second unit of Allied horse. A welcome if unexpected outcome for the French. 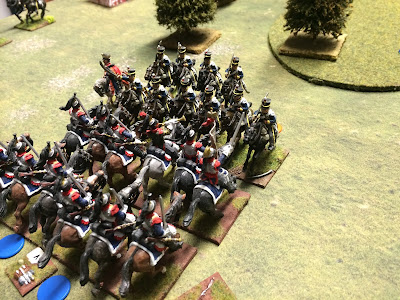 Around the town both sides were reluctant to risk an advance and so settled into a long-range exchange of musket and artillery fire. Within the town fire was especially intense and both sides began to see loses mount to the point where reinforcements would be needed. 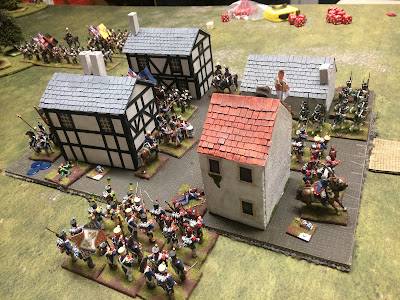 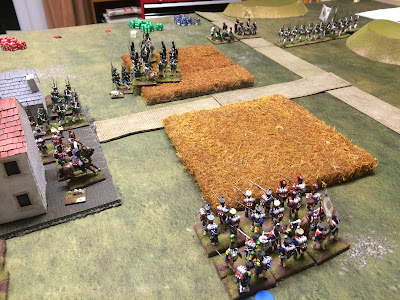 Freed from their pursuit, the victorious Cuirassiers rounded the Allies right flank and forced the Hanoverians into square. Lacking infantry support they could not press the advantage but they had halted the Allied attack developing in the east. 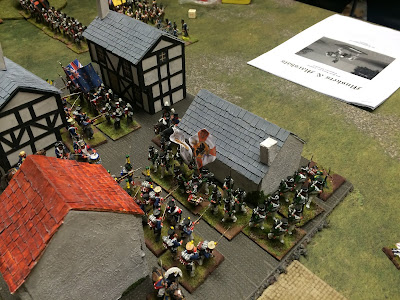 As night fell the game was declared a draw with both sides holding half the town. It was a moral victory for the French though as the Allies had suffered greater losses, especially amongst their cavalry with two regiments all but wiped-out. 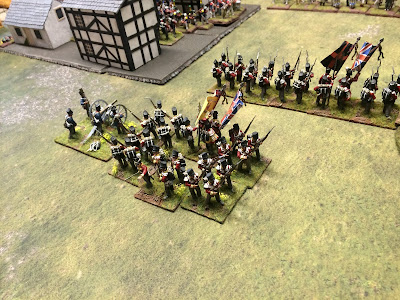