The Great Game - the final battle

Game 7 of our Northwest Frontier finally brought the Russian and British forces into direct conflict for control of Burphistan. As both had won the same number of battles (one) they received the same number of allied units - a Tribal Horse, a Tribal Foot and an Irregular foot. The battle centred on a small village with 1 VP awarded for each enemy routed and 2 VP for holding one of the three objectives on the table. 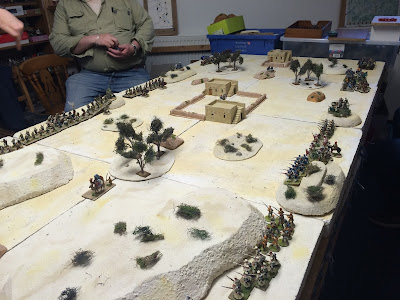 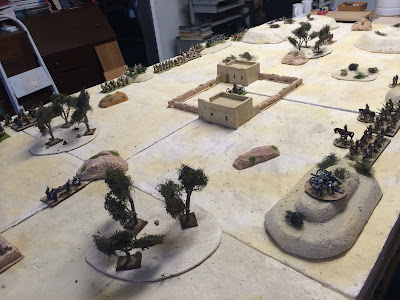 Both armies deployed with infantry in the centre and  cavalry on the flanks. The Russians had a slight numerical advantage and so could deploy two cavalry on their right opposite the Bengal Lancers.

The opening action saw some preliminary artillery bombardments while the infantry cautiously advanced onto the hills and towards the village. The Bengal Lancers easily routed the Russians Burpha cavalry but were themselves caught and wiped-out by the Cossacks - a good swap for the Russians. 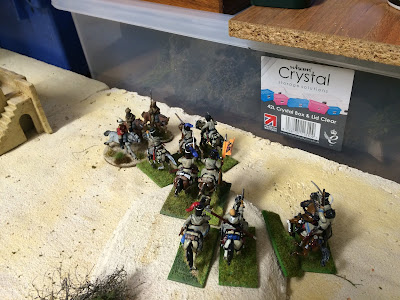 In the centre and on the Russian left their rifle and especially artillery fire proved much more effective than the British and so casualties began to mount in Her Majesty's ranks. They bravely threw forward some Burpha's  to soak up the punishing Ivan's fire but sensing the  ploy they promptly routed after a single casualty. 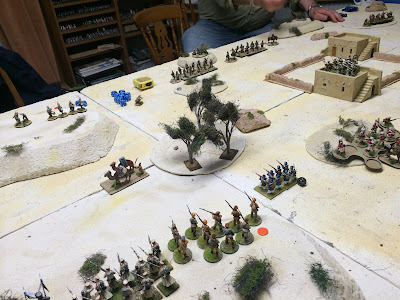 The Russians then occupied the village and quickly fortified their position. From this hard cover they were able to pour close-range fire into the British units stranded in the open. 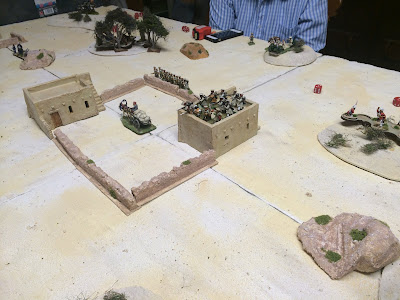 As the British casualties mounted it was clear they had no hope of achieving a victory and so back leaving Burphastan to the Tsar's men. 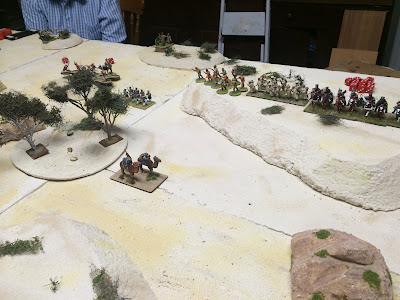 So victory in the campaign goes to the Russians. The games were certainly very attractive and pretty quick once we learnt the rules, although we did simplify the unit commander rules as we had about 12 units a side most weeks.

The main tweak we made was to allow volley fire in open order to improve the western forces shooting. This was a necessary change given the scenarios to give them a chance to win.