Given the success of our first few weekend games of Abyssals vs Salamanders we've decided to run a short min-campaign of  4 battles using a familiar template. In the first 3 games both sides battle for control of the 3 wards - the Spear of Agnih (Elite in melee), the Shield of Agnih (Regen 6+) and the Banner of Agnih (Inspiring). In the forth battle the players try to release and control the Fire Elemental Agnih-Bhanu herself. The games are 2500 for the Abyssals and 2250 for the Salamanders.
The first game is Invade, in which the player getting the most unit strength across the half way line wins the game. The Spear waits in the centre to be captured.

Both sides decided on a similar plan - attack on the right and hold on the left. Both centres were solid cores of infantry supported by casters and heroes.

For the Lizardmen the flank attack was a familiar combo of 2 units of ancients of Rhinosaurs, the Clan Lord to boost moral and some Skinks for chaff / support. 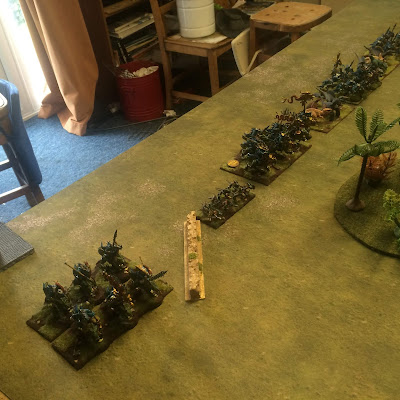 The Abyssals flank was the Unleash the Hounds formation of Hellhounds, Abyssal Horsemen and a Blood Masque hero.  Some Despoilers lurked in support. 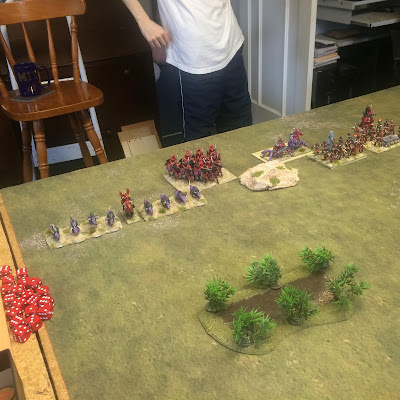 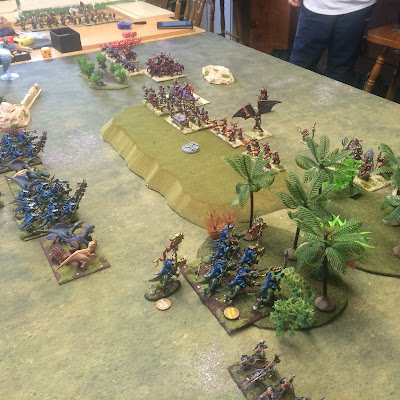 Both lines advanced rapidly with the faster Abyssals cresting the rise first and charging into the waiting Lizardmen. I missed the Archfiends attack but you can see the hole where he was on the Lizards right flank. This central action was very bloody with both sides taking heavy losses. 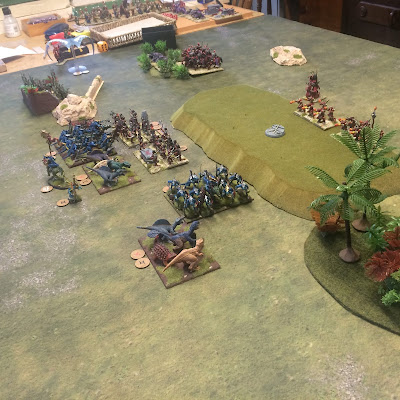 On their right the Abyssals flank attack crunched into the Lizardmen, routing the flank guards with fairly light loses and looking to turn the flank. 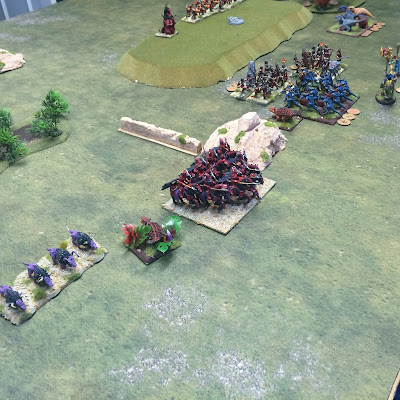 The Lizardmen returned the favour on their own right routing the infantry units guarding the flank and out flanking the Abyssals. 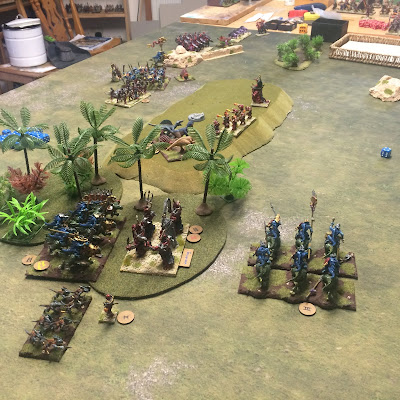 So it all rested on the central action but my Turn 6 it was clear neither would be able to rout the other. The Lizardmen captured the Spear by sacrificing  their Mage Priest to prevent a charge up the hill be the Abyssal Horsemen.


The two sides had roughly equal numbers if units in the enemies half but the Lizardmen won as there surviving units were mostly Hordes but the Abyssals were Regiments and Troops. A bloody encounter for both armies though.


Its always nice when a brand new units takes a staring role and that was certainly the case for the Abyssals Horsemen who were only based-up that morning. They led the Abyssals flank attack well and as knights hit hard on the enemy. 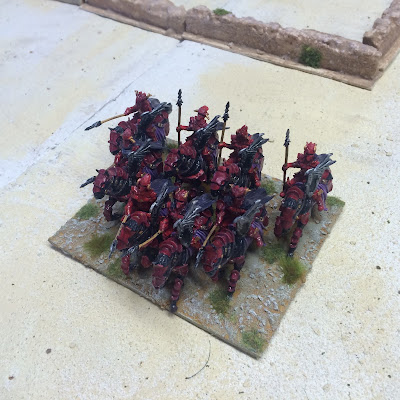 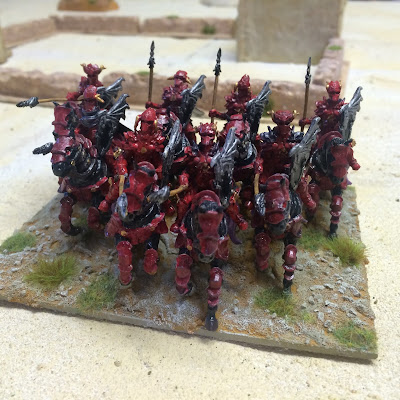