Our newest campaign is set in Germany during 1813 and is a chance for folks to field some of the Napoleonic's they've been collecting. The campaign rules are below and a few shots of the practice game. We're once again using M&M from Hinton Hunt. 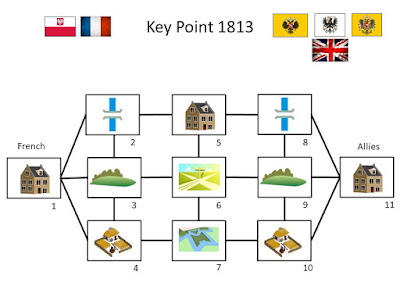 
Some military campaigns involved grand sweeps across large tracks of open country, but much more typical was seeking to dominate several key strategic features connected by a barely usable road network. This campaign depicts the later and pits French vs Allies in 1813.


The aim of the campaign is to capture the enemy’s regional capital with a force of at least 3 brigades.


Both sides write orders for 2 moves at a time and then play these through. If a battle occurs in the first turn then the orders for turn 2 may be amended. Orders are as follows:


Moves will be emailed to the umpire by close-of-play on Friday and responses will be sent by COP on Sunday in time for the Monday game.


Both sides have the following units available


Up to 4 divisions may be formed from these units.with a division needing at least 3 brigades and a maximum of 5. Across the whole army 20% of the units may be designated as A class, so 3 cavalry and 6 infantry in addition to the reserve infantry.


In an encounter both sides deploy behind screens or from a map. If one side is defending then they deploy first but will have advantageous terrain. There are no draws unless it was an encounter. The defender wins unless driven off or the objective captured.


·         River Crossing: There is a village with two river crossings and a chance to find a ford (D6/turn per section finding on a 6). If you defend the far-bank then the river counts as held by you. If you defend your own bank then it counts as contested and a draw allows the attacker to remain. If it's an encounter then dice to see who arrived first as they have the choice (+2 if you have more cavalry)


·         Strategic Crossroads: Hold the crossroads and rout the enemy to count as held.


·         A strategically positioned farm complex: Hold the farms to count as the winner. Each farm counts as two BUA zones, each can be defended by a single battalion plus attached gun. Each may only be assaulted by two attackers at once.


Both sides roll to recover troops after the battle, so long as they hold their regional capital.

I like a decent sized game so we went for 15 units a side on a 10 foot table. 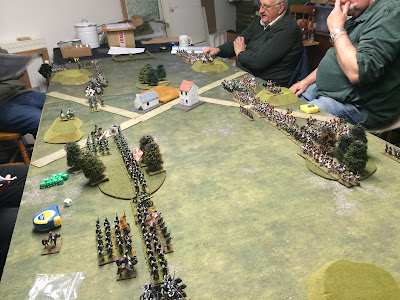 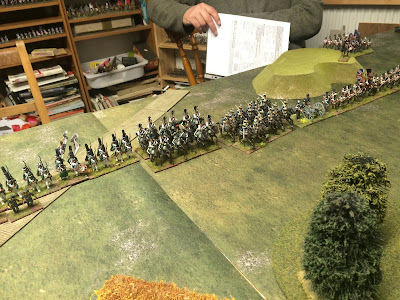 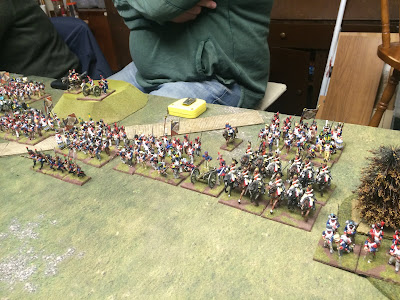 Early honours went to the French, whose cavalry routed a goodly chunk of the German forces on the table. 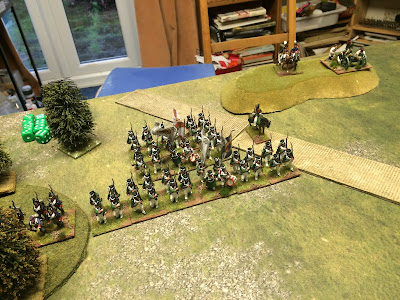 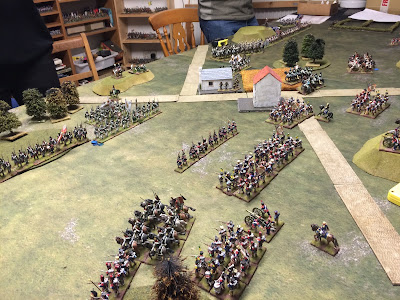 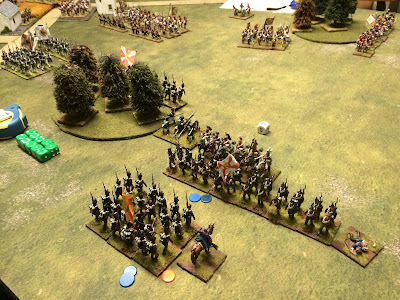 The Russian infantry fought back strongly though and made some good dents into the French lines. 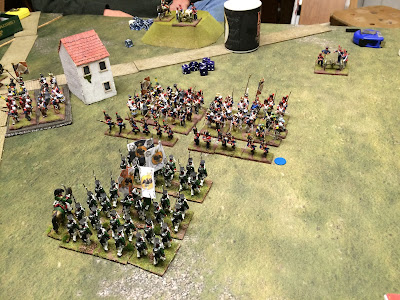 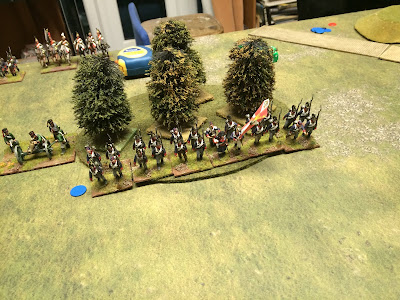 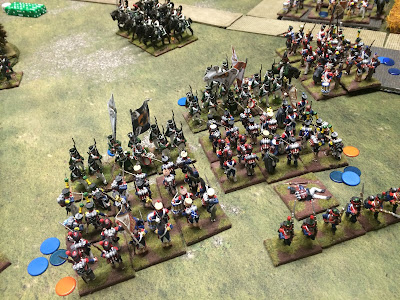 The late game was pretty even with the Hanoverian forces largely disinterested on-lookers. 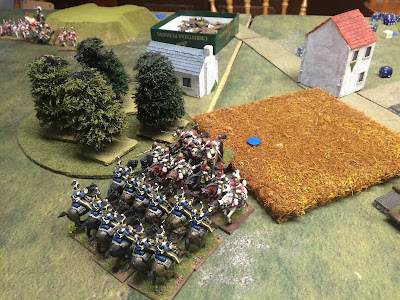 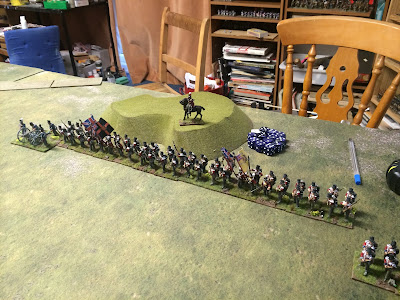 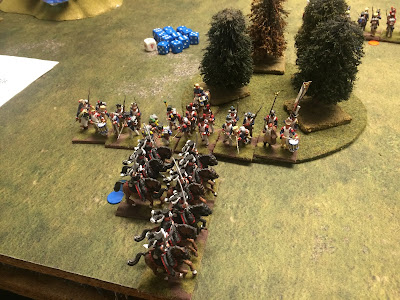