The Wards of Agnih-Bhanu - game 2

The second battle of the Wards of Agnih-Bhanu saw the Abyssals and the Lizardmen fighting for control of the Shield, an item granting Regeneration to the bearer. The scenario was Loot, where you have to capture and control 3 loot makers for the whole game. Loot markers exiting the table are safe.

The Lizardmen went for a fairly balanced formation with Tyrants and Ancients in the centre. The right had Rinosaurs, and the shooty Skyraiders. The left had the second Rinosaurs and a Fire Drake making its first appearance. They intended to contest all the loot markers, then pick two for the big effort. 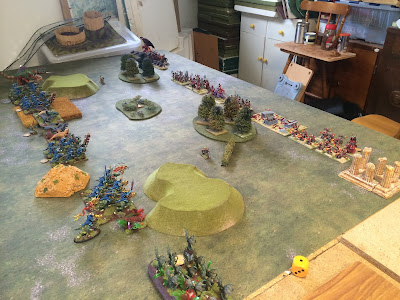 The Abyssals deployed with a hard-hitting centre of Molochs and Succubi. On their right was the Hellhounds, heavy cavalry and Arch Fiend. Their left has the Lower Abyssal horde and Flame Bearers. A strong attack from the mobile right was on the cards. 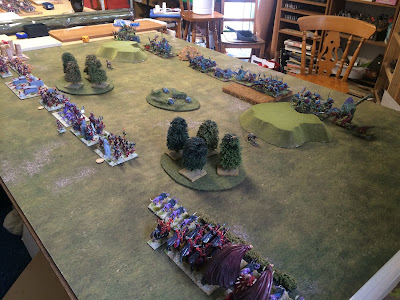 A couple of models made their first appearance of the campaign. For the Lizardmen the Fire Drake was deployed instead of the Sky Lord and for the Abyss the newly completed Mantic Arch Fiend. 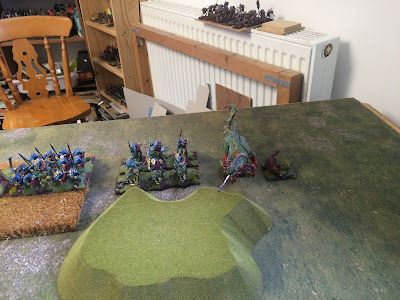 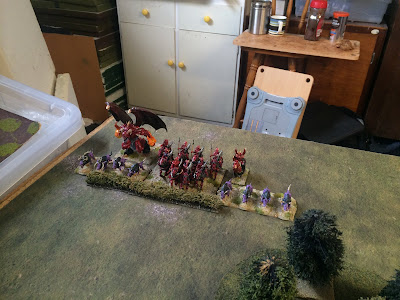 The Lizardmen moved forward cautiously in the centre hampered by some rough terrain, surged forwards on the right capturing a loot counter and manoeuvred on the left in the hopes of some shooting in turn 2. The Abyssals indulged in some fairly ineffective shooting from their Flame Bearers  but pushed forward along the line with the rest looking to use their greater range to get the first charge. 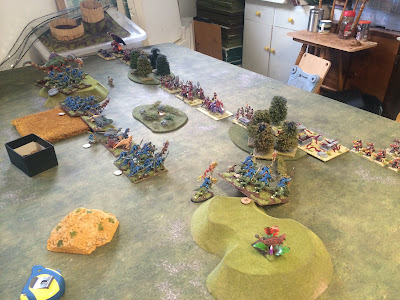 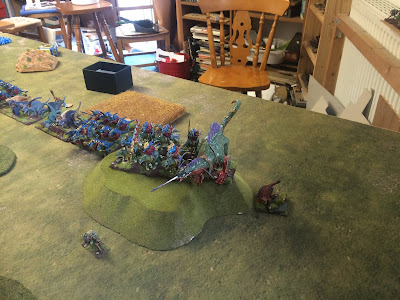 Turn 2 saw the Abyssals launch an attack against the Lizardmen lines. This was proceeded by some desultory shooting from the Fire Drake that caused a mere 2 wounds on the Abyssal Horsemen. 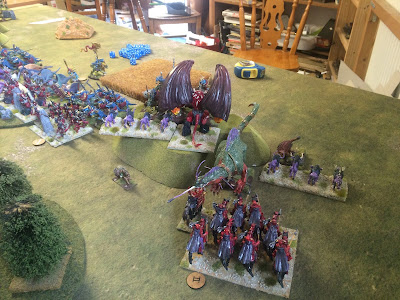 On the Lizardmen left the firedrake wilted under assault of the Horsemen, but the Rinosaurs and Lekelidon held firm to stabilise the flank. Centrally Abyssals mostly bounced-off but some good nerve rolling (10 then 11) blew away the Ancients anchoring the line and opened-up a flank. 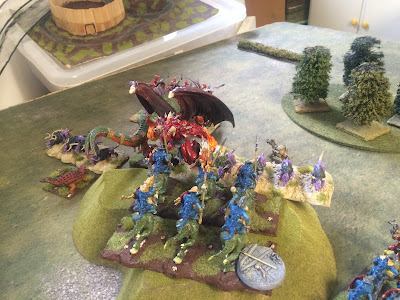 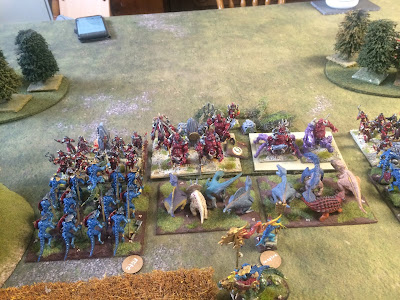 Punch and counter-punch left the centre pretty empty as both sides destroyed the other in a blood bath that left the Molochs in control of the Shield. On the Lizardmen left the Rinosaurs finally routed but took with them the Archfiend and Abyssal Horsemen. This left the Spear of Agnih won in the last game unattended and it was scooped-up by the Hell Hounds. 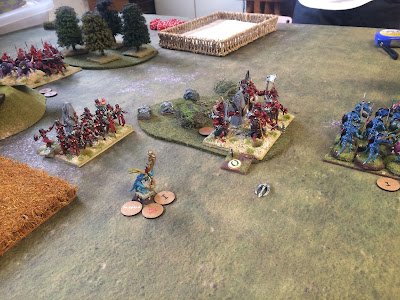 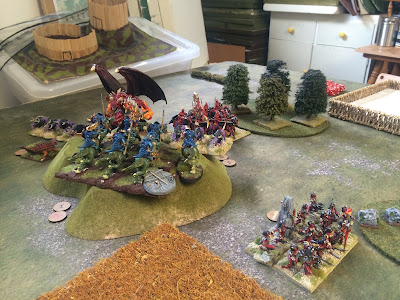 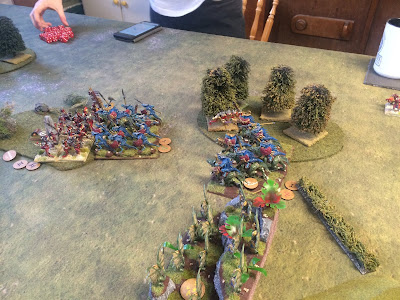 Finally a few pictures of the new Mantic Archfiend model. at over 10cm tall he's a suitable centre-piece for the army. 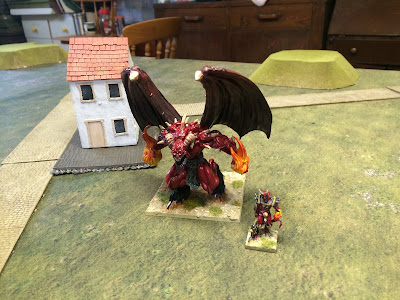 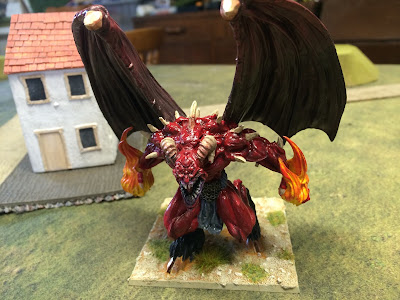 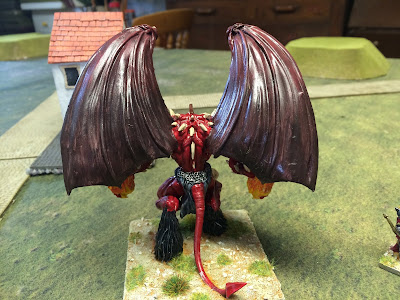 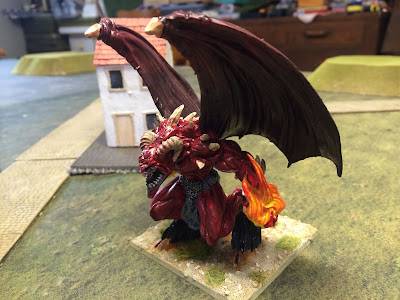