Saga in the Age of Hannibal - Treasured Possessions

Having sneakily purloined some of the Roman's supplies in the last battle the Gauls decided to head for their village with the aim of stashing their booty. As they moved towards home they found Phonious Balonious blocking their way.

In this scenario the Gauls  had three wagons to escort across the table - they are hard to shoot (defence 6) but fairly easy pray in combat if not protected. We played with Roy and Mike controlling warbands from home via Zoom. 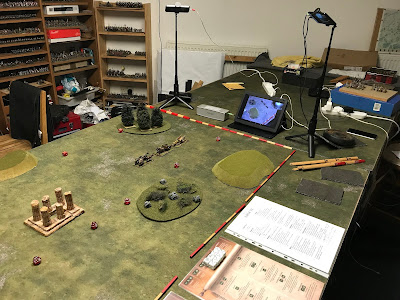 The Celts deployed with Getafix (Nigel) on the east guarding two wagons and Cacofanix (Roy) on the west with one. The Spanish were in the west and  Romans the east. 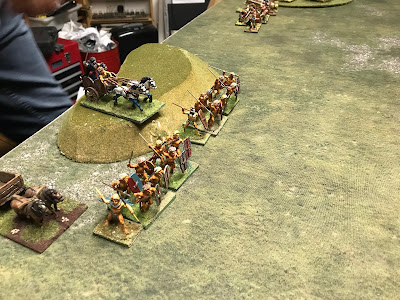 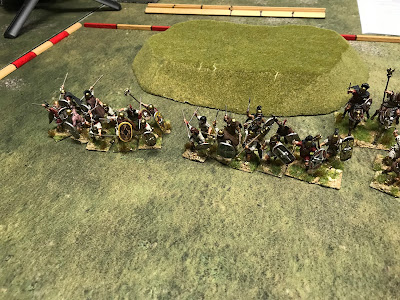 The early moves were pretty cagey with the Celts hanging back to protect the wagons. This suited the Romans / Spanish as they each had long-range warriors shooting. After about an hour of gradual erosion the Gauls finally lost their cool and surged forward. 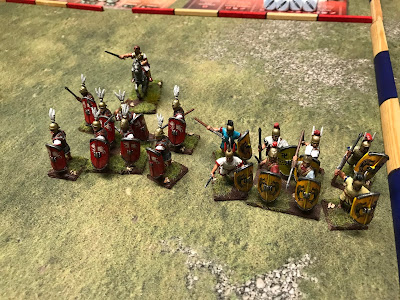 The weakened Gauls ran straight into the waiting Romans and were quickly sent reeling backwards. the Romans followed-up and were able to seize one of the wagons for a handsome win. 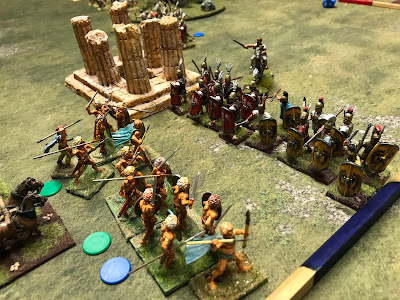 The Cretan Archers did plenty of good work in this battle, proving a constant threat and removing a uit plus weakening another. 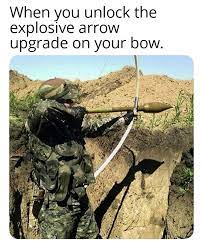