Saga in the Age of Hannibal - the challengers

As this was to be the last game of Saga for a while we picked an unusual scenario. In this one two heroes are seeking to kill each other to win. Cunningly the game ends after 4 - 6 turns and any challenger within a foot of the edge is struck down by the gods. So no running and hiding in the corners. 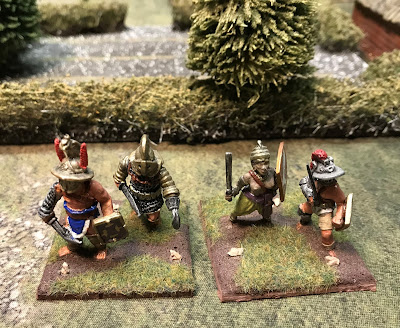 The Celts fielded The Princess who has low armour (3/4), high attacks (8), and can use anyone as Bodyguards e.g. sacrificing them to avoid death. The Romans had The Soldier  who has high armour (5/6) but only hero level attacks (4) and suffers Pride so must attack other heroes if he charges.

The Celts deployed across the board looking for flanking options on both sides of the table. The Princess was hidden behind the levy bows. The Romans were more compact with one force on the hill to the east side and the other in the centre opposite the fields, with the Solider guarded by Triarii. 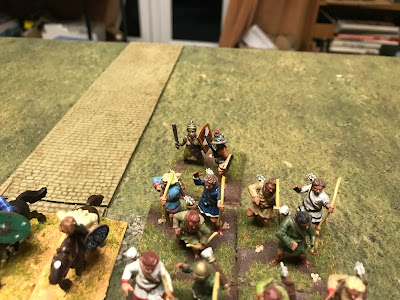 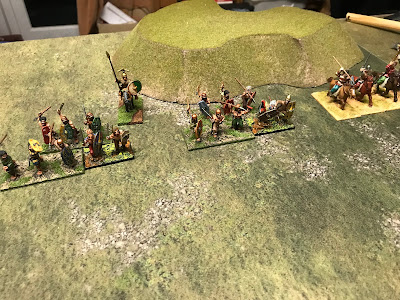 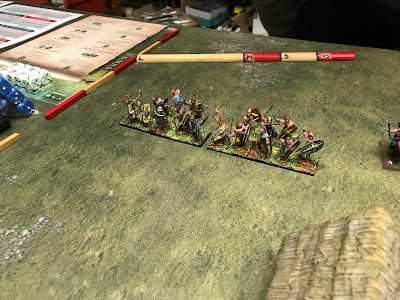 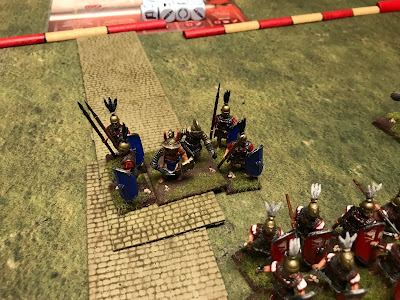 The central Roman force made the first big move, pushing up into the fields and seeking to use the farm house to protect the flank. Their aim was to hold there for the whole game and use one maniple to assist in threatening the Princess. 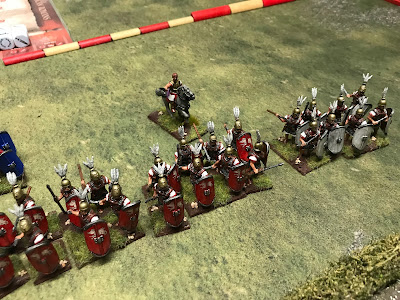 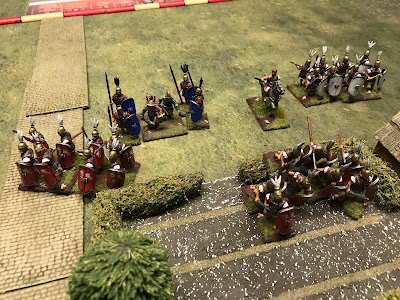 The Celts made a foray up the eastern side with their cavalry, all but wiping out the Balearic slingers posted there, but at the cost of a couple of figs and quite a bit of fatigue. 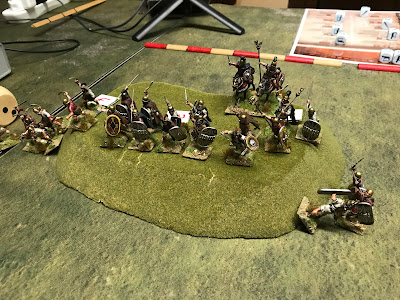 Centrally the Romans pushed towards Princess whilst at the same time building a defensive position in the fields. The Celts launched several powerful attacks against the fields but each time the Romans held on and pushed them back with minimal loses. 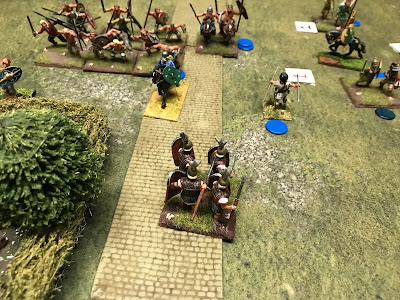 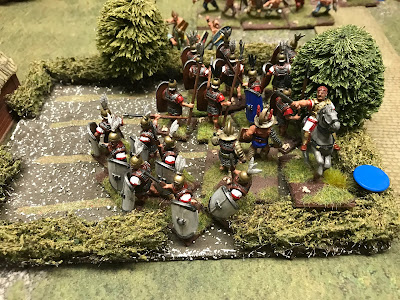 The Romans then attacked themselves launching 4 separate attempts to kill the Princess. Each time though she was bale to use the Bodyguard rules to push the casualties to another unit. She survived but only by sacrificing the levy archers and 2 units of warriors. At a rough count I think she must have scarified about 20 figs of Gauls. 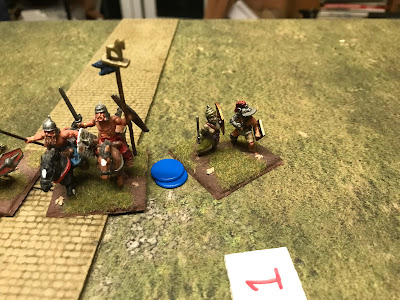 Crucially though the Princess was pinned against her table edge and almost inevitably the game ended on turn 4 and she was stuck down, handing the win to the Romans.

As with previous games the Celts did lots of damage to the Romans but neglected the scenario play and so lost mostly by failing to watch the turn counters and secure the objectives. Although the Romans are a little dull they are good for scenario play being hardy and able to manoeuvre rapidly when needed.