My second game of the break saw me in familiar territory (Chez Boss) but a period I've not done for a long time - WWII Flames of War. This was a fairly simple scenario as both Germans and French rushed to capture a couple of strategic villages controlling road junctions. The French has a large force of infatry tanks with armoured car support. I played the Germans with a cavalry regiment, some armour and a air support. 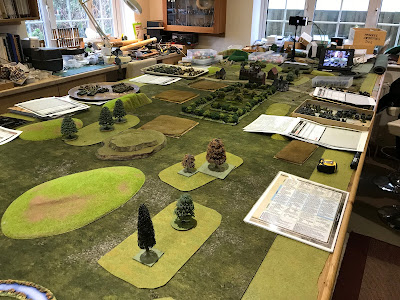 The French deployed most of their infantry attacking the eastern village with their armour mainly held centrally apart from some armoured cars near the western village. 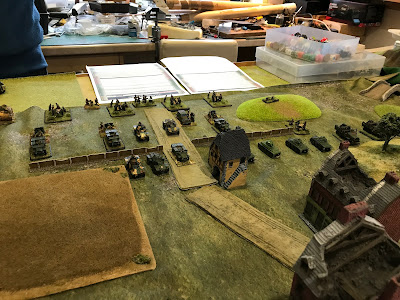 I went for a simple plan focused on the objectives. The panzers with grenadier support would grab the western village while the cavalry moved up through the heavily fielded area around the eastern village. My sole "88" would sit centrally with the artillery looking for targets. 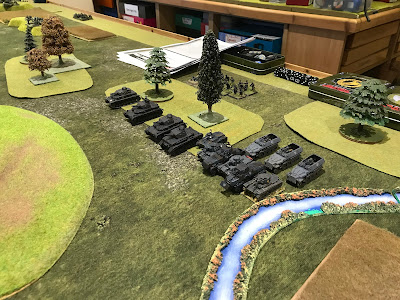 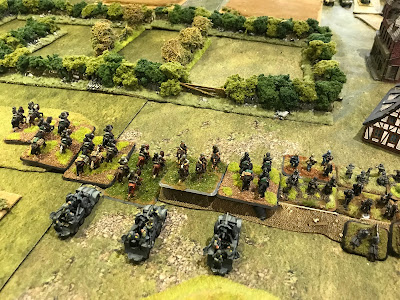 Turn 1 was a good one for me - I recon moved my armoured cars right up behind Panhard's on the western end and took out a couple, effectively stopping the French attack in its tracks. The lack of reserve fire in FOW really makes a big difference.
My armoured quickly followed up and by turn 2 I was in possession of the village with panzer IVs covering the main French counter attack routes. 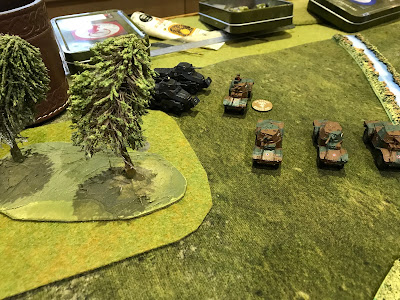 Over on the west I was able to infiltrate 3 units of cavalry through the fields / woods and by turn 2 I was contesting the second village. 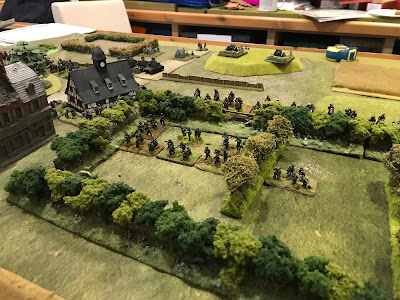 Centrally there was a disturbing occurrence as three French portee AT guns trundled up and wiped out the  "88", before in turn being bombed off the table by a Stuka attack. 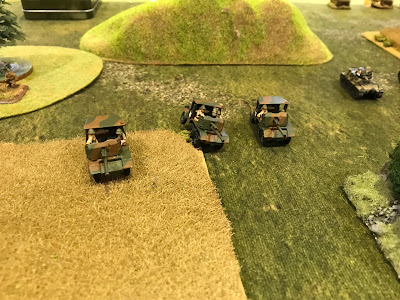 Fairly late in the day the French decided to make a play for the western village as I was ahead 1-0 at that point. The Char B's deployed there shot-up my Panzer IVs but were unable to shift the infantry I'd got defending the village. 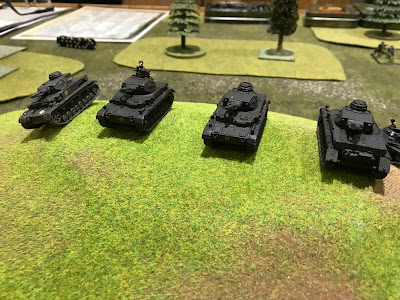 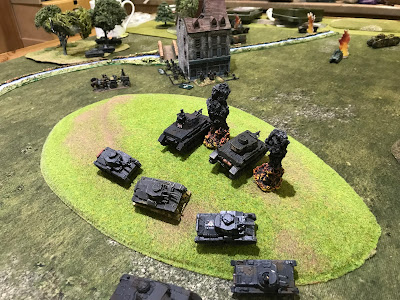 A fun game even if the loss of the "88" was a surprise and the lack of effectiveness of my Stuka's against the heavily armoured French tanks was a disappointment. The French really do have rather better gear than the Germans at this time but have lower morale and on this occasion their lethargy cost them the game.

Email ThisBlogThis!Share to TwitterShare to FacebookShare to Pinterest
Labels: Flames of War, WWII