This battle is an usual one in that it pits the Austrians against the Russians, and so fitted the figures people have been painting. In August 1812 Napoleon was attacking Smolensk when his flank  was under threat from the Russians. So he was reluctantly forced to dispatch the Austrians and Saxon to intercept them. The Russians fell back but eventually turned at fought at Gorodeczna.

In this scenario the Russians must hold for 10 turns and prevent the attackers from destroying them or cutting off their retreat. The rivers and marshes are impassable to all but infantry. We used Shadow of the Eagles rules in 28mm. 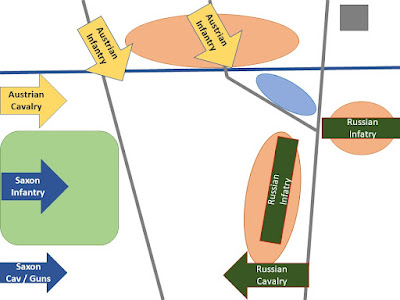 The Russians formed-up in line along the crest of the hills that protected the road, skirmishers deployed forward. 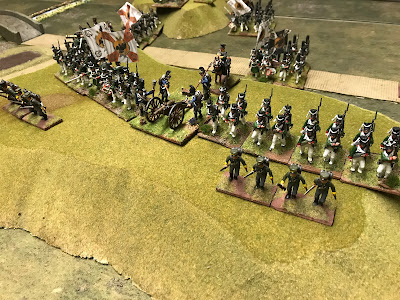 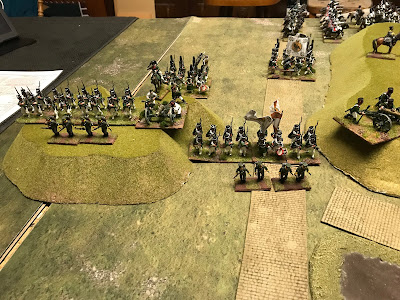 The Austrians mostly began in columns heading for the bridges whilst the cavalry deployed in lines near the river. In the woods the Saxons (here replaced with Wurttemberg's) moved forward. 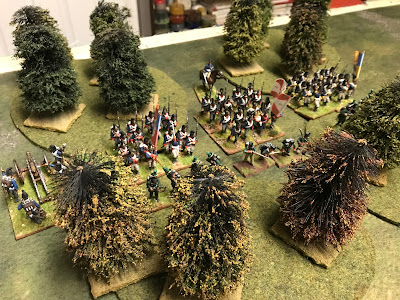 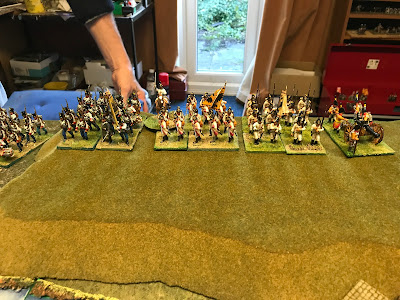 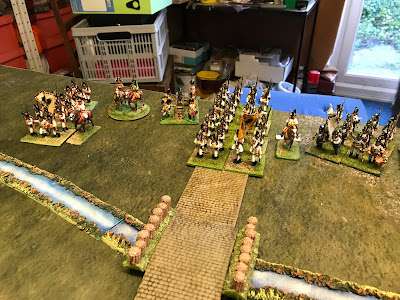 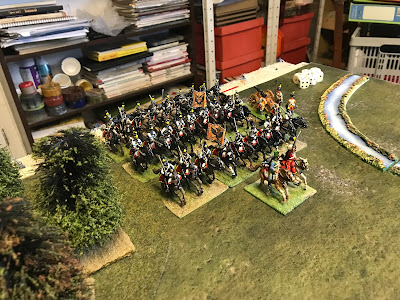 The opening gambit by the Russians was to push forward with all their cavalry forwrd looking to slow down the attacking Germans. This was initially successful but at the cost of one Cuirassier Regt shot to pieces. 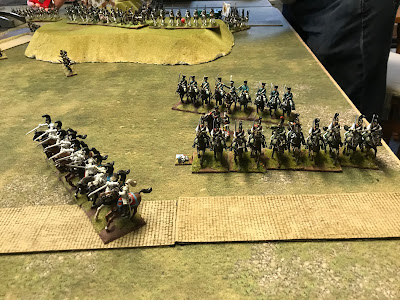 By mid-game the Austrians were across the river and began their advanced towards the Russians on the hill top. Fire was pretty light but the Russians inferior shooting put them at a disadvantage. 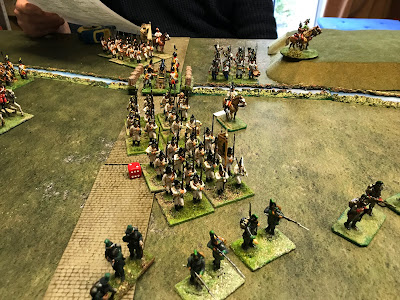 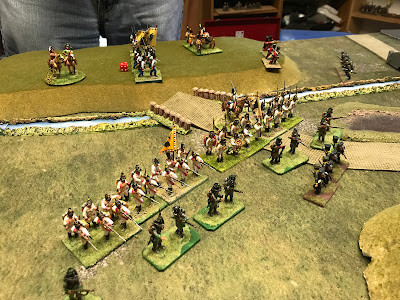 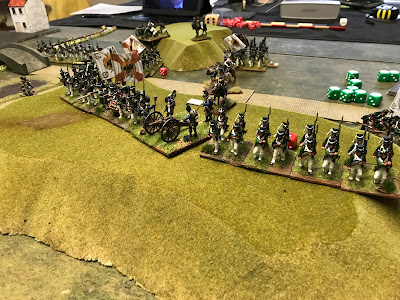 Centrally the Russian cavalry made two charges. The Cuirassiers were beaten back by their Saxon opposite numbers but the Hussars managed to surprise and sweep away an Austrian column before they could get into square. They too were then mopped-up by the Austrian cavalry. 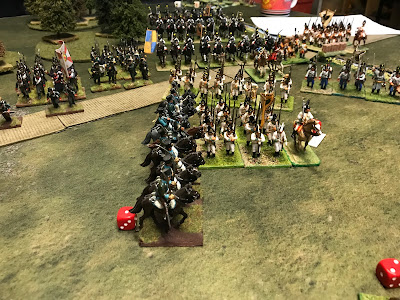 The main action though concerned the Austrian main line as it finally began its assault in turn 7. Initially the position was penetrated but the arrive of some Russian grenadiers stabilised the front. 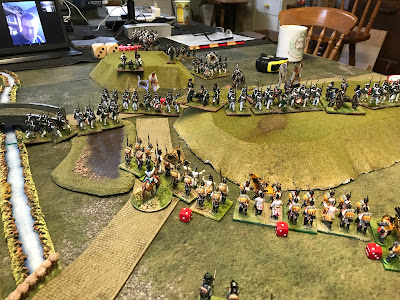 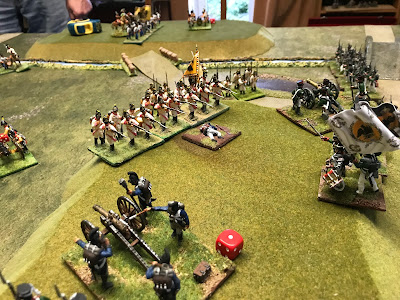 Turn 9 saw a desperate series of attacks by Austrian cavalry and Saxon infantry, but all were beaten back by the Russian defenders. So Russia was declared the winner as they held their escape route with no immediate threats from the Austrians. 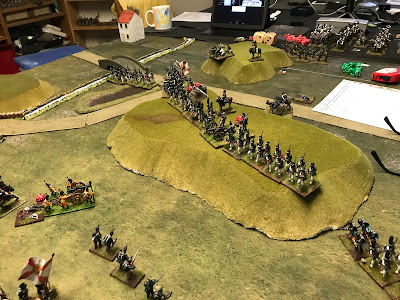 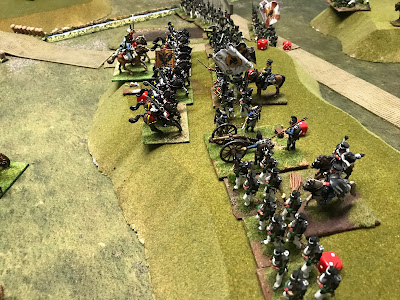 This scenario is all about time and the Austrians never really had enough to put pressure on the Russians. Two factors caused that;  firstly the Austrians had a major traffic jam that left their cavalry at the back of their columns. Secondly they were unable to prevent the Russian spoiling attack, that likely cost them about 3 turns.
Posted by Wargamer Stu at 07:22