Four days into the campaign we had our first encounter as the French 2nd Division attacked a Prussian Division guarding the road to Magdeburg. Despite the generally flat land the defenders had managed to find a little high ground. They also had the advantage of a Russian brigade marching to their aid from their rear. 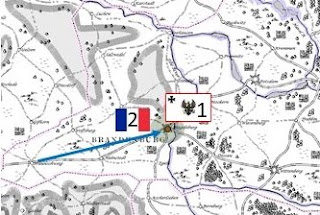 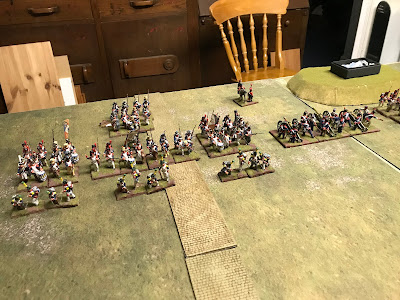 The Prussians were more defensive with a refused flank to the east and their outnumbered horse on the western side opposite the French cavalry. 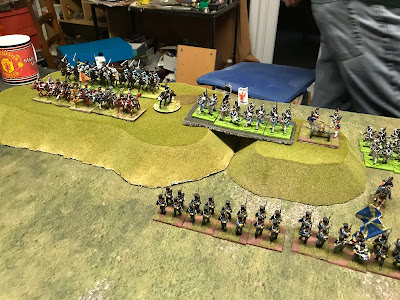 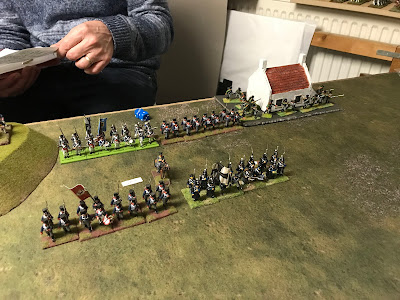 The French pushed forward, aware that Russian troops would likely arrive some time between turns 5 and 10. The Leger and supports in the east attacked boldly in column, hoping to overwhelm the Prussians while the grand battery cleared the Inferior units occupying the centre. The western advance was a little more cautious, focusing on outshooting the enemy while the cavalry got into position. 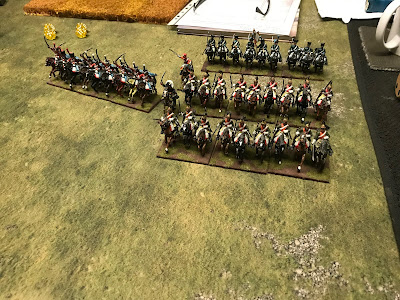 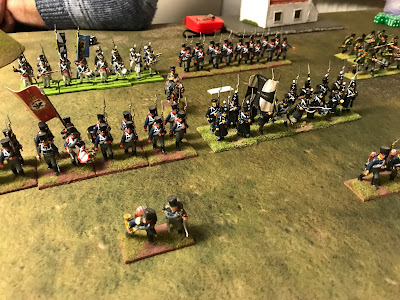 In the west the French  Dragoons charged up the hill and after a brief tussle were able to rout the Prussians and turn the flank, forcing the Prussian infantry  into squares. Sadly no artillery was available to really punish them. 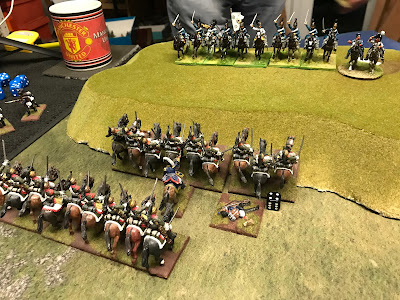 On the eastern side the French charged into the waiting Prussians but were repulsed again and again, seeing the attack grind to a halt. Despite the success in the west the eastern infantry assault had been stopped and pushed back.
6 moves in, the first Russian troops began to appear on the table. With both the Prussians and French on the verge of routing the Russians had turned the tide and we declared a win for the Allies. 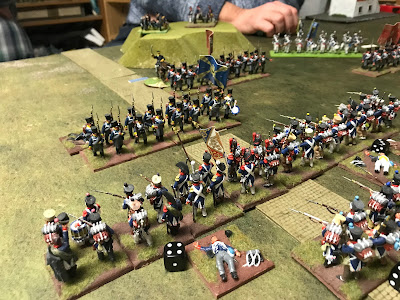 An interesting battle with some troops arriving half way through the game. In the end this was not the reason the French lost though. Their infantry attack simply failed to break through, proving that columns do nt fare well against non-worn lines, especially when its 1-to-1.  Having been rebuffed the French were simply too damaged to rally their losses in time to launch a second attack. 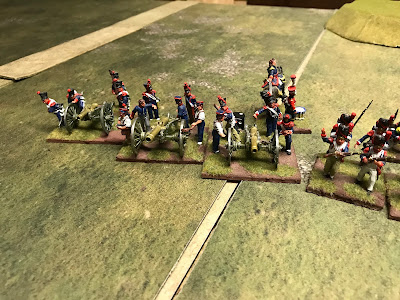