A little late but still part of the festive holiday period, I popped over to Fishponds for a game of Muskets and Tomahawks using the Napoleonic army lists.

The game uses an activation deck, with a card for each type of troop on the table e.g. British Line or French Light. Players hold a hand of 3 cards and must play them all in turn before getting a new hand. The subtlety is that your hand might contain cards for enemy units so you are "gifting" them a go at certain points.

When you do play an enemy card you gain Command Points which can be used to activate units instead of playing a card from your hand. So a safety mechanic in case you get mostly enemy cards. There is also spotting ranges that stop too much speculative long range fire.

We played Anglo-Spanish (Guerrilla / British Line) vs French (Voltagier / Line Grenadiers). Units tend to be 6 - 12 figures, with lower quality units having more troops like in their Saga rules. The  aim was to secure a wagon of supplies in the village. 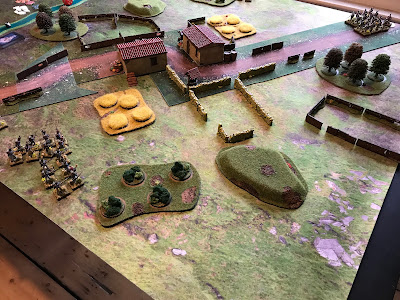 The Brits deployed their Line on the road looking to push up in column while the Spanish flanked the village through the heavy cover. I opted to push half my force well forward  to block the British Line and try to secure the wagon with the other half. 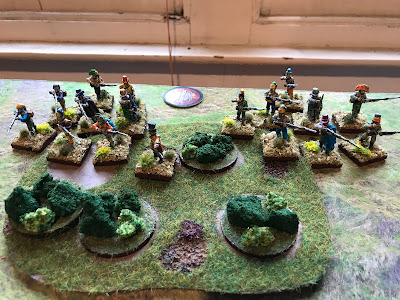 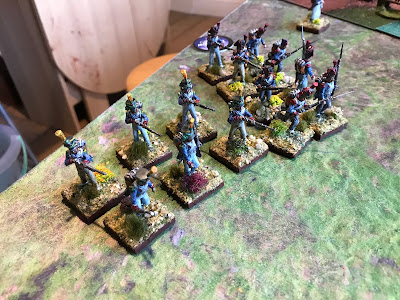 The first few hands favoured me as the British failed to move while all my units got into a decent position and began exchanging fire with the Spanish. When the Brits got moving they were met with  stiff fire from my blocking force and their attack stalled. 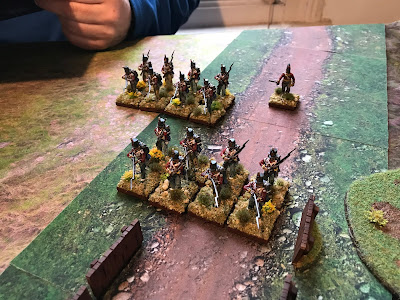 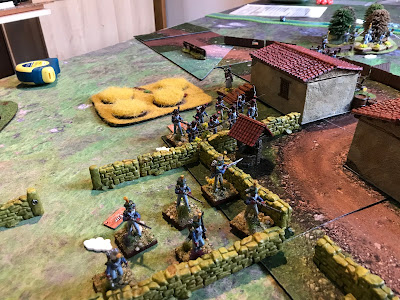 By the wagon, my Grenadiers took some accurate fire from the Spanish hiding in the terrain near the east of the village. A coupe of turns saw them routed and forced me to redeploy part of the blocking force to control the wagon. With the British stalled the win went to the French. 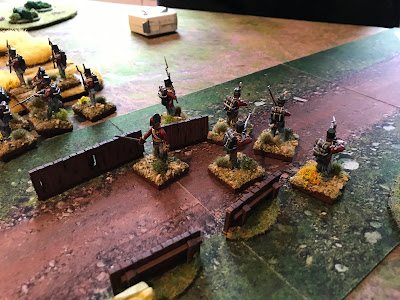 Its a pretty quick game once you get the hang of the various cards and activations. Shooting can be pretty deadly if you get caught in the open so it feels more skirmish than mass battle.