Saga in the Age of Hannibal - forest ambush

Having successfully recovered some loot in the last battle the Romans and Spanish set off for their camp somewhat laden down with gold. In this battle the Celts were waiting in ambush as the column moved through a wooded area. The Roman / Spanish warlords needed to escape off either end to win but moved at 1/4 their usual speed due to the gold. 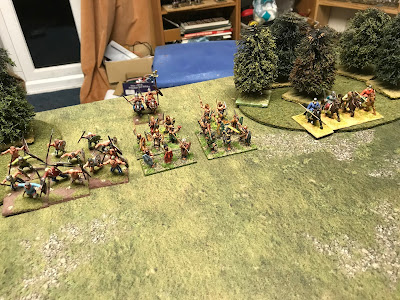 The Romans were leading the column, with the Spanish guarding the rear. Both generals decided it was best to split up and divide the Gauls forces. 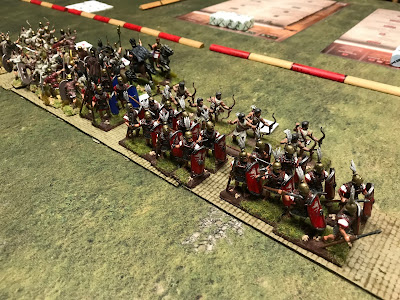 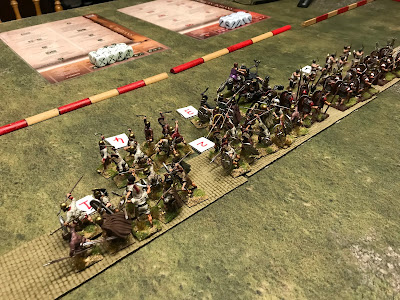 The Gauls sent their cavalry to the front and rear of the column in an attempt to trap them while the warriors poured from the woods and tried to overrun the defenders. 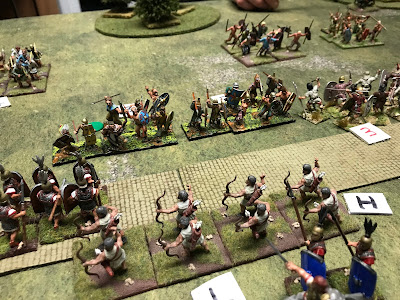 The Spanish and Romans adopted slightly different plans. The Iberians went on the offensive and looked to smash through the Guals in a bloody melee. The Romans formed a protective ring around their leaders and tried to shepherd him safely from the table. 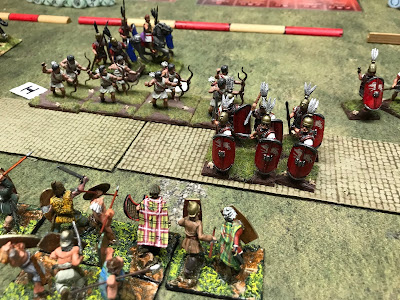 The Romans plan worked pretty smoothly with the leader never really at under much threat. The Spanish plan was risker and nearly led to the warlord being captured but he was able to make his escape after some sneaky use of the Iberians Guerrilla ability which gives some out-of-turn actions.
So 2-0 to the Romans / Iberians. 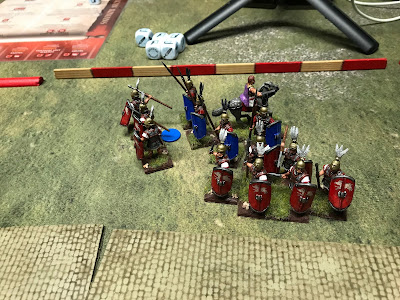