Just before Christmas I popped over to local Vloger JPs house for a game of General d'Armee using his huge collection of 28mm Napoleonic's - mostly Perry. The battle selected was the middle part of Quatra Bras. The game also featured Charlie - JP's demon-dicing son, who seemed to have memorised the whole rule set 😀 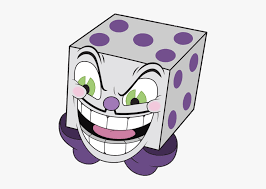 The scenario started at about 1530 and required the Allies to hold both the road and the village to claim a victory.  I was playing the British and with my ally, decided we'd focus my brigades on the road whilst the Dutch-Belgiums, Nassau and Bruswickers tried to hold the town. 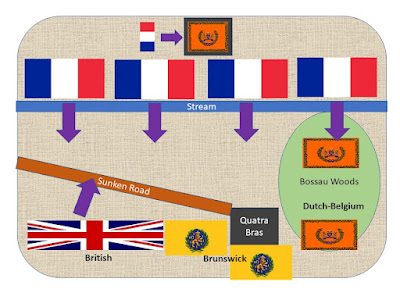 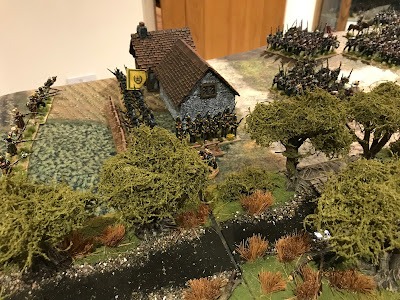 The French attacked strongly aided by some very effective long range artillery fire which forced the Brunswicker's to flee the table, before rapidly returning to shore-up the centre of our lines. 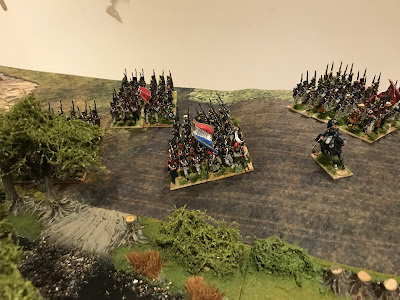 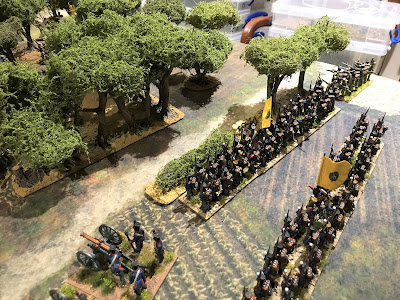 With the French on the move across the line the Allies found themselves under pressure, but held-up surprisingly well with the Dutch-Belgium's thwarting a major French attack in the woods. 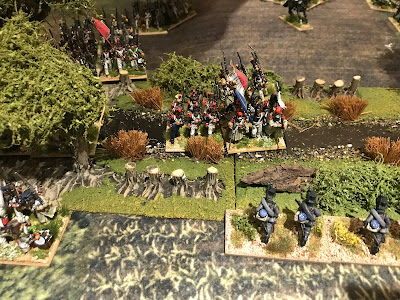 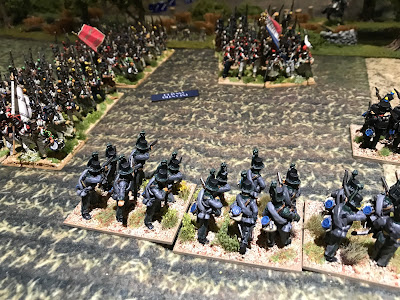 Less surprisingly the British volleyed away a number of French assaults against the road. Their blood-up the Highlanders even managed to withstand a French Lancer charge without forming sqaure and send them reeling back to their lines. 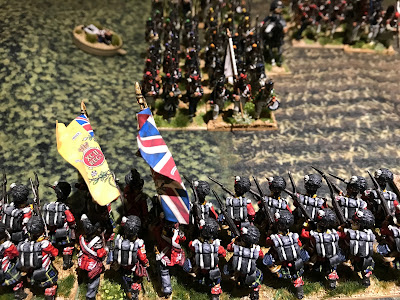 It being a "school night" I had to leave about 2/3 of the way through the game, but at that point the Allied lines were pretty stable. If you watch the video you will see that the British held on easily but that Quatra Bras fell - so I'm calling it a draw.