Saga in the Age of Hannibal - sacred ground

Affronted by the attempt on his life Phonious Balonious decide to strike back at the Gaul's by occupying a sacred site near their camp. In this scenario points are awarded for occupying the stone circle and two nearby sacred groves.

Both sides lined up with a grove in easy reach and the stones in the centre of the table. The Romans / Spanish focused on holding their grove and trying to capture the stones. The Gaul's by contrast went full out for the stones largely ignoring the groves. 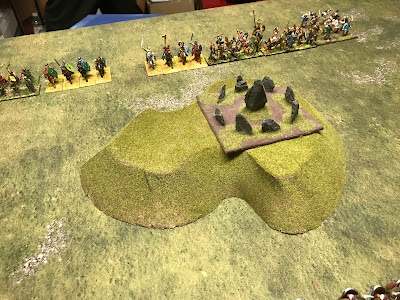 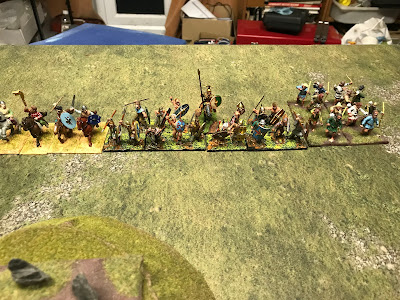 Both the Spanish and Romans were able to use their movement abilities to quickly grab the objectives and begin racking-up victory points. 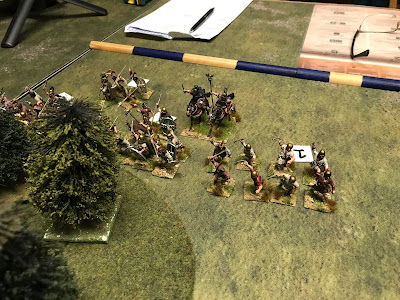 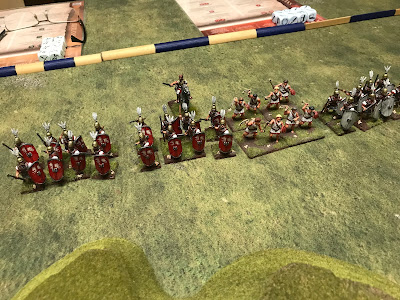 The Spanish went largely unmolested while wave after wave threw themselves at the Romans on the hill top. Although heavily embattled they managed to hang on for a little over half the game while the Spanish accrued VPs. 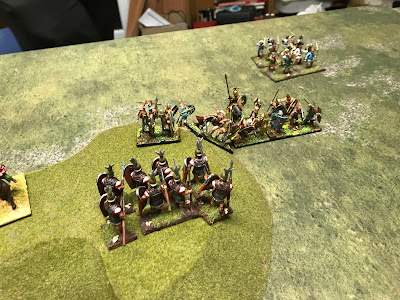 The Roman's were finally exhausted just over two-thirds of the way through the game, but by them the Spanish had built-up a sizable lead. A quick count-up convinced us that the Gaul's could not catch-up so it was a Roman/Spanish win. 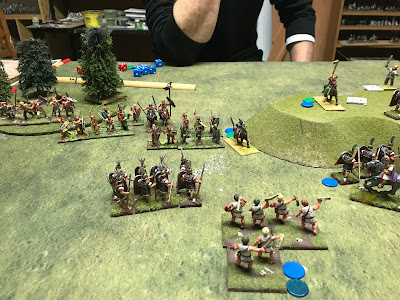 This was a good scenario for the Spanish as they had to option of lurking in cover and then launching spoiling attacks against the Celts. 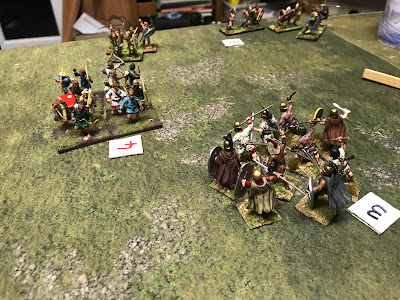