Saga in the Age of Hannibal - river crossing

Having won their previous encounter the Romans determined to move back to their camp and rest from their recent exertions.  There route took them over a stream where they found the Gauls blocking their path. In this game points are scored for units that survive, with units on the enemy aside of the river worth 3 times more than units on your own side.

Both sides split their forces evenly and the dice rolls showed the stream was fairly low, so counted as Uneven ground only. 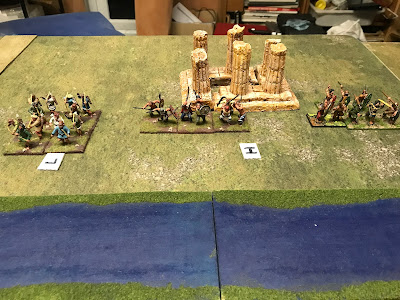 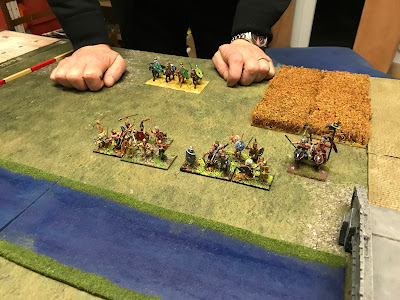 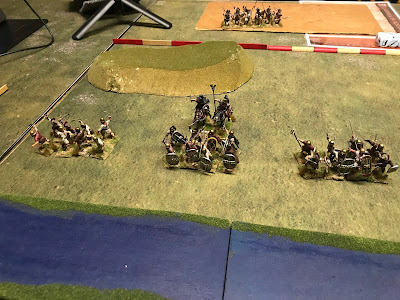 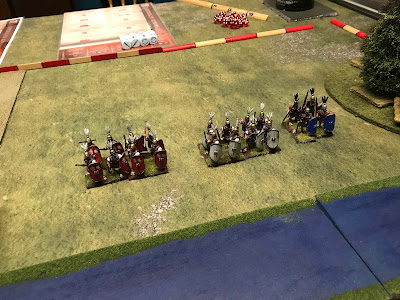 In the early turns the Gaul's decided to sit back and try some shooting while they blocked the bridge with Ligurian mercenaries. As the Gaul's shooting proved more deadly the Romans decided to ford the river and take the fight the celts. 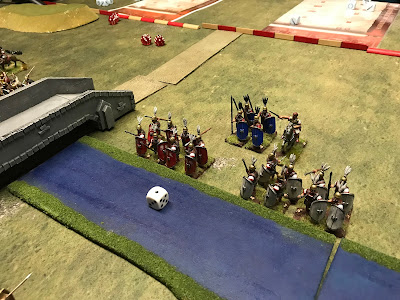 Seeking to disrupt this Roman advance the Gaul's quickly threw their noble cavalry across the bridge, but out numbered they were roughly handled and immediately fell back across the river to lick their wounds. 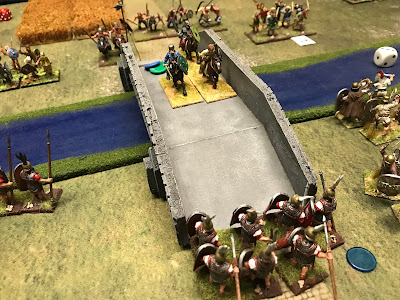 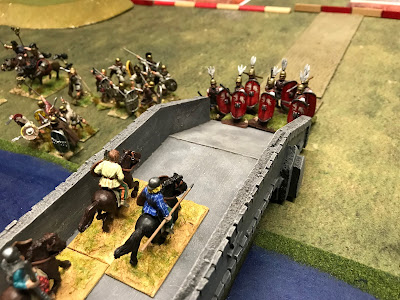 The Romans then continued their push - quickly catching the Celtic skirmishers and putting them to the swords. In desperation the Gauls threw several units at the Romans as they emerged from the stream, but the Romans absorbed the attack and pushed back strongly. 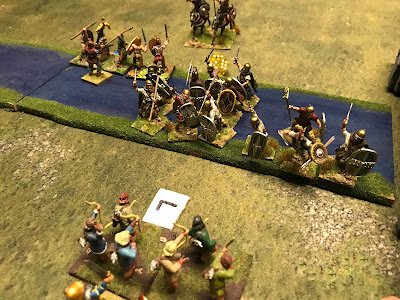 At the end of 6 turns both sides had suffered losses but the Romans were firmly established on the far bank and so won the game on points. In hindsight the unsupported cavalry attack and letting the skirmishers get caught compromised the Gallic plan. 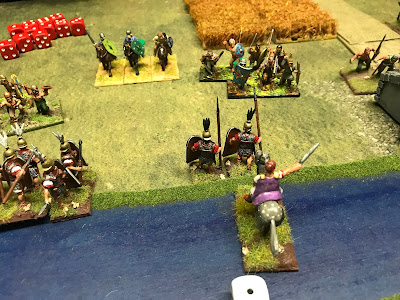