For our French & Indian wars campaign we're depicting a series of skirmish actions on the ringes of the siege of Fort William Henry, 1757. The real siege infamously ended with the massacre of the British defenders after the siege by Indians allied to the French. This was famously depicted in the Last of the Mohicans.

Our first game involved a meeting engagement between French/Indian and British light forces in  a heavily wooded area near the fort. 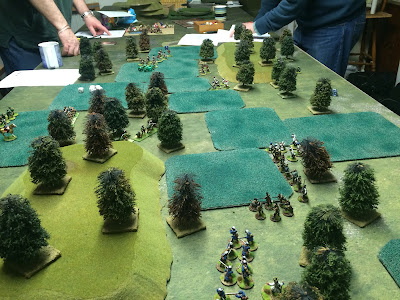 In this game the activation cards played a large role in the outcome of the game, partly due to the limited number of troop types on each side. In turn 1 the French had almost all of the activations first, so they pressed forward but found the British lights were then able to attack them casuing a fair bit of damage to the Indians and Canadian militia. 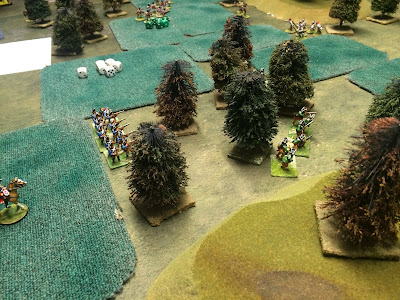 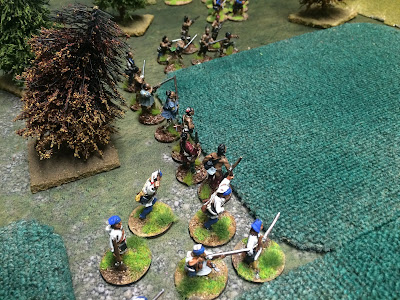 Turn 2 was the same with the French again getting most of their activations first. This time though, with the range now quite short, they were able to launch a devastating series of attacks on the British. 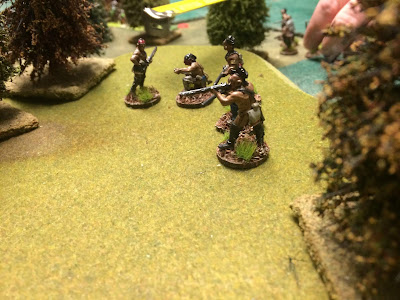 As we hit turn 3 the British were surrounded and badly depleted as the French moved in for a convincing victory. So first blood to the French! 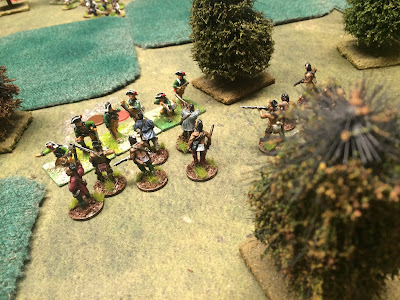