You win some, you lose some

I managed a couple games over the weekend -  a second go at Blood and Plunder and a siege in the ongoing Kings of War campaign.

Saturday was Fishponds for some Pirate adventures with me at the helm of the English (a shooty force) against the Spanish (more fighty). 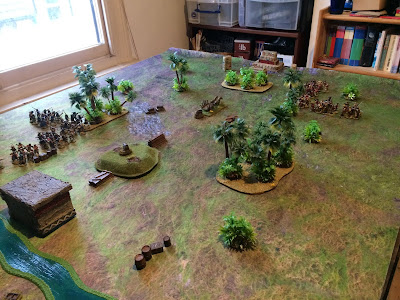 I adopted a good early position enabling me to hold 2 of the 3 objectives and lay heavy fire on any Spanish approaching me. In order to avoid losing the game in turn 2 the Spanish were forced to feed units one at a time into my fire zone to contest the central objective. 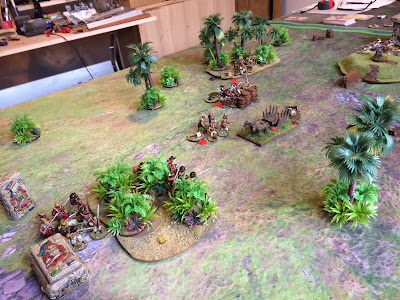 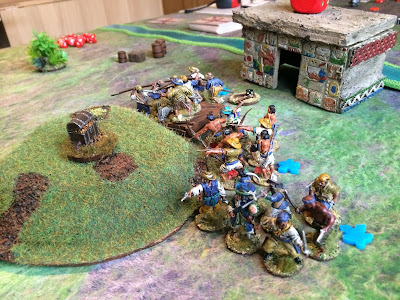 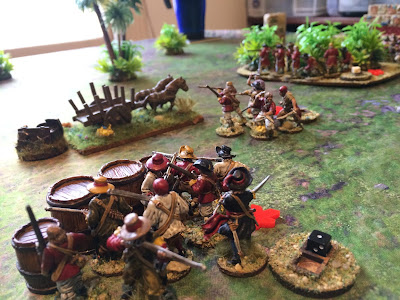 Up to turn 6 it looked like the English would win but a last gasp charge by a unit of spear armed Lanceros secured the central objective. Depsite a turns shooting I was not able to break then and the two remaining survivors secured and unlikely Spanish win by 1 point. 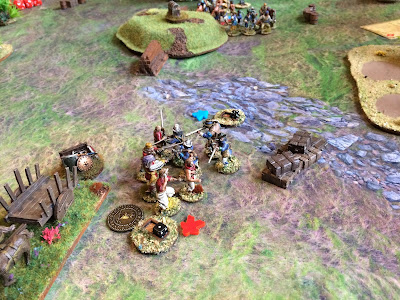 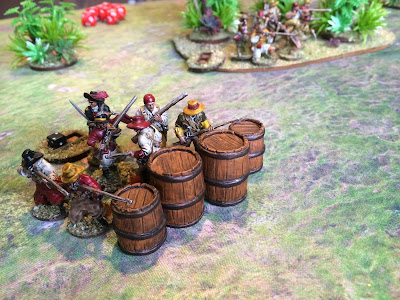 In hindsight I made a couple of key errors - I charged once when I should have shot and allowed myself to be charged whilst Disordered.


Sundays game saw my Basileans in action against the evil necromancer Mhogorth. I was laying siege to his castle in an attempt to destroy his stronghold on the boarders of Basilean territory. 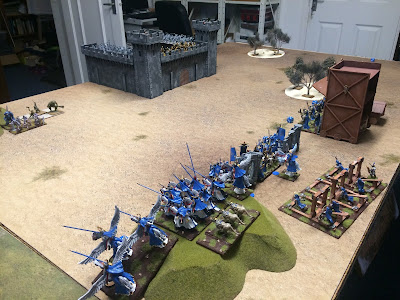 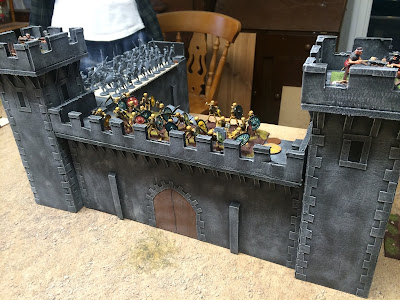 For the game I fielded a full complement of siege equipment - a siege tower, a battering ram, and 3 heavy catapults to bombard the walls. The Ogre Palace Guards were designated to lead the assault on the walls and gate. 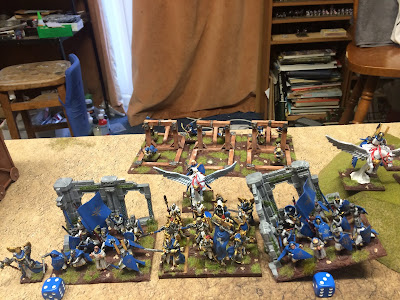 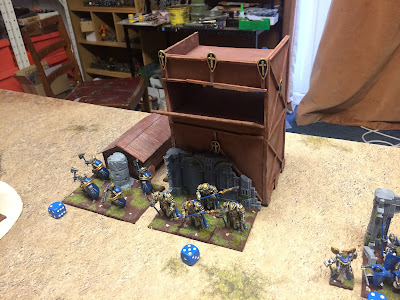 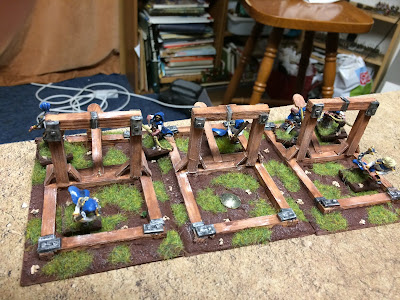 The Undead hung back seeking to bait me into charge range. I was able to catch the Faceless One in combat with a lying hero. I stalled him for a turn but was mashed by some skeletons for my trouble. Meanwhile the catapults had two excellent turns of shooting that toppled the walls guarded by the bulk of the Undead. 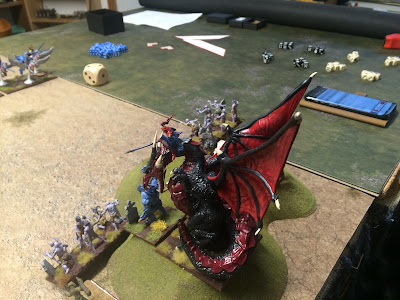 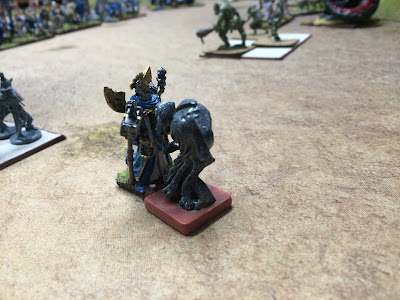 Turns 5 and 6 saw heavy fighting along walls and through the gate. The Ogres burst into the castle in turn 6, wining the game. 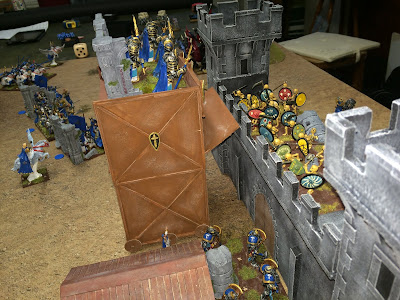 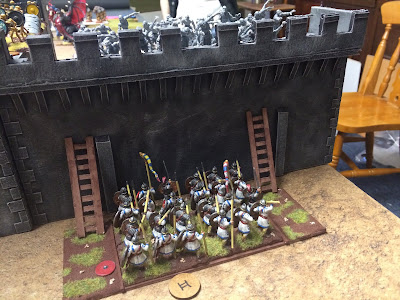 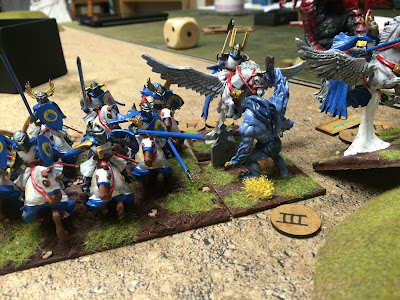 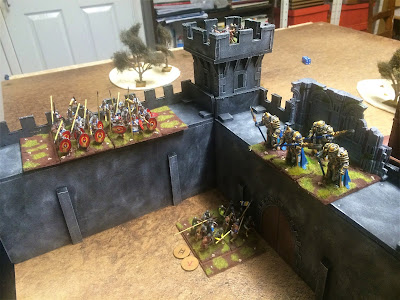 And as for the Faceless One - well he escaped the carnage and will no doubt return once his forces are rebuilt. The funny thing about necromancers is win or lose, you always end-up with a bigger army.