Its been a busy Christmas break for gaming and in the last 2 days I've played twice against the Undead at KOW. Once with the Abyssals (Fishponds) and once with the Basileans (Cirencester).


This version of the Undead was pretty Elite with Mhgoroth the faceless, 3 units of Soul Reaver Vampires and flying units backing up the shambling hordes.  The scenario used bluff counters which were dealt randomly so neither side knew value of the objective counters. 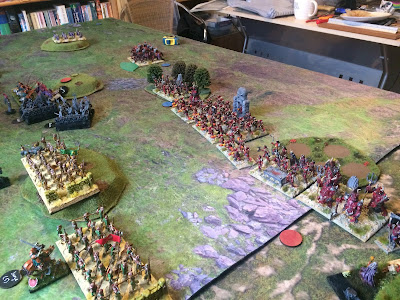 The Flamebearer's shooting and Succubi's melee proved very effective and together with some combo charges I was able to take down the feared Soul  Reavers without them doing too much damage.  I had much less success though with my Seductress and  Abyssal Champion in hunting enemy characters. The Undead depend heavily on them and I failed to inconvenience them at all! 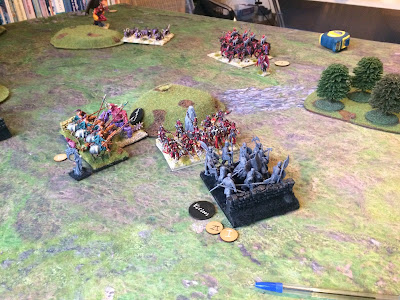 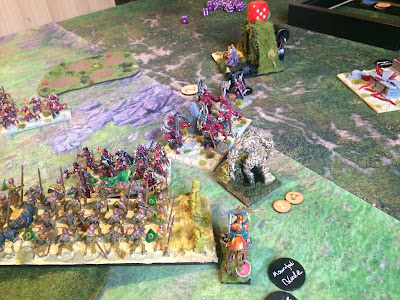 I've no decent pictures of the flying wing but basically my Archfiend chased the enemies flying units up the table for 3 moves and then was chased back for three moves. 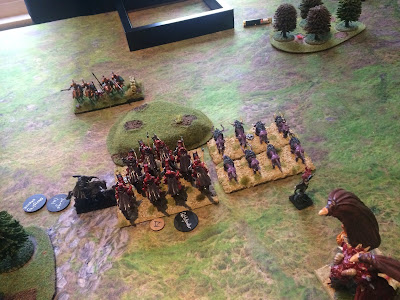 This was Game 3 of the Mhgoroth Rises campaign saw the Undead trying to recapture the territory lost on Game 2. This undead relies on hordes of skeletons / zombies and featured the recently completed Vampire on Dragon subbing for the cheaper Revenant King on Flying Wyrm. 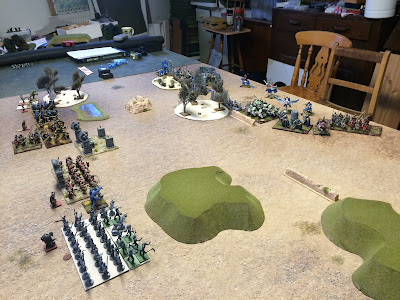 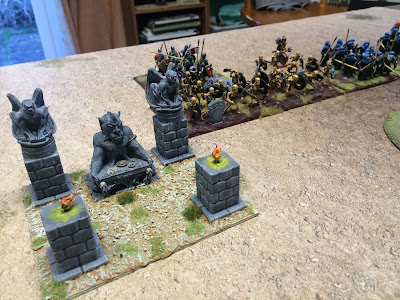 My hope was to tangle-up the Undead in the rough terrain on the eastern half of the table and get some heavy hits in the centre to weaken the Undead. The Dragon would be tackled by some cheap mounted Heroes and the Ur Elohi flying hero. 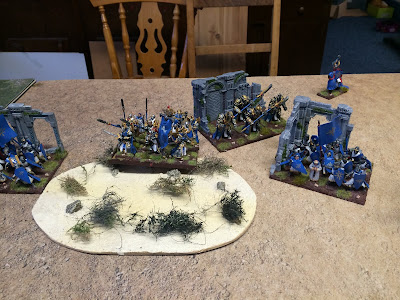 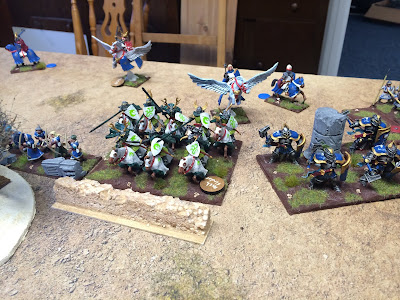 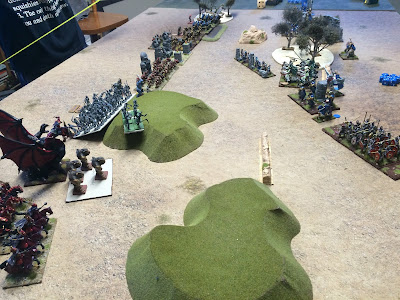 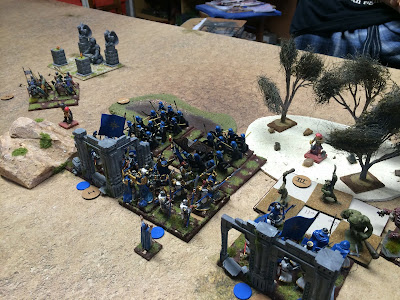 Centrally I lost my missile troops early on and got overwhelmed by some Surge-shenanigans that cost me a couple of flank charges. The innate toughness of the Basileans meant they sold themselves dearly though. 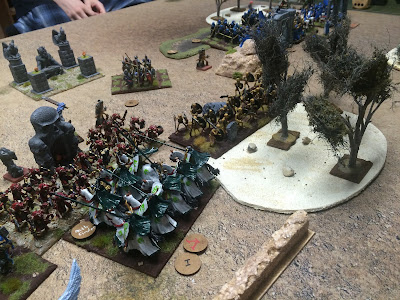 My attack on the congested eastern end quickly turned into a grinding match with my Paladin Foot guards steadily wearing the skeletons there. A dreaded snake-eyes meant the Trolls last longer than they should have. 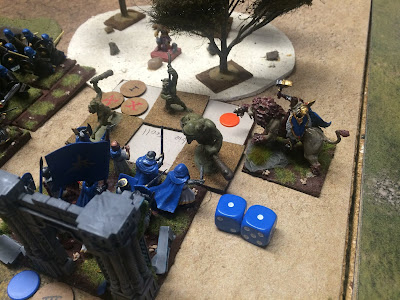 I was pretty successful in bogging-down the Dragon / Wyrm but could nt kill the thing. It did however play no meaningful part in the game so that's a win. 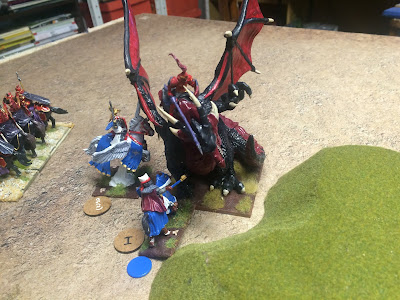 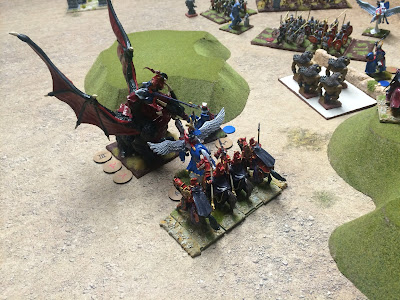 In turn 6 I mounted a triple charge on some Werewolves  - the game deciding combat, Victory would give me a 10-8 win but defeat would be a 10-11 loss. I needed a 10 on the nerve test but got 9 so a narrow loss. 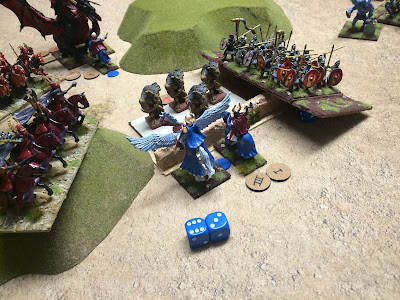 My deployment was nt great but I got a little overrun in the centre with surges, drain-life and life leech all adding-up against the units there. Still a good game that could have gone either way.

Email ThisBlogThis!Share to TwitterShare to FacebookShare to Pinterest
Labels: Basilean, Forces of the Abyss, Kings of War, Undead