After a burst of painting over the Christmas break I've completed another project and placed it on the shelf. The Basileans are a human faction in Kings of War that are an amalgam of the Crusaders and Byzantines. I've mostly gone with a Crusader aesthetic so the units can be fielded as 1st Crusade for historical games. 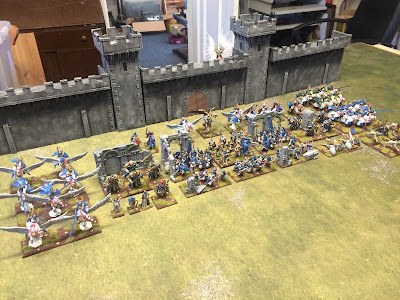 
The core of the battle line are the Paladin Footguards - these are resilient units who can benefit from Elite for greater combat power, but without 12 attacks their role really to hold the line and grind. Supported by healing they are tough to wear down 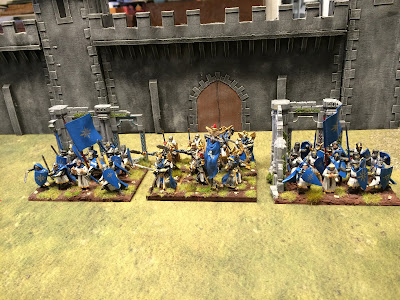 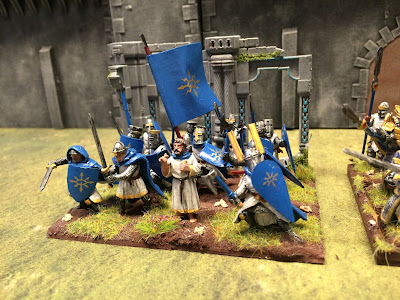 The Ogre Palace Guards are a unit imported from Vanguard. With Crushing Strength (2) and Defence 5+ they can both give and take punishment. These provide the primary infantry hammer units in the army and always to be found in the heart of the action. 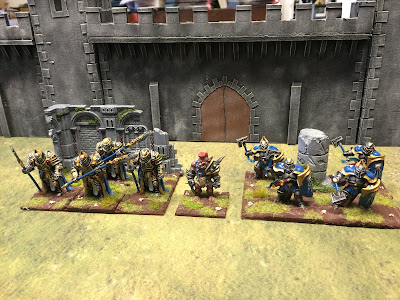 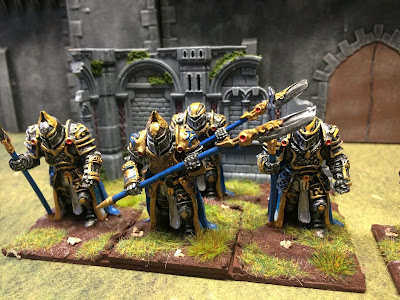 The cavalry and chaff

KOW V3 has reduced the power of heavy Calvary but the army still benefits from the mobility of two Paladin Knights regiments, here supported by General Gnaeus Sallustis - a Knight regiments worth of pain in a hero sized unit. One unit is painted a Brotherhood unit incorporated into the Basilean army but can also be used on the Green Lady's list. 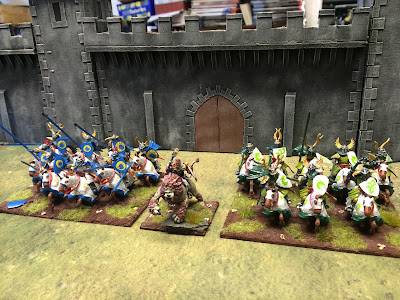 The battle-nuns forming the Sisterhood have lost much of their useful having been somewhat nerfed. The Scouts though provide reliable shooting and cab act as chaff/anti-chaff, albeit costly ones. I can field 3 troops of these. 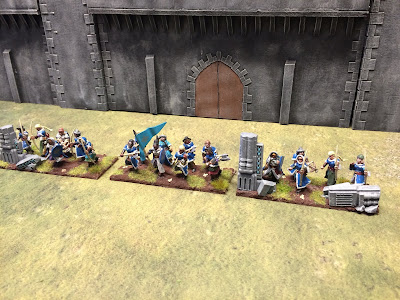 I planned the army in V2 and so included 2 hordes of Elohi flying knights. They have been heavily downgraded and so no longer provider the primary hammers in then army. They remain useful though for flanks, threat projection, and for grabbing objectives. Due to their cost they now often feature in regiments rather than hordes. 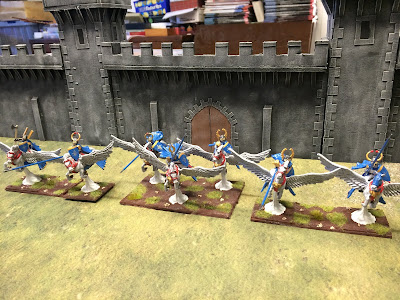 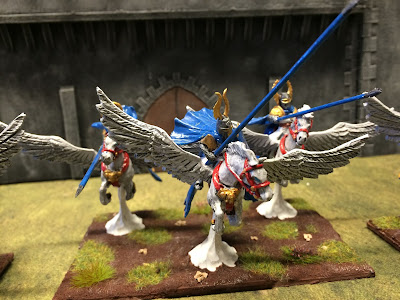 The third unit to cross over from Vanguard are the Gur Panthers. In troops they are fast and manoeuvrable units that can attack as chaff or threaten a flank. At speed 10 they are quicker than other equipment units. 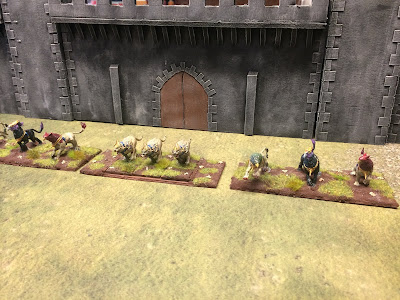 
War machines are more reliable in V3 and do provide a way to attack large, high-defence, units before they stomp you. These have been supplied by the Elves as military aid and repurposed. 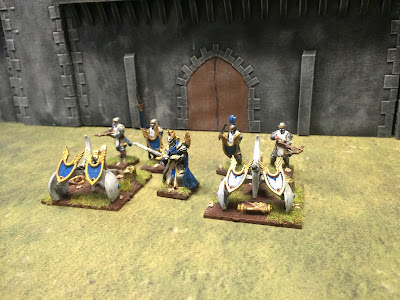 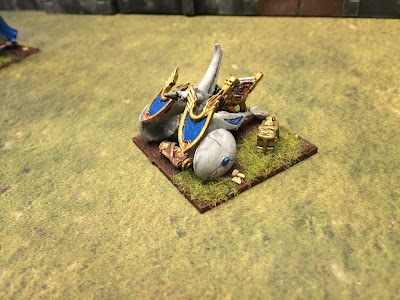 Heroes, priests, and wizards provide essential support to the battle line, and I've plenty of figures. I'm usually fielding Priests (inspire, heal, and banechant) and Chaplins as heroic chaff. The Priests are especially useful in keeping the core units in the fight. 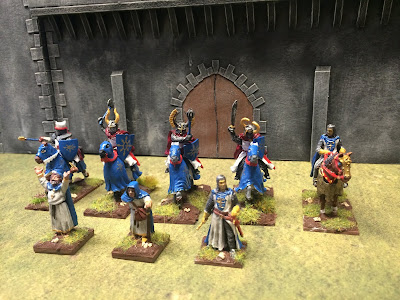 The flying heroes provide punch as either Ur Elohi or named characters. Samacris provides mobile healing, inspiring and some ranged attacks with her fireballs. 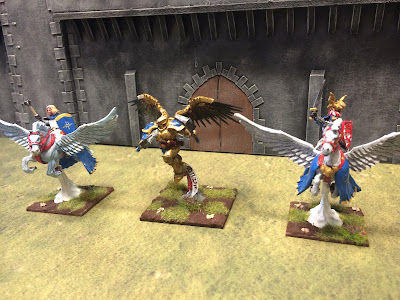 All-up its probably about 4,000 points so plenty of options available. I can also add-in units from my Crusader forces to give Men-at-Arms and Crossbowmen when needed. 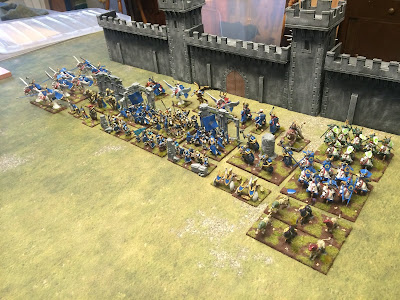 Email ThisBlogThis!Share to TwitterShare to FacebookShare to Pinterest
Labels: Basilean, Kings of War