As part of my ongoing efforts to educate the younger generation in the merits of mass-battle games we've begun a new weekend Kings of War campaign. Its fantasy but it focuses on tactics and gets some painting habits built.  This campaign follows-on from the last and gives the Undead a points advantage to help balance things a little. 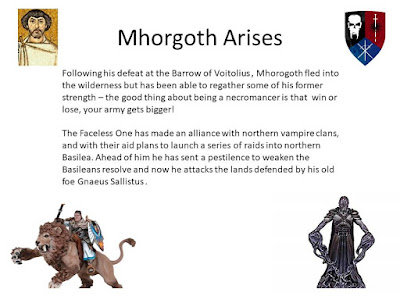 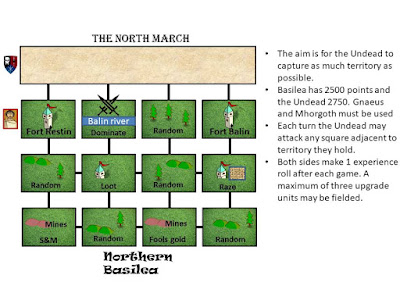 In the opening game the Undead attacked the Balin river crossing in the Dominate scenario - the winner being the one with the highest Unit Strength within 12" of the bridge. The river was difficult going.  We both had a similar plan - hold the centre and look to attack on the right. Being larger though the Undead could afford a small attack on their left too. 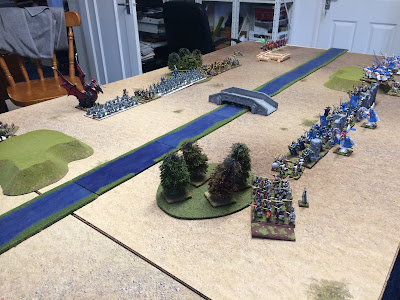 We both tried some new units with the Undead fielding two troops of soul Reaver vampire cavalry, two catapults and a Vampire Lord on a dragon. I tried out the Basilean bolt thrower. 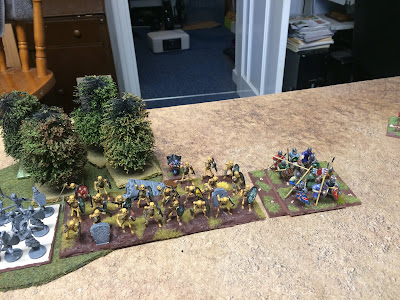 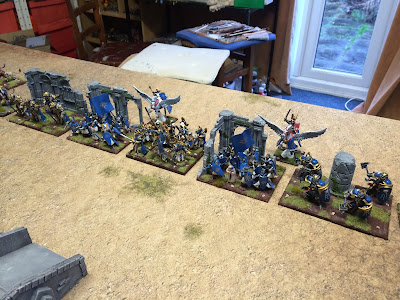 We both moved up our flank attacks in the early turns and were fairly coy in the centre. For the Undead there was little need to attack the centre as they outnumbered the enemy. The Basileans were in no hurry as they wanted to allow time for their flank attack to develop. 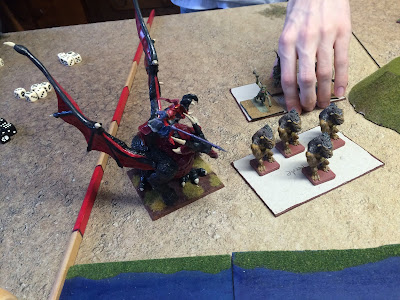 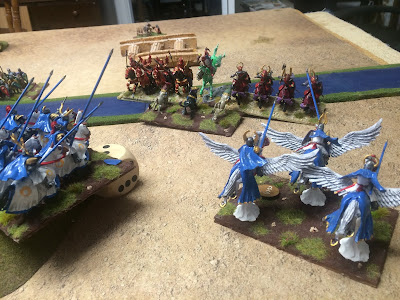 The Basileans were more aggressive and managed to get troops into the centre by turn 3, allowing them to begin rolling-up the Undead lines.  After some initial success it settled into an attractional grind but with the Basileans having greater Unit Strength in the centre they were happy with this. 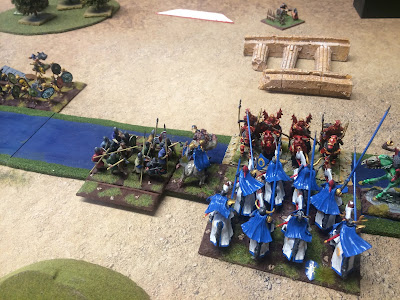 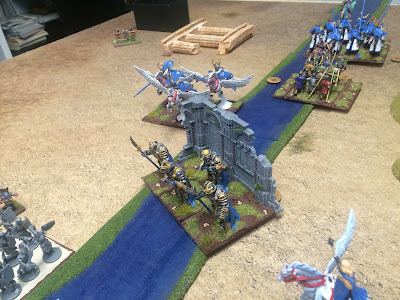 The Undead flank attack finally arrived in turn 6, but too late to prevent the Basileans winning 15-10 on Unit Strength, this holding-off the first raid. 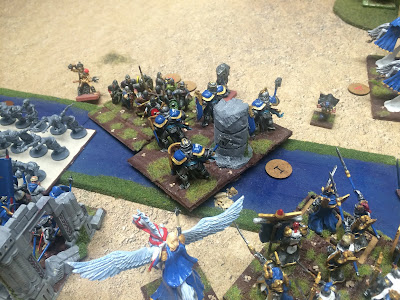 The main Basilean reflection was that the bolt Shooter was a waste of points - it managed to cause about 2 wounds on the Vampire Lord all game. For the Undead fielding the Soul Reaver cavalry in troops was not very useful - a single regiment would have been more useful and cheaper.