The second battle of the campaign was a raid by the French on the outskirts of the Fort as they sought to burn-down a sawmill and a boathouse located just outside the defences. The French arrived from the Western edge with the British forces scattered across the table.

It took 6 figures 1 turn to light or put out the fires and damage accrued each turn it was alight. We also saw artillery for the first time - its good on shooting cover but in this case destroying the buildings would have been actually helping the attackers! 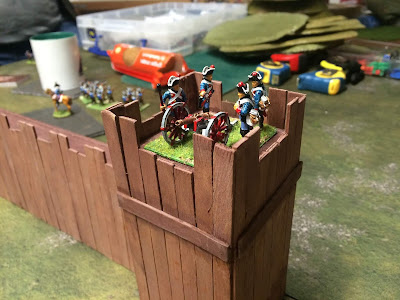 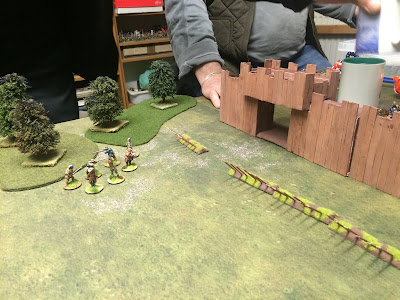 The lighter French units advanced rapidly as  British mustered to mount a defence. The plan was for the French troops to attack the village while the Indians sought to set-up a crossfire that would block the British reinforcements. 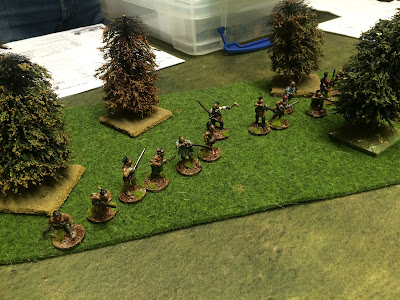 The French reached the village and occupied the sawmill. We ruled they could not set fires whilst in the building to they instead attacked the British militia based there. Some really good British rolls forced the French back as a Colonial unit approach to reinforce. 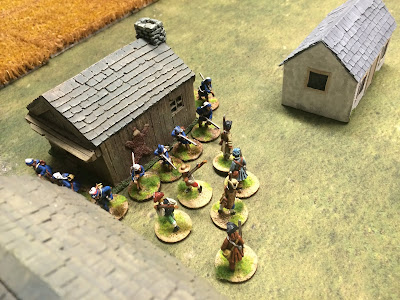 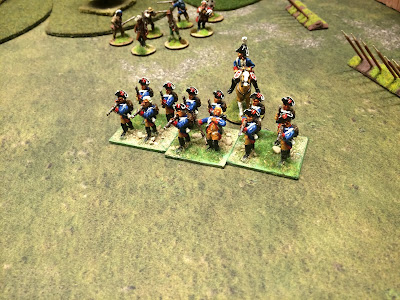 The main British force debused from the fort but quickly became embroiled with the Indians who were able to shoot them from two sides and whittle away the line units. 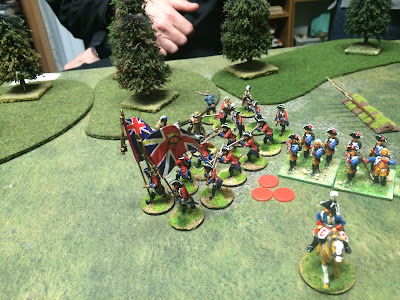 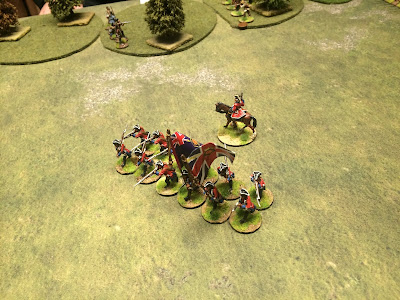 Eventually some British units made the town only to find the French Regulars had arrived an begun setting fires. Some damage was caused but the French were forced back into cover where both sides began shooting. 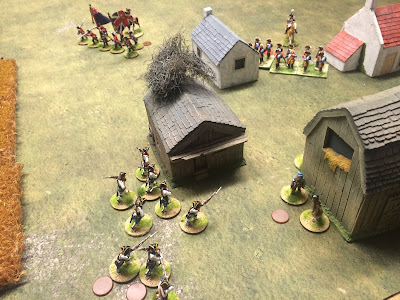 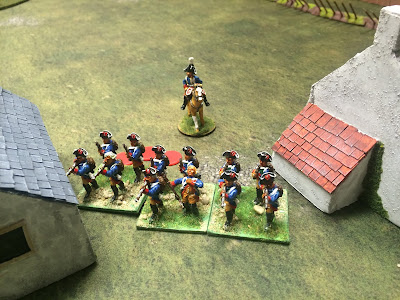 With the French mostly in cover and the British in the open this firefight was definitely in the favour of the attackers who managed to break all but one of the defenders. The game has a variable end-point and it concluded as early as it was possible - this saved the British as one more turn would have seen them annihilated and the village raised to the ground. 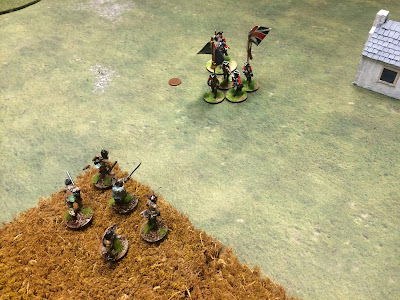 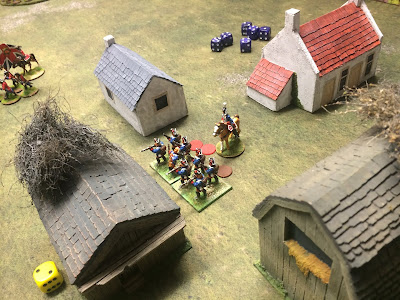 A close-fought game that perhaps the French should have one, but on this occasion fortune favoured the British. With 1 win each the French still hold a small lead as they have been more successful in their side objectives.
Posted by Wargamer Stu at 03:51