This week the French tightened their noose on the fort and so the British decided to lauch a sally. Their aim was to destroy two guns emplaced in front of the fort. The British attackers had the larger force including some elite Grenadiers.

The French hunkered down in their defences with Regulars in the centre and light troops on the flanks. The British sallied forth with their right loaded with all their light troops. 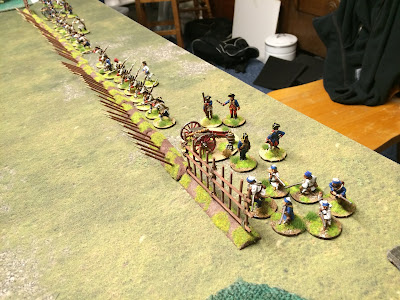 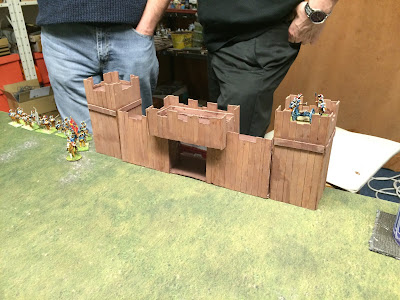 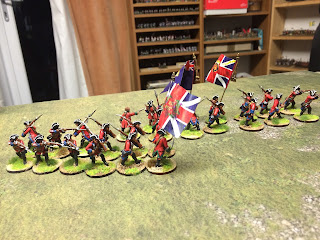 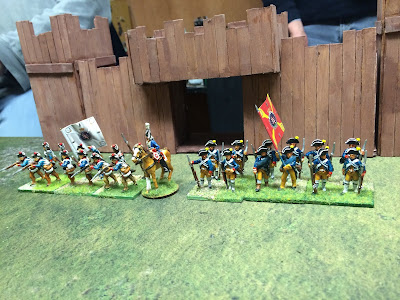 A strong attack by the British lights almost turned the French left as a run of really helpful cards allowed them to attack without any French repsonse. The cards even-out though in the end and the attack was halted in the nick of time. 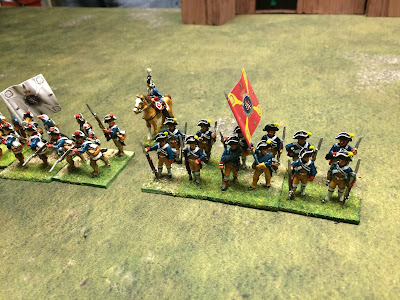 With the flanks secure the main attack on the defences dwindled and the sally was pushed back ino the fort without the loss of either gun. 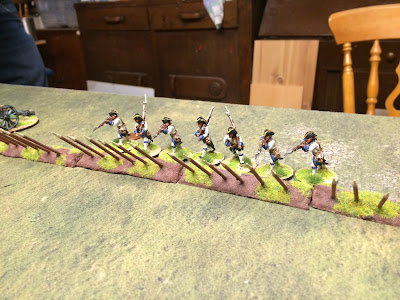 We played a new mechanic this week where the turn can end before all the cards are played - adding an element of chance. Its not an unusual idea in card activation games but the impact here felt large as units have multiple activation cards.  In this game the French lights suffered badly at first being somewhat swamped without really doing much.