After a couple of weeks off we picked-up again the battle between Mhorgoth the Faceless and the Lion of Basilea, Gnaeus Sallustis. We played Kill - where you must destroy the enemy and finish with a 10% lead.

Both sides deployed their fastest units on the Basilean left, with a single unit of Elohi over on the right. 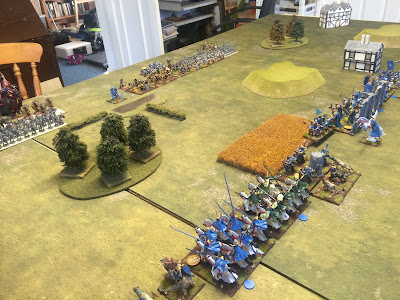 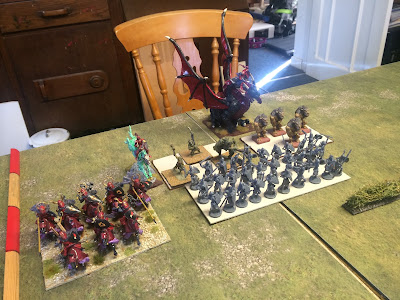 The Undead centre was heavily stacked with the mummies making their first outing having been only just completed this week. 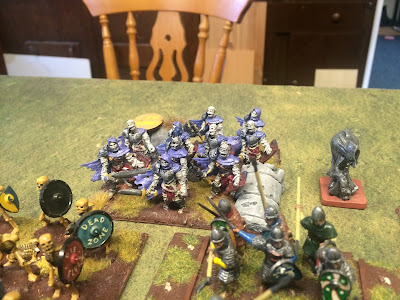 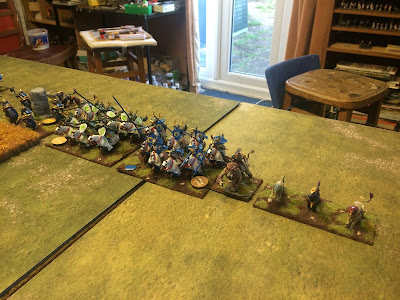 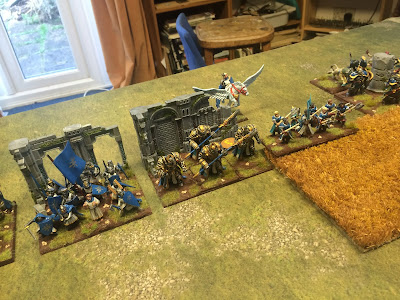 Centrally the lines clashed early with plenty of grinding going on. This favoured the Basileans for once with their high defence and heals keeping them going for the whole game. 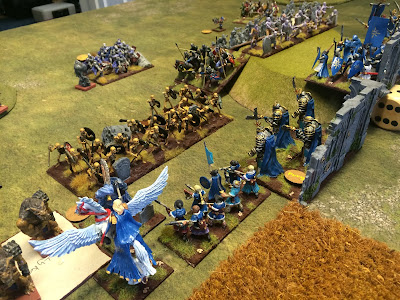 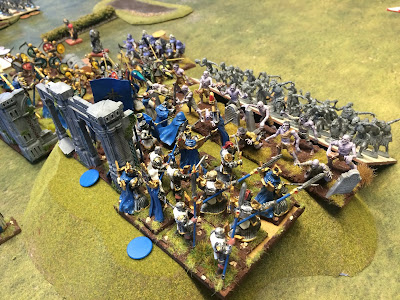 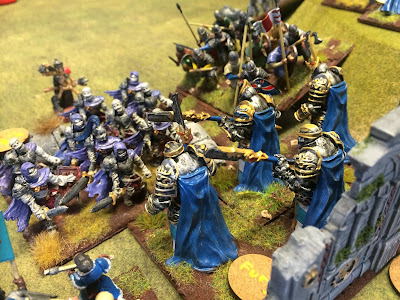 On the Basilean left the plentiful Undead slowly pushed back the Basileans, with the Undead dragon hoping quickly into the backfield and getting stuck into the Ogre Palace Guards. Topped with heals this developed into a stalemate that kept the dangerous vampire lord locked down for half the game. 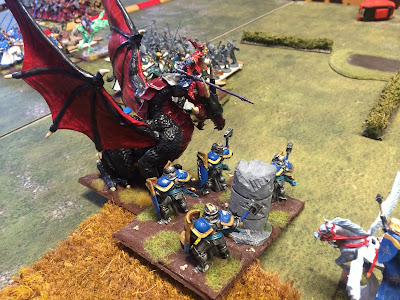 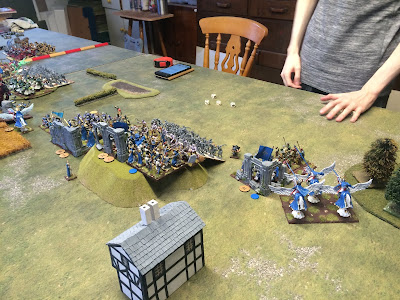 In the end the Elohi were able to move around the back of the Undead lines and cause sufficient damage to give the Basileans a win. 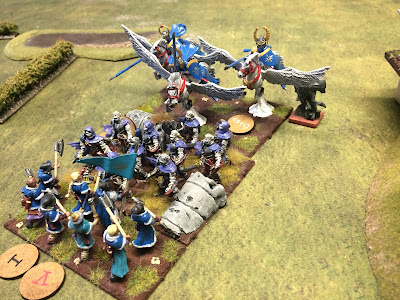 I've also managed to complete a couple of Undead units this week. Firstly a mixed unit that we will use as Wights - hard hitting and tough they are similar to the Elohi. Figures from GW. They were not ready for the game but will surely feature in future. 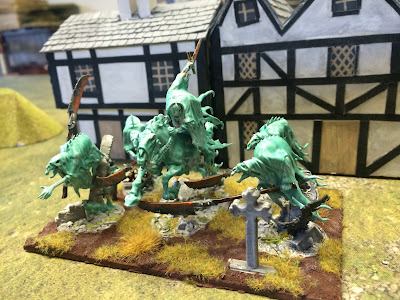 Secondly a unit of Mummies - tough and quite puncy with Crushing Strength (2) they will no doubt be staple unit in the battleline. 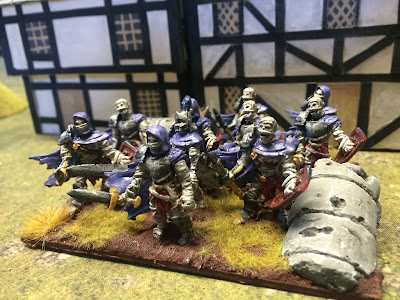