Due to a couple of absences we were unable to play our planned French / Indian Wars game this week and so dipped into What a Tanker again. I've always liked the light recon forces but they are rarely  key part of the game - on this occasion though they were the stars.

Two light forces were scouting the table and attempting to secure a couple of broken-down tanks. The Germans had three * Puma armoured cars and one Pak 40 variant. The Americans had two * M5 Stuarts and one M8 HMC 73mm variant. 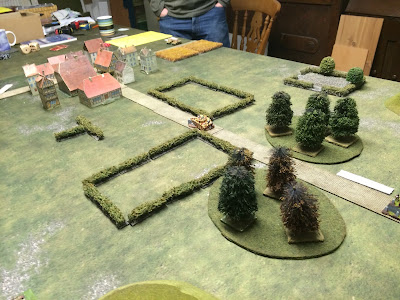 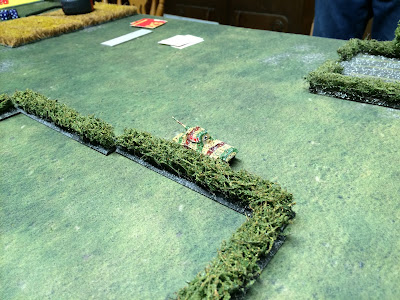 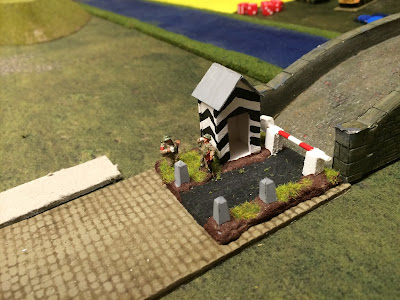 The early game was certainly the Germans as they advanced through the town and were able to pin down one of the M5's with accurate fire that quickly stripped-away the Stuarts command dice. After a couple of turns they controlled one objective and threatened the other. 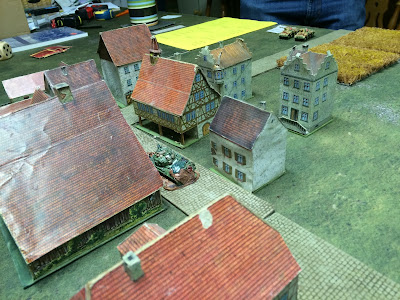 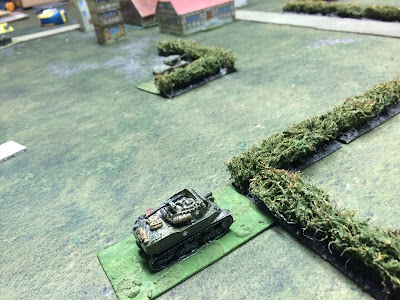 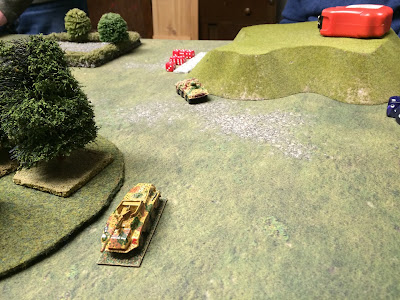 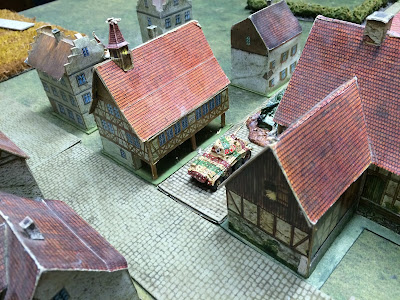 The HMC finally woke-up after a couple of rounds of inaction and managed to ambush the Puma's sneaking around the wood on the west of the table. Within a couple of turns it had destroyed two Puma's (including the Pak40) and grabbed an objective. 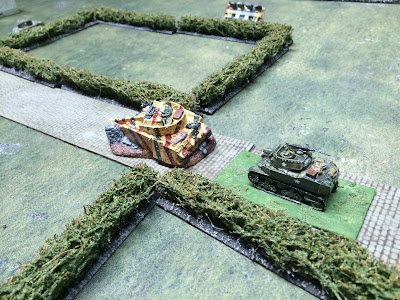 This just left the other two M5's to grab the objective in the town and secure a good win. So another fun game. Although written for 28mm it works well in 15mm and controlling 2 tanks each is very manageable given the simplicity of the rules. 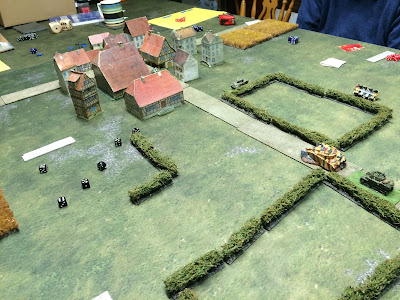