We found ourselves in reduced circumstances this week with half the club in self-isolation due to the yellow peril. So we dipped into the C S Grant scenarios book and selected Reinforcements of Table - the Russians would try to resist a French attack while they awaited the arrival of the Hanoverian relief force. We opted for Muskets and Marshalls and 28mm figures. 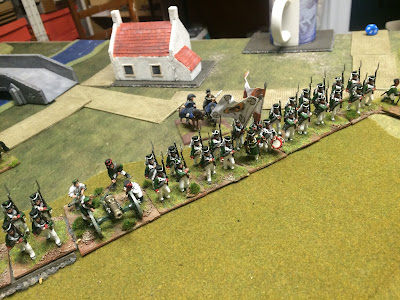 Marshall Patronne opted to mass most of his infantry on the flanks with the centre held by cavalry and the gun line. 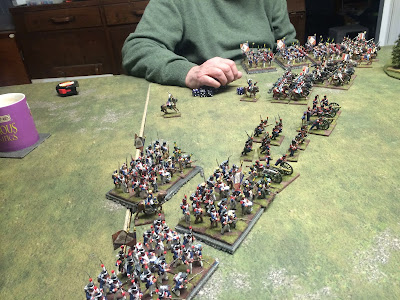 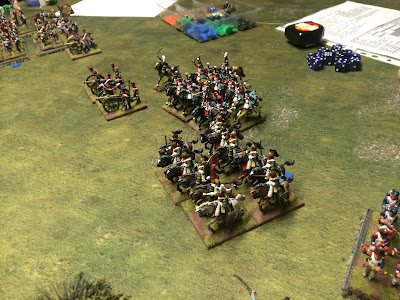 As the French closed in they suffer minor damage from the waiting Russians but were able to turn the right flank of the position by routing the Cuirassiers guarding that side. Luckily the Hanoverian cavalry arrived in the nick of time and stabilised the position. 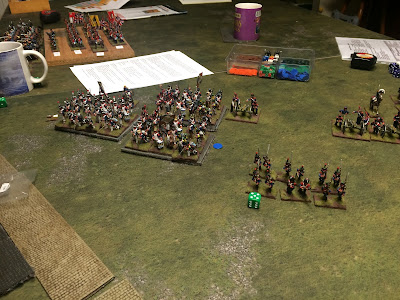 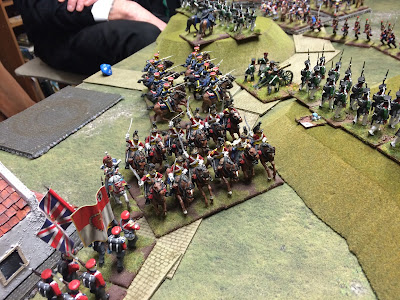 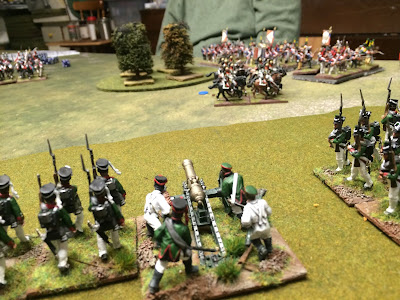 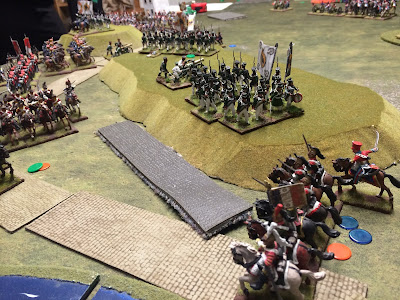 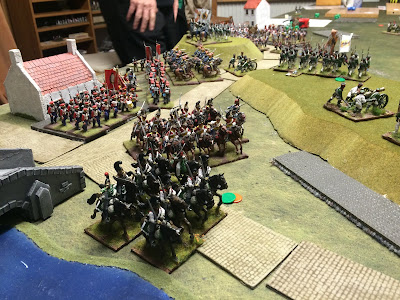 On the Russian left several French columns toiled up the hill - the first was rebuffed but numbers told and the Young Guard secured the position as a brief struggle. 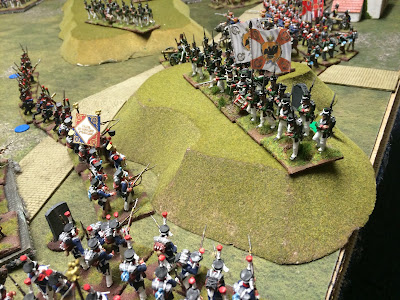 The French attack on the Russian right arrived rather later and found  the defenders in better shape. They attacked boldly but were unable to  secure the position. The final result was a draw with the French and Russians each holding 1/3 of the ridge and the final part contested. 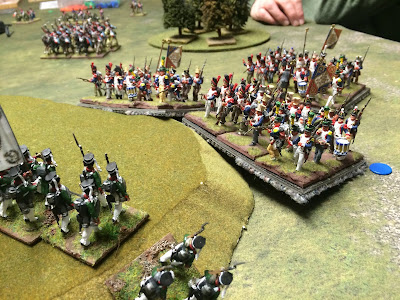 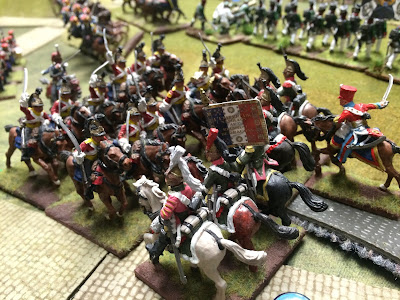