With us not meeting a few club members are solo playing, so I will be positing the results of this up. Firstly Nigel has been playing some 28mm games. As he says

"I just finished Nordic Bronze Age army after Wargames Foundry did a special offer for 29th February. I've been collecting figures for this army for years but I think it is now finished. I set up a game Nordics versus The Celts (using Welsh and Picts) and using Kings of War Rules. Nordics used

2 units of Chariots (Heavy), 2 troops of light cavalry 4 units of warband and 5 units of spear. The Celts has a similar force but replacing troops of chariots with troops of cavalry."
It was a Nordic victory! I put it down to the lur players and dancing maid. 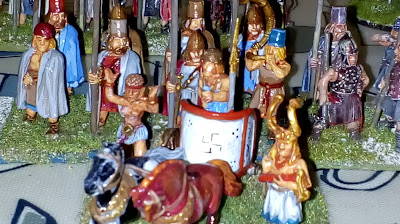 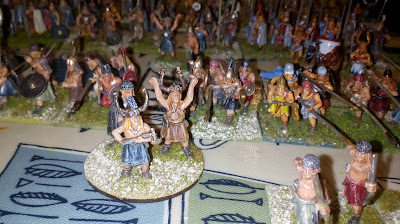 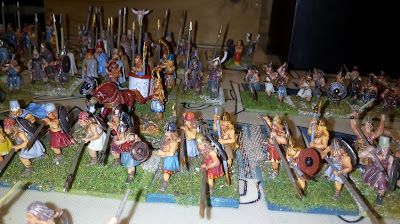 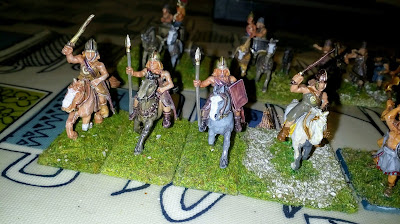 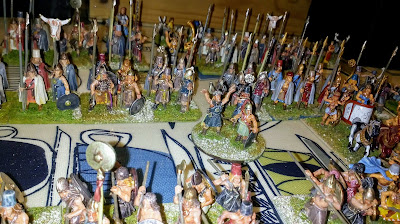 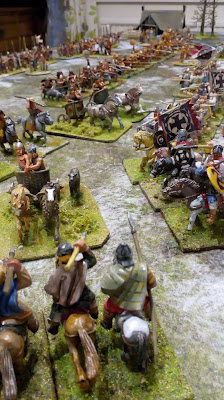 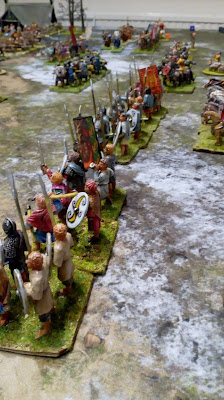 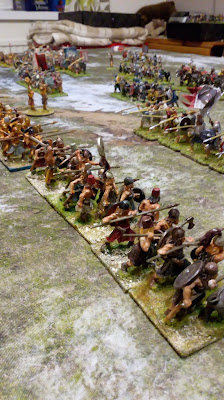 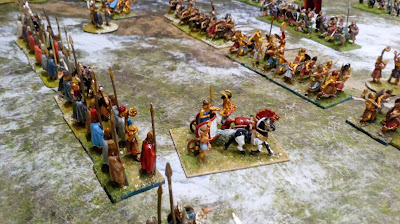 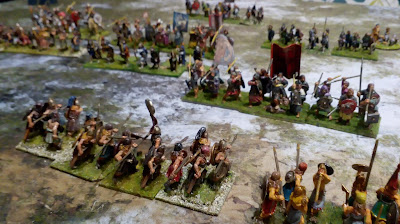 Email ThisBlogThis!Share to TwitterShare to FacebookShare to Pinterest
Labels: Ancients, Kings of War