The Revenge of Mhorgoth the Mandatory

This week we fought the Invade scenario where the winner is determined by having the greatest Unit Strength across the half way line at the end of the game. This battle featured some new/newish units for both sides. The Undead had Mummies (2nd outing), freshly painted Werewolves and the Wights (hard-hitting ghosts). Basilea has the mighty Phoenix, a support caster.

Both sides deployed their main attacks on the eastern end of the table with large infantry forces in the centre and a few mobile units far out on the western end. 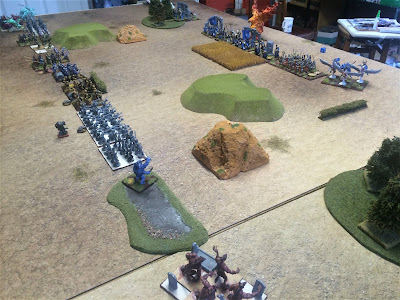 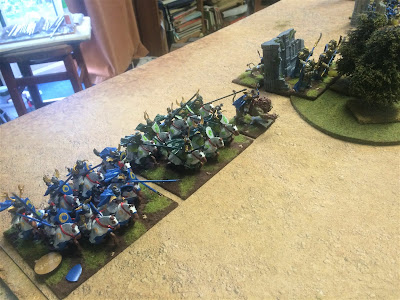 We got stuck in quickly with the main attacking units in combat by turn 2. My Basileans were out numbered so I gambled on a Alpha-strike designed to break the enemy and turn the flank. I had partial success but lost my general (Gnaeus) in the charge. This is where weakness of the Phoenix became apparent - lacking Inspiring it could not fly over and fill the gap left by the generals removal. 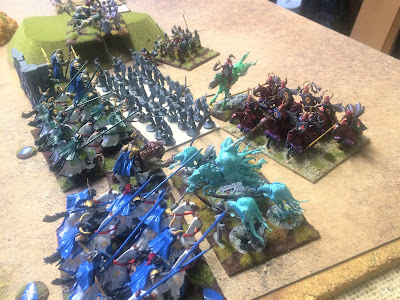 Centrally the grind went the way of Basilea with the Paladins slowly cutting through the Undead hordes. All except the Mummies who stood rocklike under heavy attack. 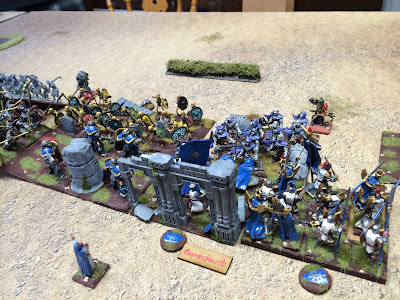 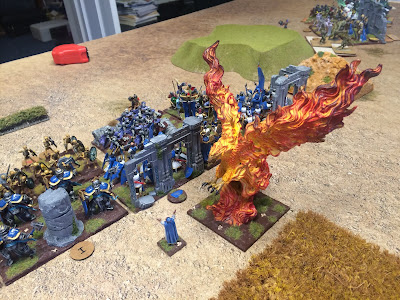 Having failed to break through, and lacking Inspiring, the Basilean units on the western flank began to crumble and were routed, leaving the units in the centre to try and hold-on in what was a winning position. 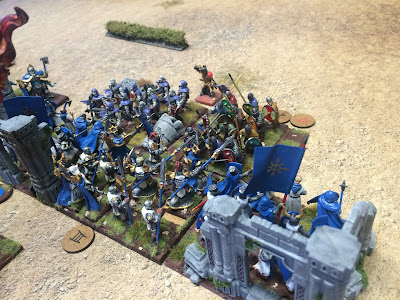 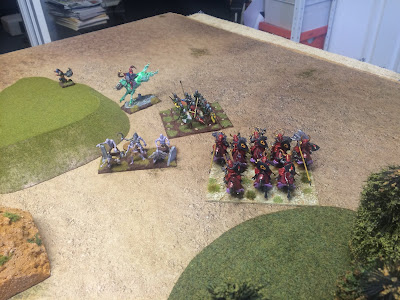 With 1 turn to go Basilea was ahead  13-6 but could have lost the centre to make it 10-9 to the Undead. At this point the Phoenix made its most useful contribution by pinning-down the Zombie Trolls who were the main threat. So a win that could have been a loss very easily.


So how did the new boys do?