Flight of the Pheonix

The lockdown means I've been home more than usual this week so was able to squeeze in another game in the Undead vs Basileans campaign. This time Mhorgoth attacked the river crossing again - so the scenario was Dominate where you must have the greatest Unit Strength within 12" of the table centre at the end. The Bridge acted as the centre and the table was bisected by a river counting a difficult going. 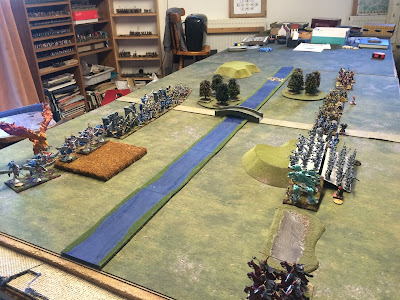 This time I went for a very different build to usual. I has a solid infantry core supported by healers who would try and hold the middle. Supporting them was a flying wing of 2 Elohi Hordes, an Ur Elohi hero and the Phoenix as a support caster. Their job was to crush the enemy from the flank. 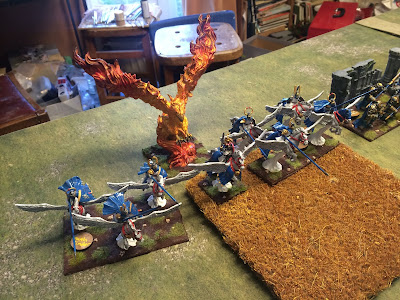 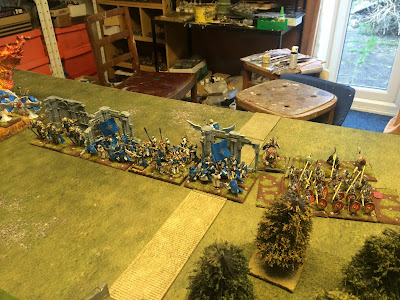 The Undead also fielded a fast flank of freshly painted werewolf hordes and the Lykanis werewolf hero. The centre was a mass of skeletons / mummies / zombies, with faster moving Wight's and Vampire cavalry on the flank. 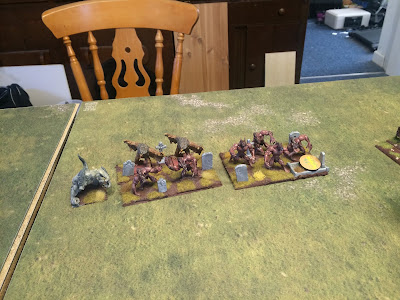 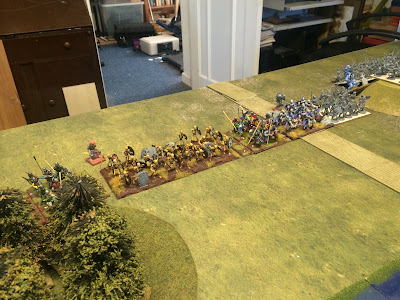 Turns 1 and 2 went pretty well with the flying wing deleting the Vampires and Wights, giving me space on the outside. The second rank of zombies and skeletons were fed-in which kept my strike force busy in turns 3 and 4. 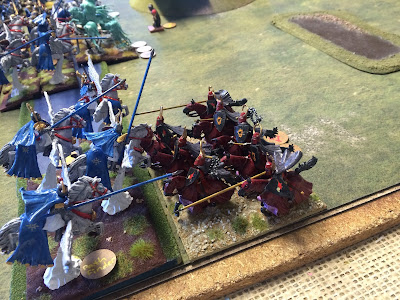 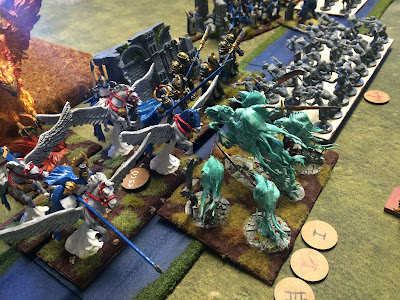 Centrally a large grind developed with both sides unable to really do much damage due to the Basileans heals and the Undead's life-leech / drain-life. 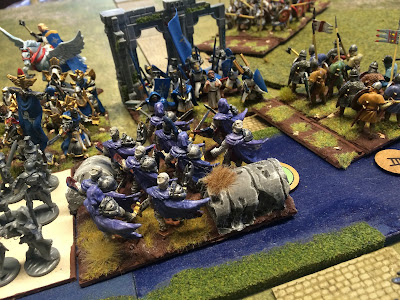 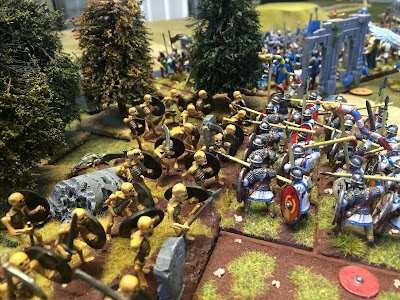 Whilst my strike force was cutting through hordes of Undead, on the opposite flank the werewolves quickly moved to envelope me - the race was on for each side to turn the others left. Lacking the numbers of the Undead I fed in units slowly to try and force combats that would delay the werewolves. Gnaeus himself bravely tacking 3 units at one point before being unhorsed unlioned. 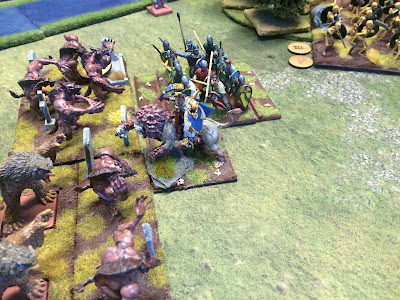 A decisive moment was when my Elohi charged a key unit in the Undead centre, causing heavy damage but rolling snake-eyes they failed to rout them. Next turn there was further damage but another snake-eyes left me stuck on their flank at the end of my last turn. 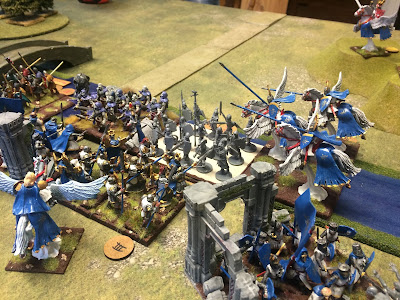 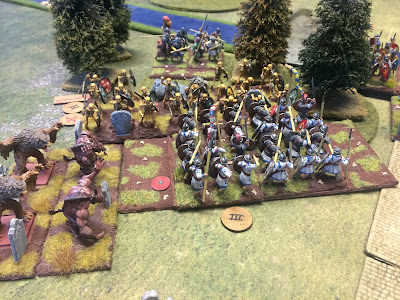 With me unable to break through centrally the werewolves completed their encirclement in enough strength to win the game for the Undead on Unit Strength. 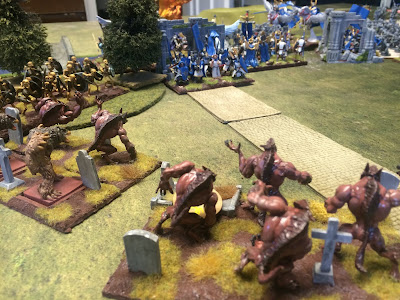 So its hard to be clear if the flying wing really works or not. The double 1's twice skewed things but looking back my left probably lacked troops and struggled to delay the werewolves enough. The Paladin foot were as tough as ever and held out well with their healer support. 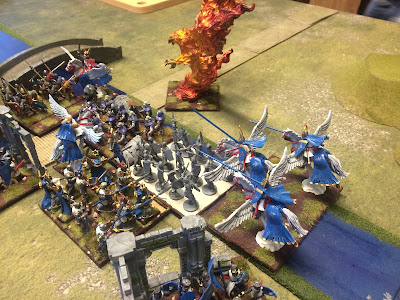 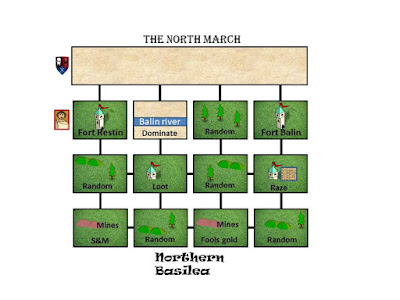