Attack of the Faceless one - part 2

Having been beaten back last week The Faceless One renewed his assault on northern Basilea over the weekend (handy as I was about to fight him). The scenario was Raze - capture the central objective and up to 3 in the enemy's half of the table. You can contest objectives in your own half but not capture them.

The Basileans deployed tight with most of the units facing the central hill and a couple of faster units on the flanks. The Undead hordes spread our more with the right having the Vampire on Dragon, which posed a big threat. 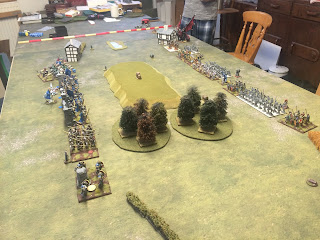 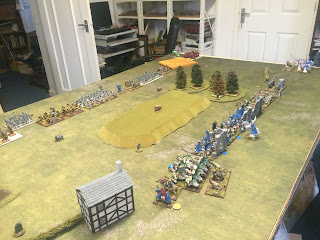 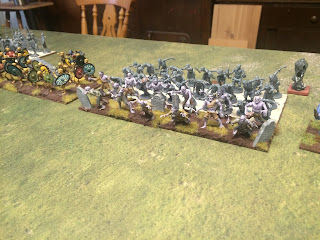 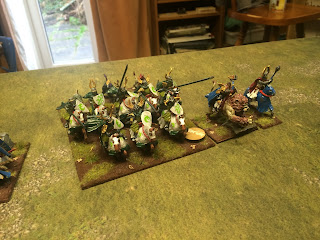 The Undead moved first and shambled forward slowly towards the hill and other objectives. The humans were able to move more swiftly and threaten charges across the line. I did however miss-measure and left a flank for some beastly Lycans to take-out a Paladin guard unit. The Werewolves were themselves deleted the next turn by my Knights though. 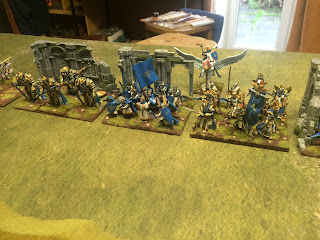 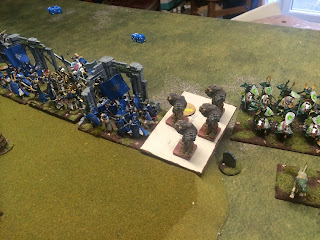 With about half the game the Basileans looked to be in control - the high ground was occupied and the attacks going well. On the right the flying Elohi (with some Ogres in support) were able to defeat the Vampire cavalry holding the flank a claim a token. 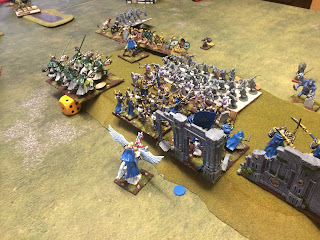 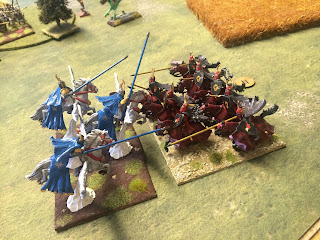 A second Ogre unit was able to also claim a token putting Basilea 2-1 ahead and looking to claim the central token in turn 4. 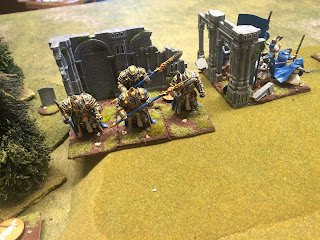 Finally the Dragon and some zombie trolls completed their long encircling march and attacked the centre, wiping out the Knights holding  the edge of the hill. 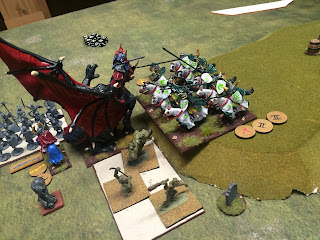 Both sisde then piled troops in the centre as by now its was 2-2 and middle token was the only viable target. With the last Basilean move they could have claimed the token but the flying Elohi were 1" short, so it was a 2-2 draw. 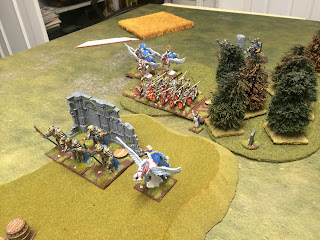 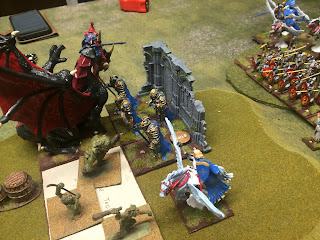 An interesting game as the Undead artillery ( 2 * Catapults) really came to the party and along with Drain Life severely weakened the Basilean central units. We also saw some strong surge rolls that got the Undead into combat for a couple of unlikely double charges.
Posted by Wargamer Stu at 13:39