For week three's game two mixed forces were seeking to secure the road through a heavily wooded area. Points were awarded for holding a sixth of the table at the end of the game. We also used hidden movement for troops in the woods, using blinds and a few fake ones. 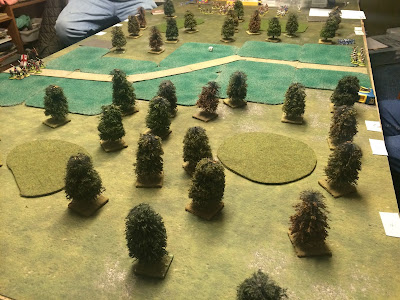 The British initially advanced rapidly to grab half the table and put pressure on the advancing French regulars. 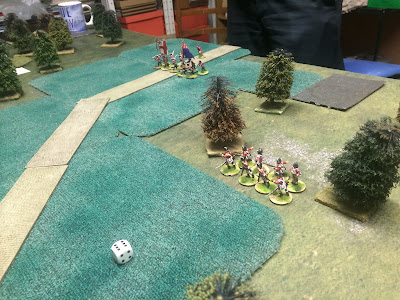 The second part of turn 2 was critical though with most of the British light infantry and Indians destroyed by some devastating French shooting. 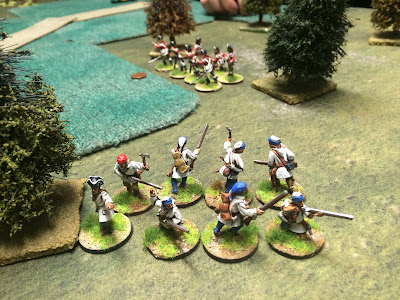 The British fought on an were able to retain some territory they had initially held. It was though a solid win for the French. This makes it 2-1 to the French after 3 weeks. 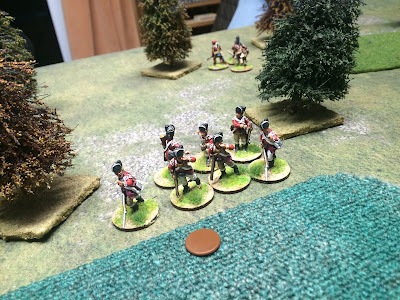