Seige of Fort Willam Henry week 4, and some bonus pirates

Week 4's game was somewhat a mirror of game 2, but with the French defending some  powder wagons from British attack. The French were mostly regulars and British mostly light infantry.

The terrain heavily favoured the ambushers with them wholly in dense cover and the defenders caught entirely in the open and unable to use the wagons as cover. 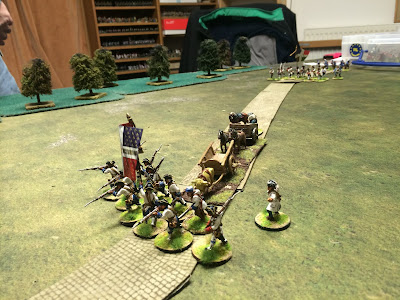 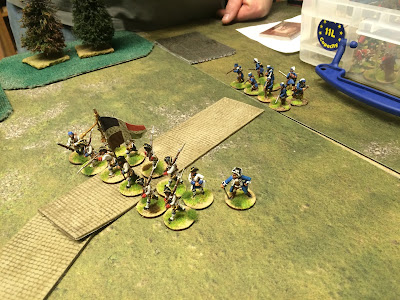 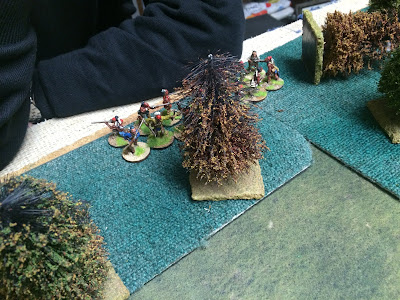 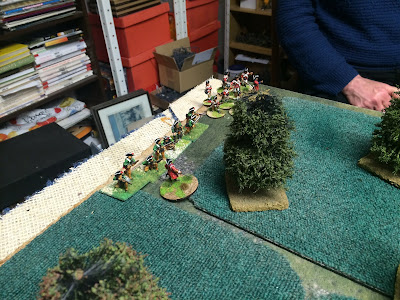 One move in things were looking tough for the defenders, aided and abetted by some dismal dicing.  By the end of turn 2 the French were in full retreat having caused only minor casualties to the British. 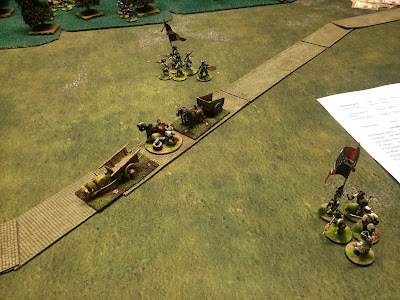 
This weekend I made my way to Fishponds for another game of Blood and Plunder. In this scenario the attacking British  (me) had to try and get units into the Spanish deployment zone to force a morale test that might see them withdrawing. 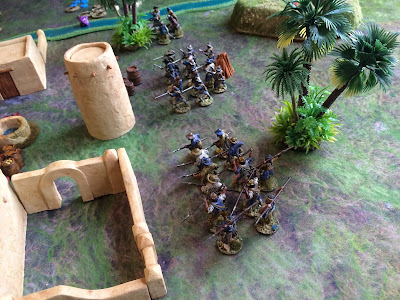 I stacked one side and looked to establish a solid base of fire, whilst sneaking my combat units forward to assault the enemy. 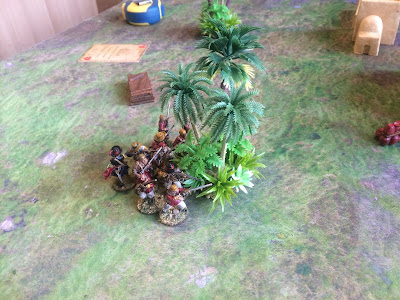 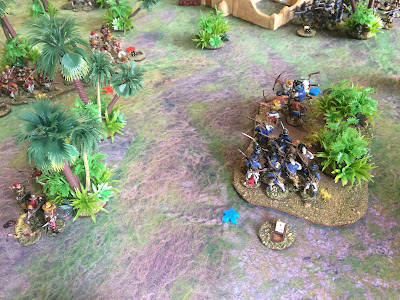 This was somewhat successful - I managed to push my elite Forlorn Hope into the enemies zone but was gradually losing the shooting war. 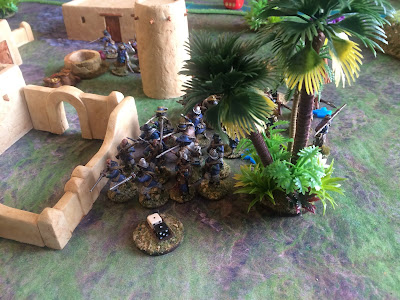 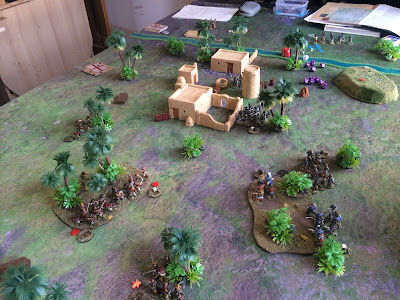 The gambit was good one though with the Spanish breaking after 4 turns to earn the British a victory. This was largely down to the resilience of the Forlorn Hope as they ensured 2 turns of intense fire with little damage.
Posted by Wargamer Stu at 11:24