Mantic Molochs for Kings of War - a devlish review

The Molochs are the heavy infantry option for the Forces of the Abyss army, proving much needed punch in the infantry line. I thought it may be useful to do a quick review as I've nt seen many on line.

For your £19.99 you get 3 models in the familiar Mantic box - don't forget the mantic points on the box tabs as I accidently threw 2 points away. You can see it here on the Mantic store. I bought 3 boxes giving me enough for 2 hordes. 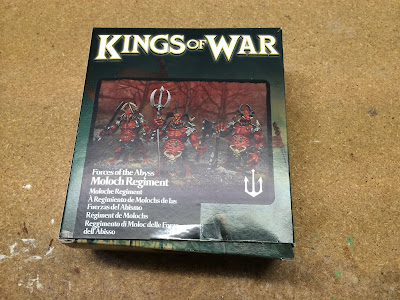 The models are in the familiar grey resin now used by Mantic for many of their larger figures. A little research showed this set used to be metal but the models looked identical. You get 3 bodies, 6 arms and 6 heads. So some assembly options are available. 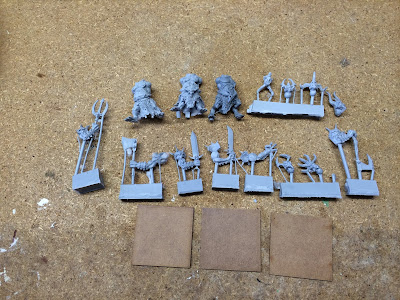 The resin now used by Mantic is fairly soft so easily cut. The main issue I had is that some of the weapons are delicate - both of the trident heads on mine became damaged as did one of the swords.  The fix was fairly easy though as they take super glue well. Assembly itself was pretty simple with the fit a good one - again I used a super glue for this. 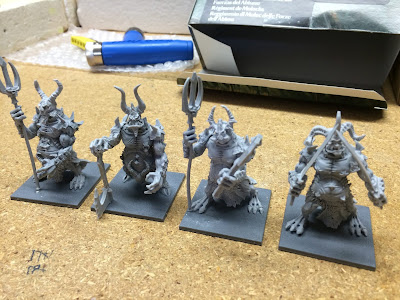 Once painted they look nice and have a pleasing devilish look about their faces. I've mounted mine 4 to a base with a stone column from Scotia Grendel for decoration. 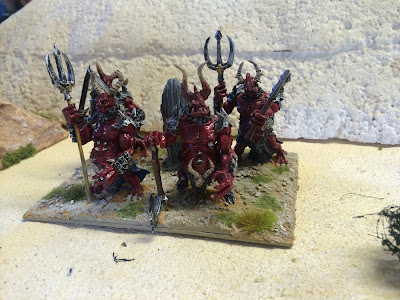 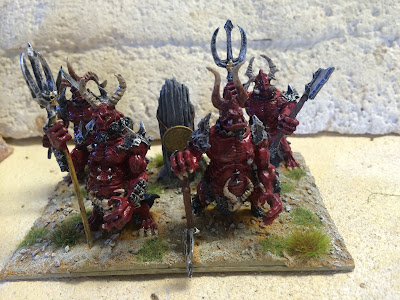 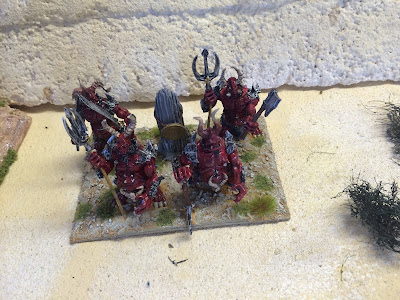 Having a little time due to all the bank holidays we've been having I also completed a troop of Hellequins - these are elite heavy cavalry units. The models are a mixture of abyssal horsemen and the hellequins from my Vanguard warband. 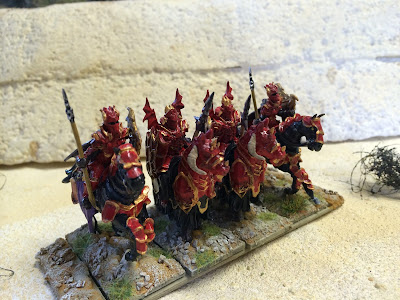 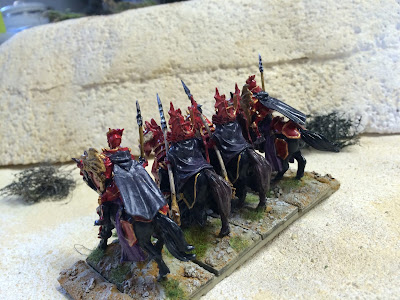 Email ThisBlogThis!Share to TwitterShare to FacebookShare to Pinterest
Labels: Forces of the Abyss, Kings of War