This is the final battle before the battle royale that will complete the campaign. The plucky Brits were charged with defending an oddly immobile heliograph station from attack by the Burpha's. They could begin with about 40% of their forces on table and the rest arriving as the dice determined.

The British opted to place three infantry units guarding the heliograph leaving the remaining 2 units, a couple of guns and the Bengal Lancers off table. The Burpha's filled the horizon in an attempt to swamp the Brits. 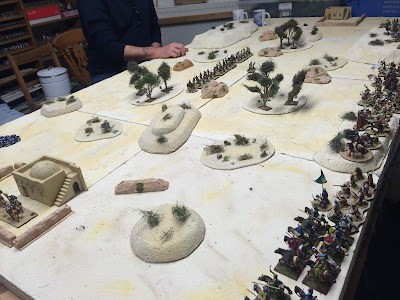 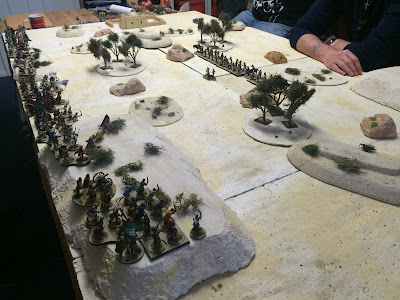 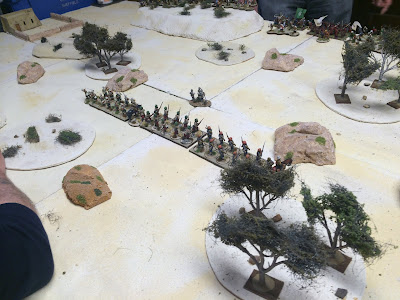 The Burpha pressed forward across the line with accurate artillery and rifle fire thinning the ranks of the British troops. Three moves in it was glum faces for the Imperial forces as they anticipated being overrun by a tidal wave of sword wielding maniacs. 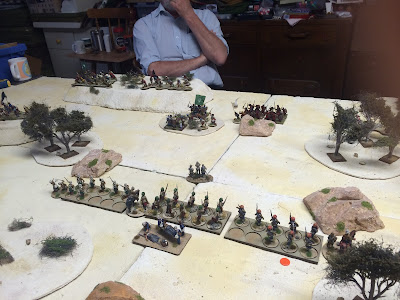 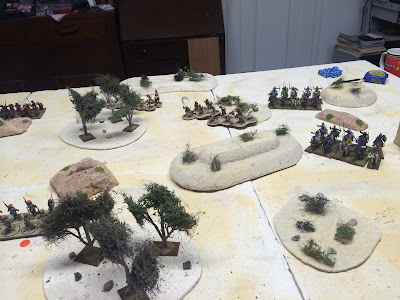 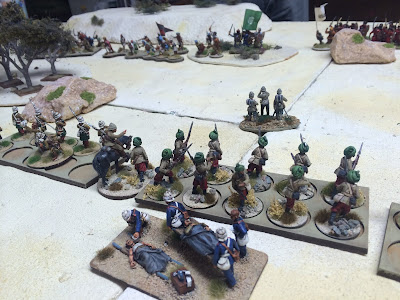 The rapid Burpha advance brought them in range of the British artillery that had arrived as reinforcements and they began to take a heavy toll on the Burpha cavalry that had tried to turn the flank. For two vital turns they pinned the Calvary and whittled them away.  More centrally accurate British volley fire at short range pinned the Burpha units as they tried to advance on the heliograph. 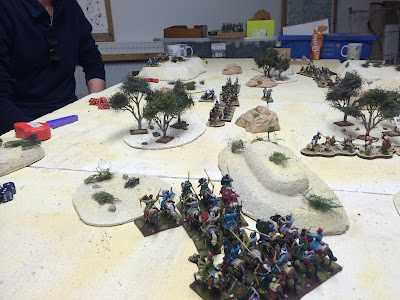 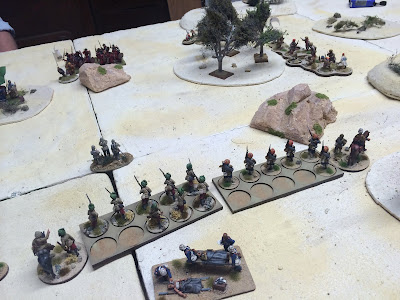 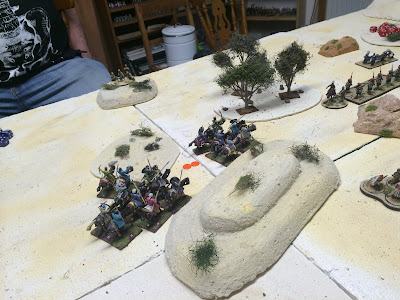 As the Burpha attack stalled, the Bengal Lancers arrived and promptly routed the Burpha horse before being shot-up by some lurking riflemen. The Burpha enthusiasm began to wane and one unit of Afghan deserters rolled double 1's three turns in a row for activation - a sign they might be planning to change sides again! 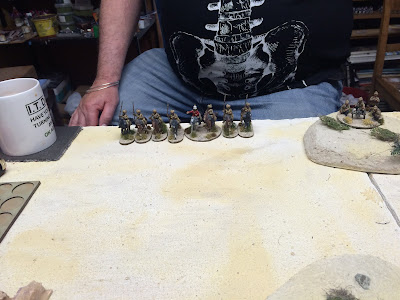 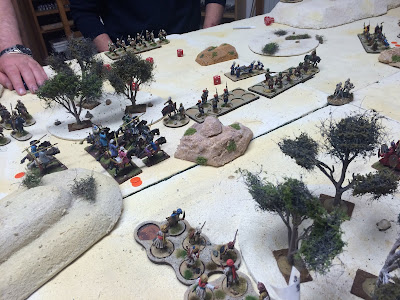 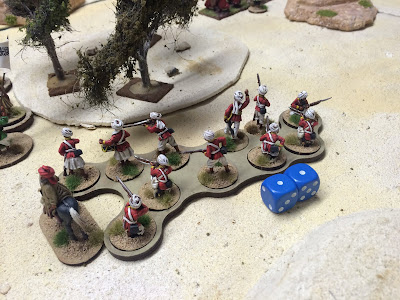 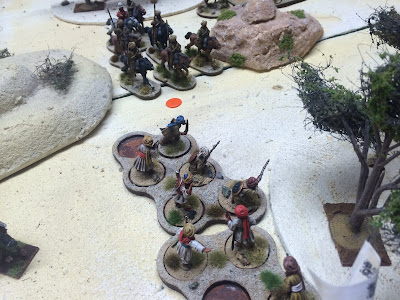 As we entered turn 8 it was clear the Burpha lacked the strength to mount a serious attack on the heliograph. So it was declared a victory for the British - their first of the campaign. Both sides now enter the final battle with a single win and so equal numbers of Burpha allies. 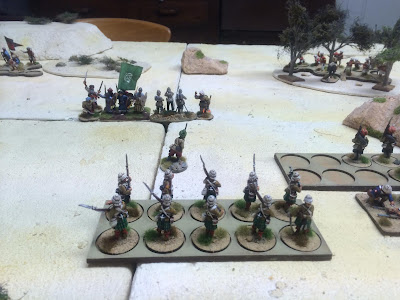 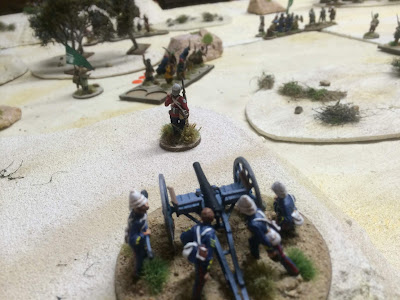