Salamanders vs Forces of the Abyss - Kings of War

I've now completed enough of the Abyssal forces to muster a decent 2000 point army. So I tempted aspiring Arch Fiend Sam into commanding them in his first game of KOW. 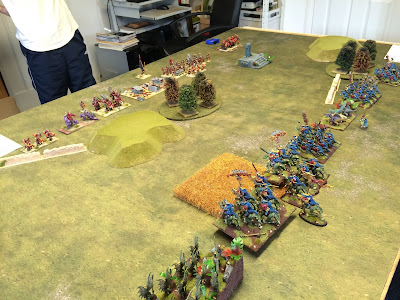 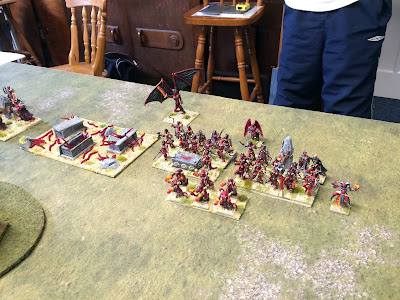 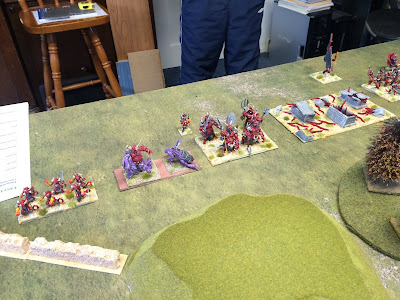 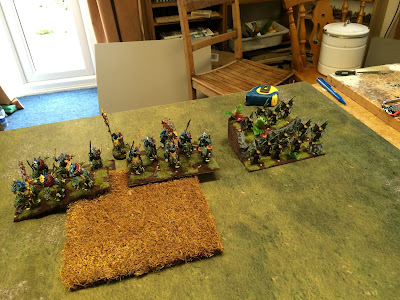 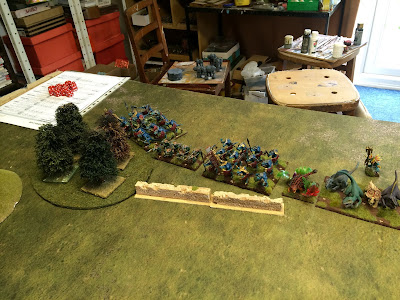 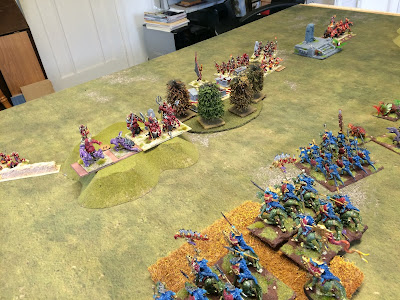 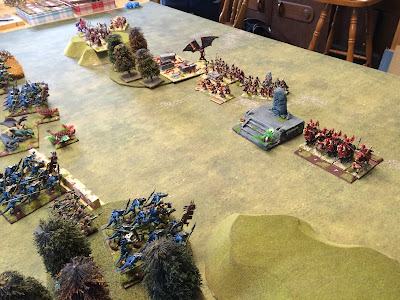 The Ancients stormed up the hill and routed the Despoilers whilst wavering the Molochs. Having Fury they counter charged despite the waver but could not push back the Ancients. On the Salamanders right the Abyssal Horsemen threw well and routed the Prime anchoring the flank. 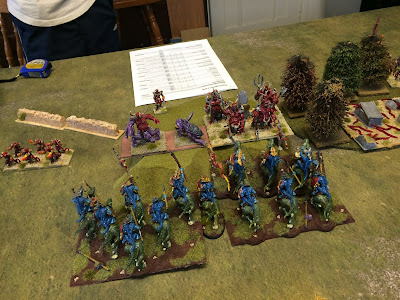 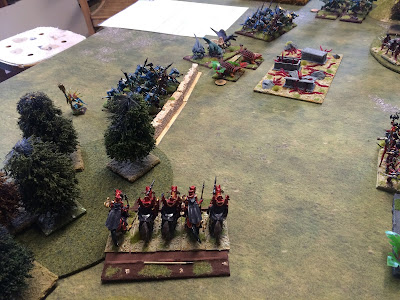 The surrounded Molochs were hit from two sides by the Ancients but the dreaded snake-eyes meant they stood despite taking 15 casualties and were in turn able to flank the Ancients wiping them out die to some previous hits. 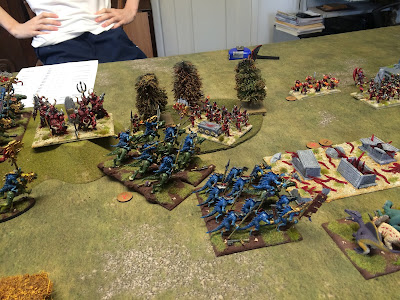 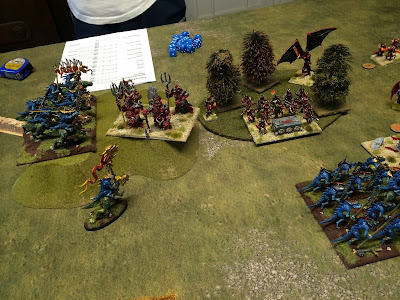 They did not survive a second flank attack and so some order was restored in the Salamanders centre. the Succubi were able to damage a couple of units but were dispatched just in time to allow the Salamanders infantry to meet the threat from the Abyssal horse in the rear. 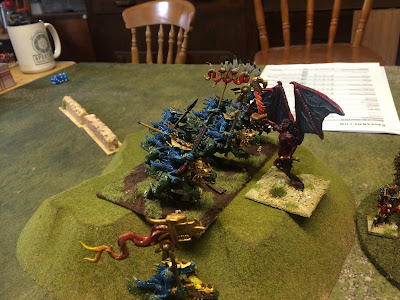 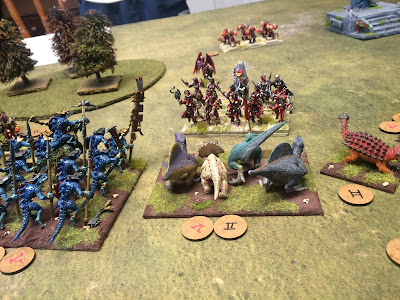 The game finished with the Abyssals reduced to about 10% of their points and the Salamanders on about 30%. The Abyssals proved tough opponents and have good features; almost everyone has Fury and Regeneration making them hard to grind down in combat, especially as the weaker armoured units tend to have Ensnare. They also have a good selection of fast / flying units and Efreets pack good shooting punch in a tiny area. 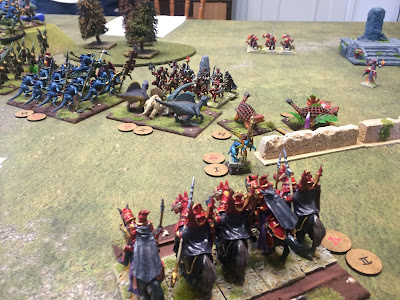 We also managed to get a few new units onto the table in the form of a Larvae Legion, 2 Troops of Flame bearers and the Champion. The Larvae use jelly maggots intended for fishing bait and tombs from Scotia-Grendall. 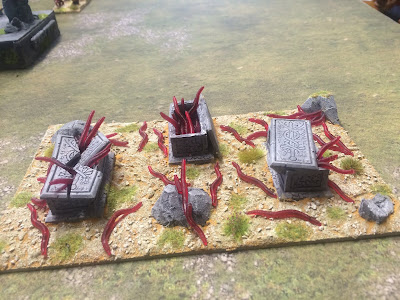 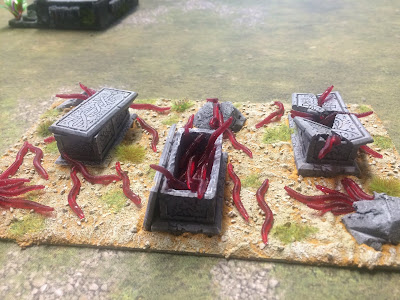 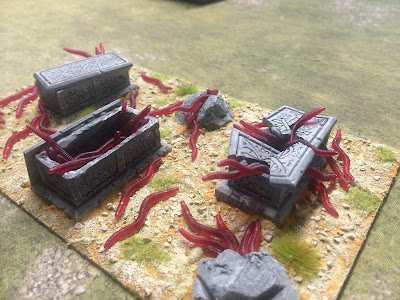 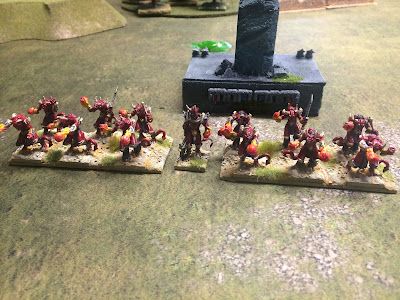 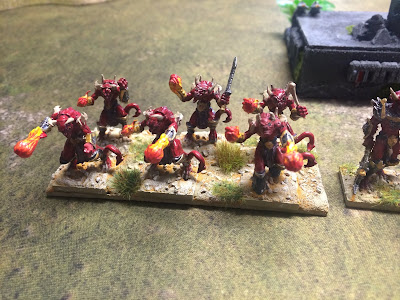