A tale of two forts - a Vanguard game

Round three of the campaign began with a skirmish game - capture the egg. In this scenario both sides must try to capture a dragons egg and get it back to their starting zone. As you can see the terrain was a small port, with the dragons egg sat on the dock-side awaiting transport. A slight twist is that on a 6+ (D8) an angry dragon would appear and breath on the egg thief, possibly knocking them over and forcing them to drop the egg. 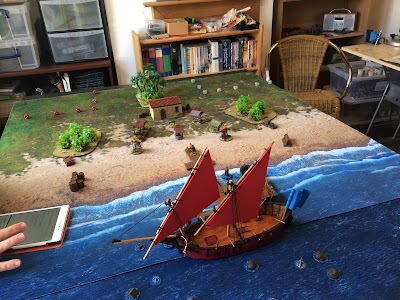 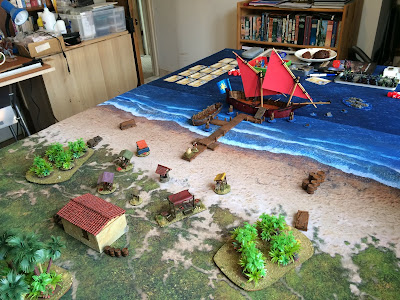 The Basileans deployed most of their troops in a tight clump, with the spooky Nightstalkers opting for a slightly more open formation. On this occasion I opted for a force with more Power Dice than previously; 1*Vet Sarg, 2*Sarg, 2*Paladins, 3*Men-at-Arms, 2*Scouts, 1*Wizard, 1*Vet Sister and the Ogre Guard. 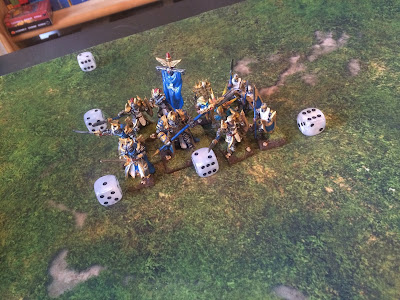 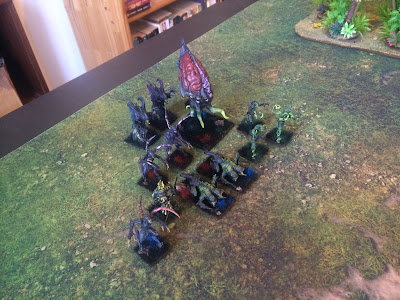 The Scouts proved crucial for this scenario though. Being able to deploy outside my deployment zone they could begin the game within 4" of the Dragons Egg and so be certain of reaching it first. 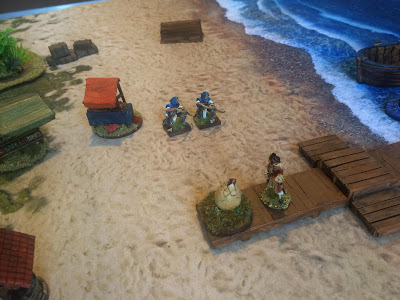 After 2 moves the Scouts had seized the egg and made off with such speed that it was clear the Nightstalkers would be unable to catch them. So with the result all but secure I decide to attack with the remaining Basileans to score some experience, rather than simple withdrawing with the prize. 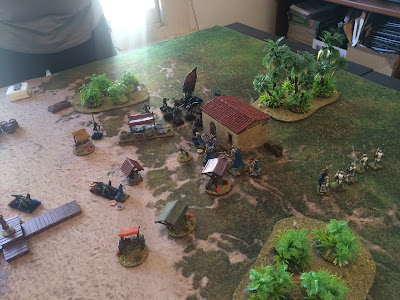 A fierce struggle ensued around a small warehouse near the docs. As is often the case the Basileans proved resilient but unlucky in the attack. Four rounds in I had lost 2 casualties without seriously hurting the Nightstalkers. The Ogre almost died but was rescued by the intervention of the Lizardman Priest. 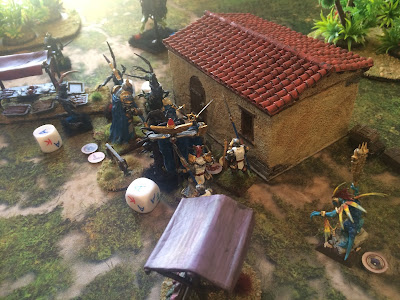 There was a slight wobble when the dragon appeared and downed the Scout, but a skilful flick pass to a waiting Sergeant enabled him to cross the line and win the game. The final score was 3 casualties to 1, in favour of the Nightstalkers but a Basilean victory. 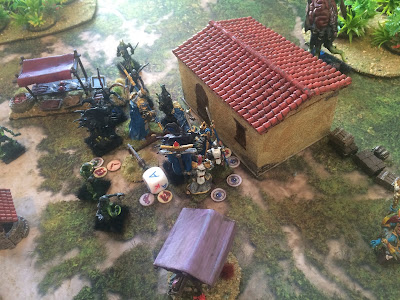 As you can see the terrain looked great and its nice to have a themed board, even if the result was decided after turn 1.
Posted by Wargamer Stu at 10:15