The third battle for the Russians was Take the high ground, in which they were attacking a heavily defended compound containing a number of vital military supplies. To improve the western forces we decided to allow the infantry to volley even when not in close order.

The Russians deployed their infantry centrally, with support from artillery. The cavalry deployed on the left. The Burphas spread-out across the table with the riflemen taking most of the cover. As the defender they had less points and so lacked their usual cavalry support. 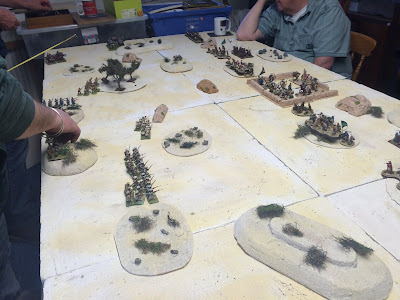 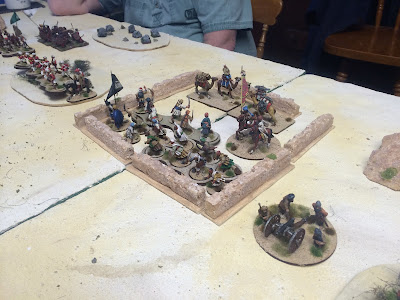 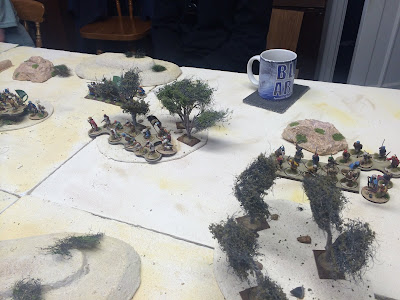 The Russians began a steady advance, looking to get into close range to deliver volley fire into the defenders.  Meanwhile the Cossacks forged ahead looking to engage the enemy as quickly as possible. 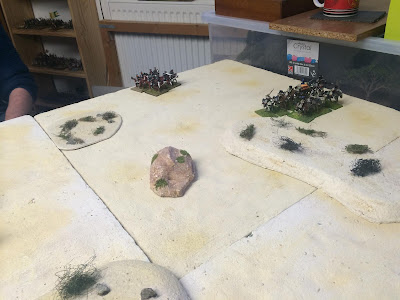 The Cossacks initial attack proved successful, routing a unit of Burpha from the table after a single charge and follow-up. The Russian infantry continued their dogged advance pinning several units of Burpha with accurate fire at close range. 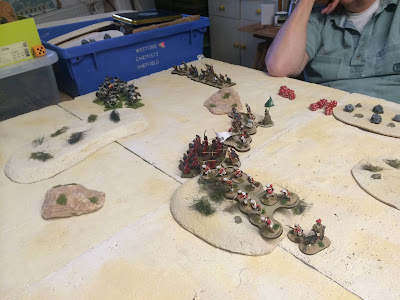 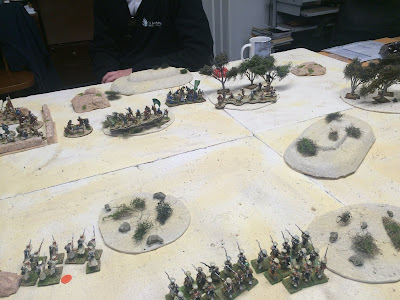 With the Cossacks still rampaging around the Burpha rear things were looking good for the Russians as they made good progress towards their objective. The Cossacks finally managed to rout 3 Burpha units and certainly destroyed the left flank. 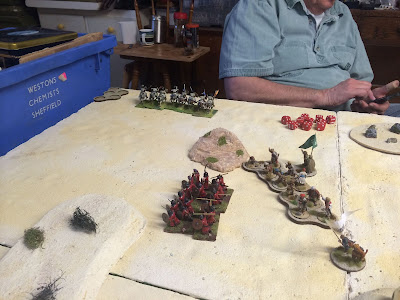 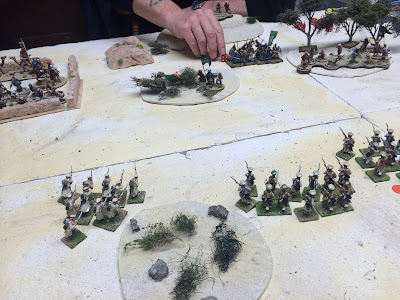 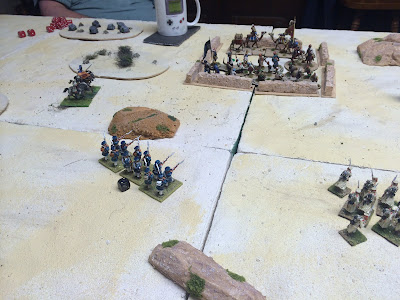 It was at this point that things became suddenly much less serine for the Russians as a unit of Burpha appeared on the flank of the line, just at the point the unit on the right flank became pinned by rifle fire. The Burpha crashed into the hapless Russians and sent them reeling back. They then pushed back a second Russian unit but crucially failed to pin them. 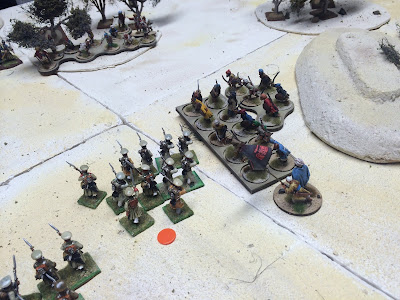 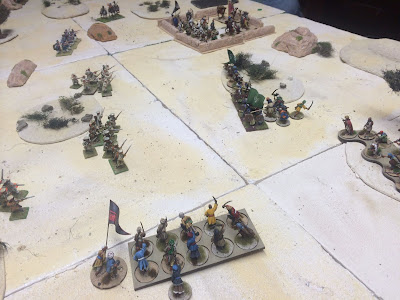 This pause in the attack enabled the Russians to pour artillery fire into the Burpha and stop them in their tracks. This stabilised the position and allow them to resume their advance on the objective. 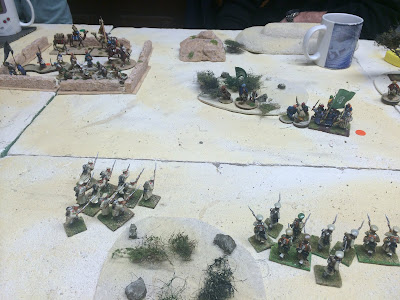 And so we have our first win for the western forces. The additional firepower we allowed the infantry certainly made a difference. The stars of the show were the Cossacks though as they made big inroads into the Burpha position and generally made a nuisance of themselves. 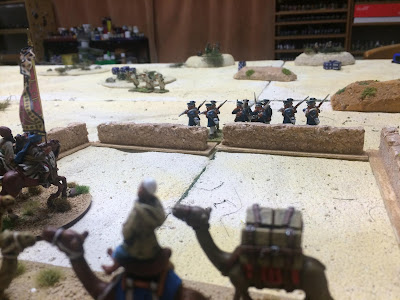